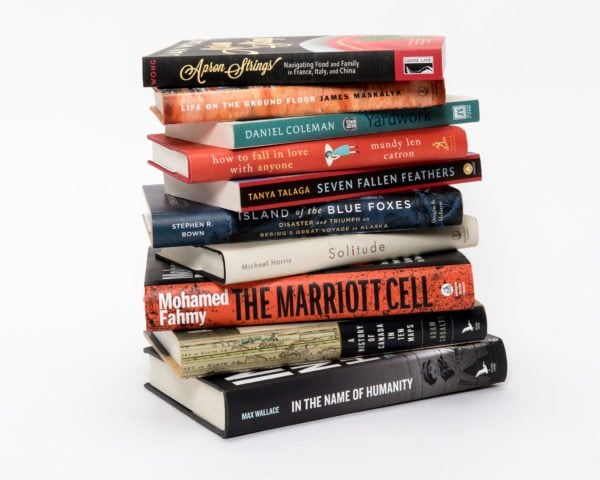 Ten titles have been nominated for the 2018 RBC Taylor Prize, which acknowledges excellence in Canadian literary non-fiction. James Maskaly’s shortlisted title, Life on the Ground Floor: Letters From the Edge of Emergency Medicine (Doubleday Canada), has already won the Hilary Weston Writers’ Trust Prize for Nonfiction. Tanya Talaga’s Seven Fallen Feathers: Racism, Death, and Hard Truths in a Northern City (House of Anansi Press) is also up for the B.C. National Award for Canadian Non-Fiction, which will be announced Feb. 1.

Jurors Christine Elliott, Anne Giardini, and James Polk read 153 titles submitted by Canadian and international publishers. In a statement, the jury praised this year’s crop of non-fiction titles for their diversity and inclusion of Indigenous voices and issues.

The longlisted titles are:

The shortlist will be announced Jan. 10, with the winner revealed on Feb. 26.