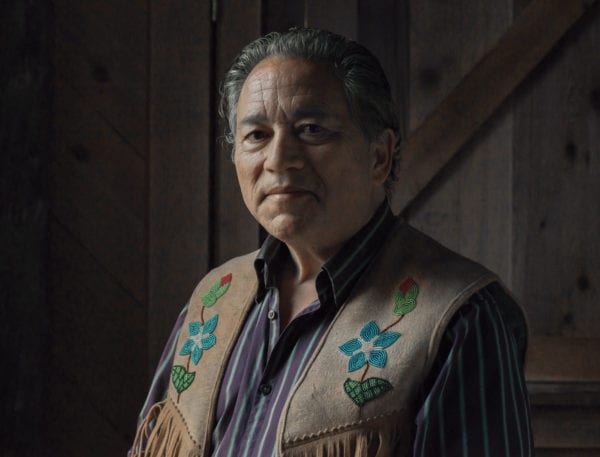 The new memoir from Darrel J. McLeod, Peyakow: Reclaiming Cree Dignity (Douglas & McIntyre), is rooted in traumas – both systemic and personal – from which the author emerges into a career of remarkable breadth and impressive achievements. Far from being a simple rags-to-recovery tale, Peyakow shows how light and darkness are entangled. “It’s about a Cree man making his way through the world and through a career,” McLeod says over video chat from his winter home in Puerto Vallarta, Mexico. “It’s all about realizing Cree dignity.”

McLeod’s first memoir, 2018’s Mamaskatch, won a Governor General’s Literary Award and was shortlisted for the RBC Taylor Prize. It is a coming-of-age story largely about growing up Cree in Northern Alberta Treaty 8 country in a culture and family reeling from colonial Canada’s genocidal policies.

His follow-up, out in March, picks up where the earlier memoir left off. The companion volume follows McLeod’s career as he moves from Vancouver to Northern communities, where he works in schools, first as a teacher then principal; thereafter, he pivots to high-level government jobs and ultimately an international role with the Assembly of First Nations.

The memoir details his role in key advancements for Indigenous Peoples over the past 30 years, including the development of the United Nations Declaration on the Rights of Indigenous Peoples, negotiation of the Nisga’a Treaty, and obtainment of the apology to the Nuu-chah-nulth for the residential school disaster, one made several years before the wider apology from the government of Canada.

“I think it’s important to look at work as more than something you do to earn a living,” McLeod says. “There’s a Cree work ethic. You carry your own weight, you contribute, and you look out for others.” You try, he says, to make the world a better place.

That context is made clear early in Peyakow, in the form of a dreamed or imagined dialogue. “We’re headed for trying times, Mosom,” a Cree stranger tells a boy shortly after Treaty 8 is quickly signed in 1899. “It will continue for seven generations, and our family will suffer deeply. Our language, our culture, our very existence will be endangered. Mosom, our family needs you to stay strong, to show us how to survive.”

Asked where we are in the prophesied seven generations of suffering, McLeod says, “We’re getting past it. We’re getting onto the seventh generation now.” He looks to his cousins’ children and other young Indigenous people and sees many entering adulthood both strong in their own culture and ready to be full participants in wider society. “I genuinely do think Indigenous young people are going to change the world.”

That strength follows generations of suffering, language loss, and cultural disruption. “My mom’s generation really took the big hit, where I’m from,” McLeod says, noting colonization and contact between Indigenous Peoples and settlers happened at different times in different parts of the continent.

His great-grandparents lived into their 80s and 90s, as did his grandparents. His mother and others from her generation died at around 50, and that’s been the average age among his siblings, two of whom died by suicide. “That speaks volumes about which generations took that hit.”

The book’s title is Cree for “one who walks alone,” and McLeod has given some thought to the sources of his own resilience. He writes, “I’d had Mother’s powerful love and attention, as well as that of [sister] Debbie and my aunties, uncles, grandparents, and older cousins, until I was seven years old. I’d been nurtured by my great-grandfather, Mosom Powder. My great-grandmother Philomene had found a way to let me know she cherished me.”

McLeod is part of a generation that is itself still culturally connected: “Basking unawares in the protective embrace of sweetgrass, sage, and tree fungus, I’d been nourished by the traditional foods Mother, Mosom, and my uncles and aunties harvested from the land: moose meat, bone marrow, fish head soup, rabbit, deer, beaver, mint, red willow shoots, and berries.”

But he is the last in the family with that experience. “Our home fell apart before the younger ones got to experience these things, and the older two, Debbie and Greggie, had been traumatized by Father’s untimely death from cancer at age 28.”

McLeod’s own challenges include the experience of childhood sexual abuse, which he writes about with heartbreaking clarity. Much of Peyakow’s hopefulness is found in the author’s own healing journey, one that involves yoga, a love of making music, and forays into stand-up comedy.

With a tennis lesson following our interview, he closes our conversation with a twinkle that suggests he’s having a good time; that joyful spirit comes across in the book as well. “I hope [Peyakow is] a road map not just to survival and having a healthy life but to having, and exalting in having, an exuberant life.”