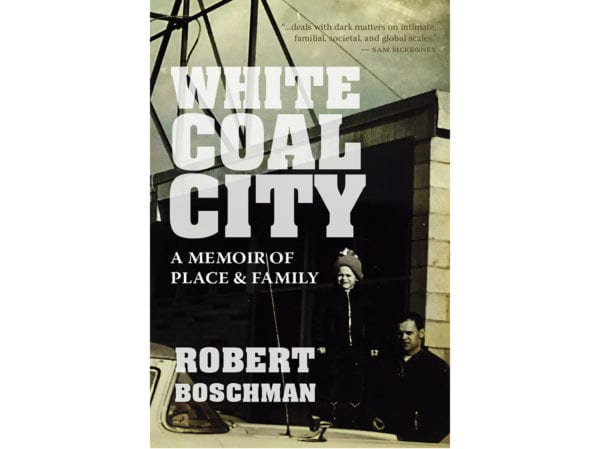 A deeply considered life might be laid out as a map, or a series of markings meant to keep record; White Coal City is a memoir made up of many significant moments, historical details, and stories passed down from person to person. Though sometimes disparate in approach and focus, all work to meaningfully explore the lineage of one family in Prince Albert, Saskatchewan. There are passages that resemble dispatches and fragments from an investigation, descriptive histories of places that were built on a “settled” prairie, and stories told in a poetic and melancholy tone. While White Coal City might take awhile to cohere as a whole, perhaps it is best for a reader to just accept each passage, chapter, and part as varied and individually interesting pieces of a larger work.

All told, these parts do add layers of depth and detail to the examination of the tragic death of Margaret Boschman, the potently looming matriarch of the Saskatchewan Mennonite settler family. The author has grown into the role of chronicler for his family, past and future, and for himself, in a very specific town and from a unique perspective.

White Coal City is a lengthy and perhaps deliberately loose collection at times, broken into four main parts (some of which could stand alone in their own right). This could distract and unmoor an impatient reader. Long chapters about reframed memory, historical and generational trauma, and familial secrets uncovered by time are mixed in with other vignettes of life in Prince Albert, sometimes with abrupt shifts by the narrator in era and age. Nonetheless, readers intrigued enough to carry on will be rewarded.

Boschman’s writing and approach is sincere in White Coal City, and this works well. The book functions as a frank deconstruction of the myth of “Canada.” Boschman even uses the quote by the late Gord Downie that “Canada is not Canada,” and this suits the overall tone. The title White Coal City itself is a play on the failed attempt to make Prince Albert a place of fortune through hydroelectric power, only to watch the La Colle Falls Dam fail and sit ruinous in the North Saskatchewan River. Prince Albert, named for a royal, is now saddled with prisons and the sulphur stink of a pulp and paper mill, a tendency toward violence redirected into hockey (which enchants the author while it lays bare truths about class, privilege, and social hierarchy), and a legacy of colonial brutality that serves as a foundation for so many Canadian towns and cities.

Boschman ruminates on all of this and how it has altered his family, as he earnestly attempts to unpack the complicated fabric of their lives. It’s very fitting that much of this orbits his formative years living at the King Koin, a laundromat and car wash that serves as a hub for all walks of life in Prince Albert. This is a memoir that moves from hard rural farm life on the Saskatchewan prairie to rough, uncertain years in an unforgiving, formidable northern town, with an author who uncovers a depth of generational and epigenetic weight. The stories in the latter half of the book are alone worth the price of admission, almost elegiac in the way they are retold and have been handed down piecemeal over generations. At times, it may feel as if Boschman moves erratically through a number of literary forms that leave the reader wondering where this narrative is heading, but there are indelible, lived-in moments and haunting images in White Coal City for readers who dig in and take the journey in good faith.