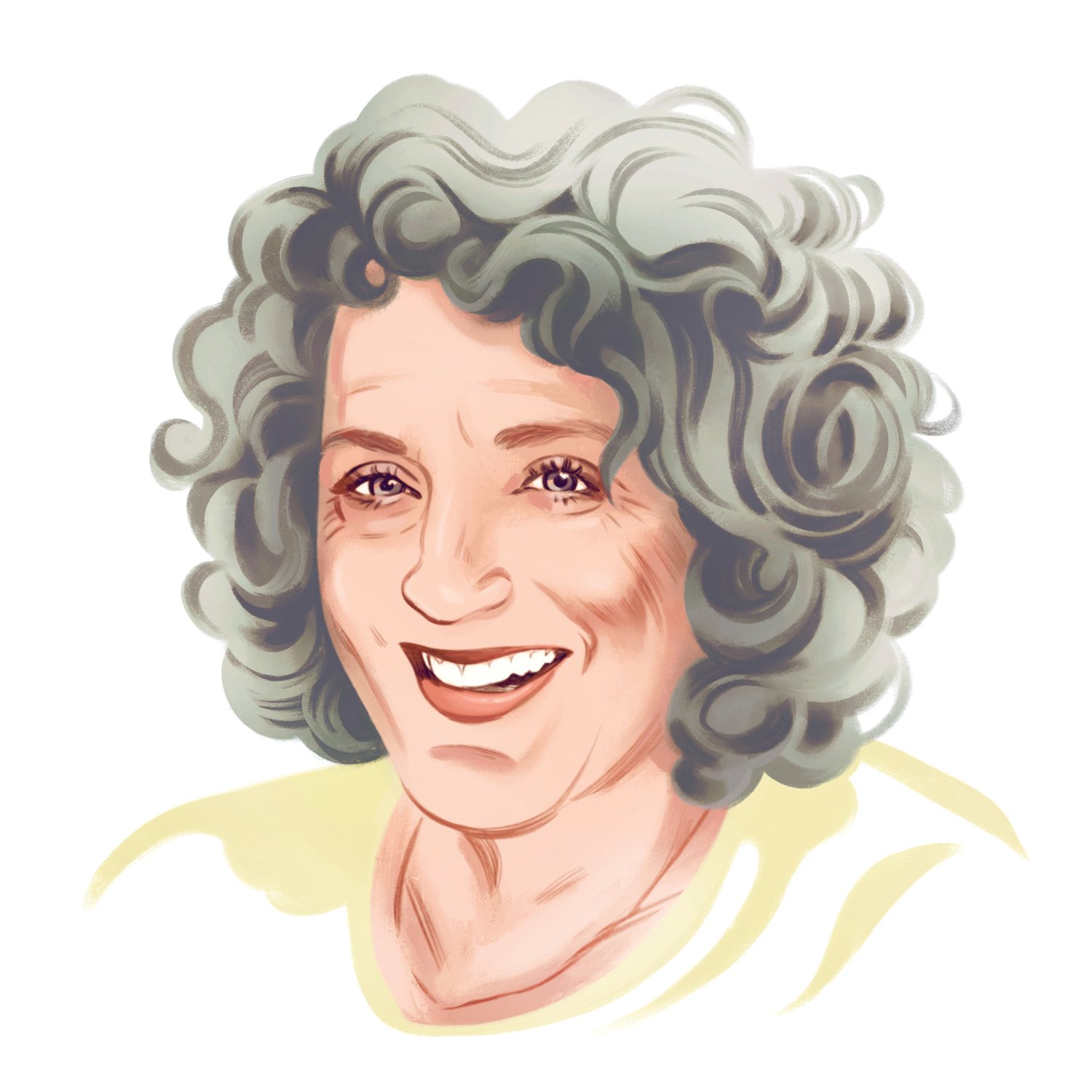 The dance studio in Kingston, Ontario, where Nancy Jo Cullen works part-time is quiet – for now. In a few hours, chaos will break out when the kids pour in for their weekly tap lessons. Although they’ve been taught to take small dance steps, the students are powerless against the temptation of tap-shoe stomping.

But Cullen doesn’t mind the chaos. She had been feeling lonely after her own two kids left home last year. And this gig keeps her financially afloat and takes her back to her early days working in theatre.

“It’s nice to be surrounded by loud, messy children and to land in a creative environment,” she says.

Cullen grew up in a noisy Catholic household in northern B.C., the youngest of seven siblings. She recalls one of her earliest ambitions was to become a saint. Joining a convent like Maria von Trapp never appealed and church doctrine prohibited her from becoming an altar boy like her older brothers. Even as a child, Cullen says about herself, “Nancy never dreamed small.”

Cullen now looks back on her experiences with Catholicism as both “beautiful and damaging.” She appreciates the mystery of the ceremonies and rituals, but the acute “hell trigger” fear that came with growing up in the church resulted in Cullen not coming out as a lesbian until she was 30. “I tried to avoid that part of myself for a number of years,” she says. “It took me a long time to understand it was hurt feelings I had because I just felt pissed off, but there was just no place in the Catholic church for me.”

Frances “Frankie” Murray, the twentysomething wise-cracking protagonist of Cullen’s debut novel, The Western Alienation Merit Badge, is deeply affected by her Catholic family and their attitudes toward her, but unlike the younger Cullen, “she has very little shame about her sexuality and didn’t struggle with that part of herself.”

After Frankie’s stepmother Doris dies, Frankie reluctantly leaves her girlfriend in Europe and returns to Calgary to help her sister Bernadette take care of her grieving father, Jimmy. Back in Canada, Frankie reconnects with Robyn, a free-spirited childhood friend who injects even more chaos – and vodka – into the newly reunited Murray home.

The Western Alienation Merit Badge is a time-jumping, multi-character narrative that serves as a queer coming-out story, but is also an examination of grief and how families can overcome seemingly insurmountable emotional barriers. The book is mainly set in 1982 Calgary during a devastating Alberta recession still held today as a measuring stick for the province’s economic health.

Cullen herself moved to Calgary – where both her parents were raised – in 1985 and witnessed how the financial fallout had affected people like her brother, who had been living high off oil money and then lost it all. She recalls how poor and rundown the city felt; the anti-Liberal anger and pervading sense of loss fuelled by Prime Minister Pierre Trudeau’s controversial National Energy Program, which aimed to redistribute Alberta’s oil revenues across the rest of the country, still resonates today.

While living in Cowtown, Cullen established a theatre company dedicated to feminist productions and began writing poetry. Her three collections with Frontenac House  – Science Fiction Saint (2002), Pearl (2006), and Untitled Child (2009) – stand out for their raucous play with language and fearlessness in tackling subjects like mental illness, addiction, sexuality, and grief. She attributes the humour that crackles throughout her writing to her family and growing up wild in her own group of seven. Joking helped them through crises like their dad’s early death, broken marriages, and sibling in-fighting.

“It’s kind of exhausting sometimes,” she says. “But in the end, we all come around to humour and that’s what keeps us together.”

In the late aughts, Cullen decided to leave theatre life and moved from Calgary to Toronto with her two kids to pursue her master’s in creative writing at the University of Guelph-Humber. She graduated in 2010 at the age of 48, the same year she received the Writers’ Trust Dayne Ogilvie Prize for LGBTQ Emerging Writers. Cullen relocated to Kingston after meeting her partner, the acclaimed poet and author Helen Humphreys.

Cullen’s debut story collection, Canary (Biblioasis), won the 2012 Metcalf-Rooke Award and was longlisted for the 2013 Frank O’Connor International Short Story Award. Soon after, she decided to write a novel as a personal challenge. Although Cullen says she should have known how much work was involved, she still felt unprepared for the arduous process.

“I didn’t realize it was going to be so flipping hard to write a novel,” she says. “You have to carry those ideas in your brain for a long time. When you write short form, you can stay in that one place until it’s right, and it doesn’t take nearly as long as it takes to get a novel right.”

Now that her novel is complete, Cullen is back working on a poetry collection she originally planned to abandon and is in the early stages of thinking about her next project. It may not be another traditional novel – it could be a series of linked short stories or a story-novel hybrid. While she hasn’t settled on the structure yet, Cullen knows whatever she comes up with in the end will be darkly funny, because “I can’t help it.”