So much of growing up is yearning for something that seems permanently out of reach. This batch of picture books attempts to show kids how to cope with the seemingly unsolvable predicament of wanting what you can’t have.

In Little Juniper Makes It Big, B.C. author-illustrator Aidan Cassie tells the story of an exasperated young raccoon. Juniper feels confounded by the fact that everything in her family’s house is too big for her, so she’s thrilled when a squirrel classmate invites her for a sleepover at a squirrel-sized home. What comes next is a lesson in perspective, both physical and figurative.

While Juniper is initially enamoured by the smaller abode, she soon experiences the discomfort and inconvenience of a tinier space. Cassie makes Juniper’s changing thought processes easy to follow. Juniper’s initial frustration at her small status is illustrated via jerry-rigged contraptions that increase her height. Later, she sheepishly tries to cram herself into the squirrel’s dress-up clothes, climb onto a minuscule swing, and squeeze into an itty-bitty bottom bunk.

These manifestations of Juniper’s inner state make her eventual change of heart utterly convincing. In addition, the story gives young readers the chance to experience some rewarding wish fulfillment alongside the protagonist before Juniper realizes that the grass is not always greener on the other side. And the big, glistening animal eyes combined with the delightful domestic minutiae that Cassie incorporates into the wilderness residences make the delivery of the message especially tender and cozy. 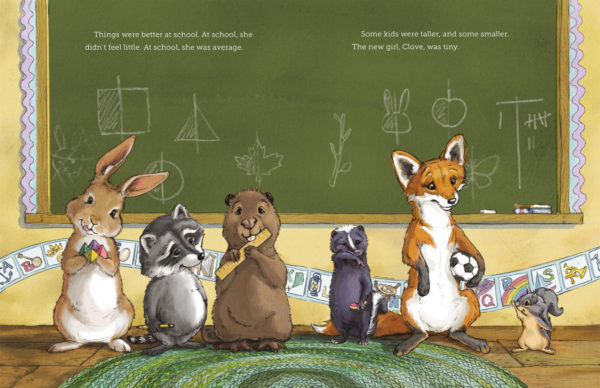 Unlike Juniper, Tuffy is happy at home – until a comic book superhero upsets the status quo. In Dog vs. Ultra Dog, by Troy Wilson and illustrator Clayton Hanmer, Tuffy is overcome with self-doubt and jealousy when his child owner, Tim, gets an invitation to a meet-and-greet with his favourite comic book character, Ultra Dog. Tuffy’s problem gets worse – and more hilarious – when a mocking neighbour cat starts acting as the devil on his shoulder, spouting pessimism and doubt. Things are resolved rather quickly when Tuffy unintentionally puts himself in danger and Tim responds with a barrage of affirmation. The story effectively shows how jealousy can be eradicated by a strong sense of self-worth and communication.

The way Wilson and Hanmer centre the plot on comics makes this book feel unique. Many child readers may make the connection to their own pet envying a literary fictional hero like Dog Man or Binky the Space Cat – a ridiculously entertaining prospect and one kids have likely never considered before. Served up in Hanmer’s vibrant, energetic cartoons, the story feels completely spontaneous, with characters leaping in and out of frame spouting wisecracks. It’s slick, sharp, and wildly kinetic. 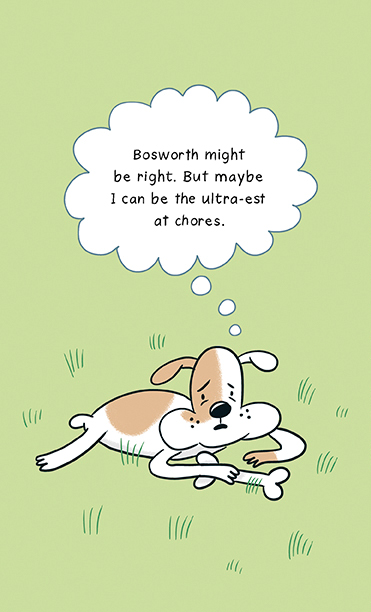 In What Are You Doing, Benny? by Cary Fagan with illustrations by Kady MacDonald Denton, a young fox desperately wants to play with his older brother, Benny. But Benny is one cool cucumber, calmly going about his business while his unnamed younger sibling bombards him with questions and pleas for attention. The repetition of the refrain “No, said Benny” continues until the baby brother finally gives up and plays on his own, re-enacting his rejection with a set of puppets. It’s not totally clear if Benny is moved to change his mind after overhearing the puppet show, or simply by the fact that his younger brother has backed off. But Benny eventually extends an invitation to do something together.

In addition to a lack of clarity around Benny’s change of heart, some other issues preclude a full understanding of the siblings’ interactions. The fox brothers look nearly identical and an absence of quotation marks make the story challenging to follow. The illustrations and text are presented in panels, which does a disservice to the pace, downplaying what should be a cumulative build up of Benny’s repeated refrain. 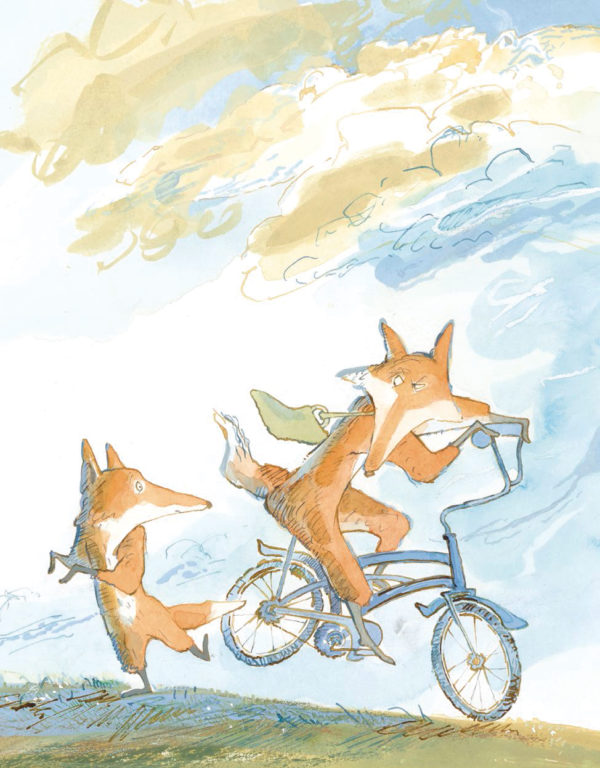 What Are You Doing, Benny?

When you can’t get what you want, you sometimes have to change what you want. These three books offer concrete solutions by encouraging kids to test their assumptions, employ communication instead of negative self-talk, or, when all else fails, go it alone and make your own fun.