The Virtues of Disillusionment 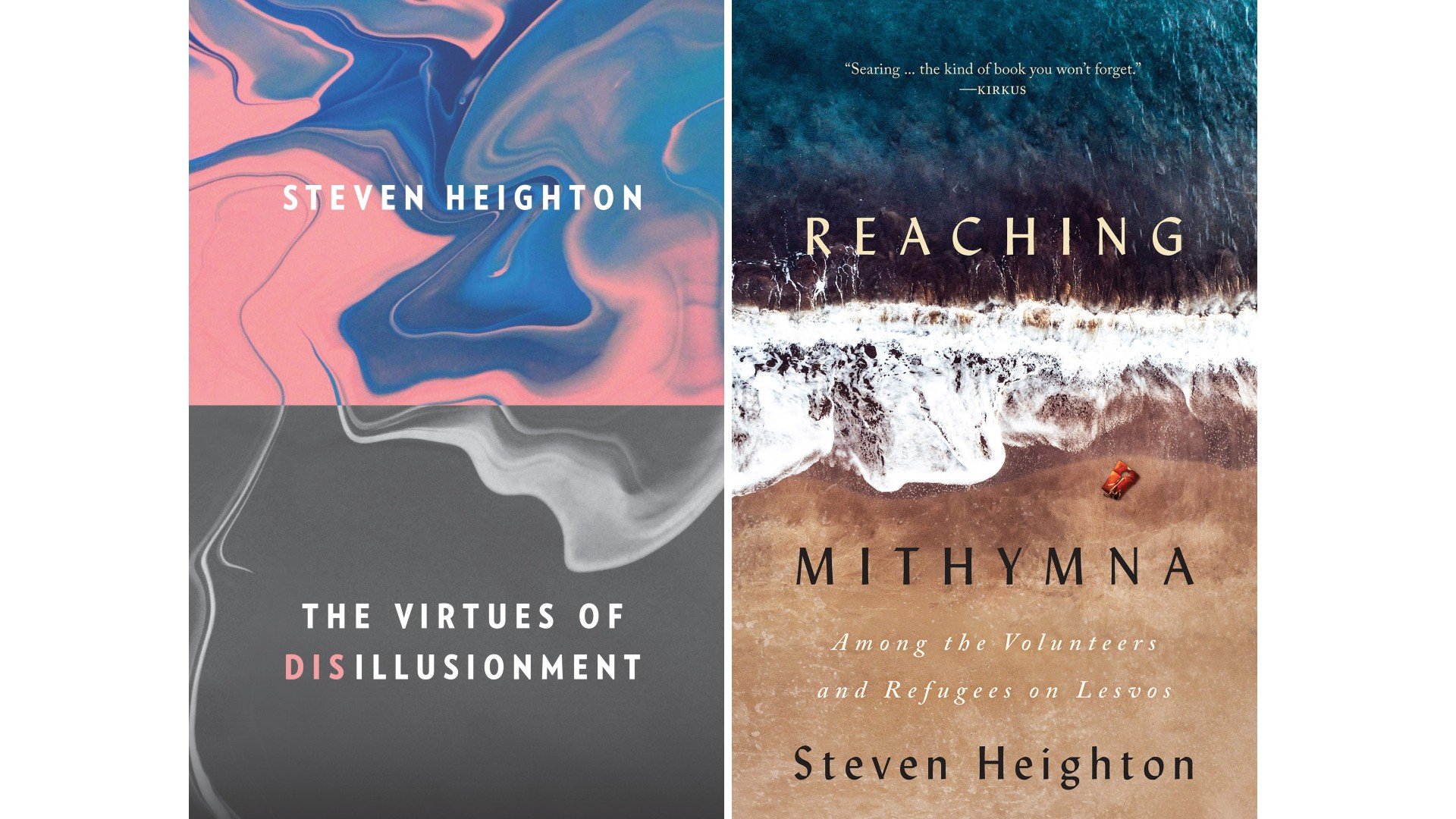 The word “disillusion,” Steven Heighton posits, is something of an anomaly in the English language: a double-negative construction that yields not a positive synthesis but a negative. It’s a “paradox,” Heighton explains, using mathematical principles to underscore his point. “Illusion” carries with it an almost universal negativity (“a false conception … a lie, a delusion”), and “if we agree that ‘illusion’ is a negative and the prefix ‘dis-’ a kind of minus sign, then logically and by mathematical analogy ‘disillusion’ and ‘disillusionment’ must be positives, no? And yet in common parlance they’re anything but.”

The Virtues of Disillusionment, the text of a speech Heighton gave earlier this year as writer-in-residence at Athabasca University, unpacks this paradox not only linguistically and mathematically but through a series of external references and, most crucially, through his own work. While the pages are strewn with supporting arguments gleaned from the likes of Leo Tolstoy, Sylvia Plath, Leonard Cohen, and Zeno of Elea, Heighton’s most provocative material is personal. A participant in “the great chicken raffle of 1990s CanLit,” Heighton returns to the somewhat disappointing publication of his first novel, The Shadow Boxer, discovering late in the novel a passage that begins, “How was it that both ‘illusion’ and its opposite, ‘disillusion,’ could mean negative things?” The main character’s journey is a process of gradual disillusionment, leading to positive changes and greater care in his life. But not so for Heighton: “apparently I didn’t really want that for myself.”

Heighton’s essay is an enthralling one-sitting read, a thought-provoking account of a linguistic paradox, the creative drive, and the author’s growing self-awareness. It resolves as Heighton turns to his just-completed memoir, Reaching Mithymna, “twenty years later, still giving myself advice – the same advice – still coaching myself onward up that infinite, indefinite road.” It’s a striking, clear-headed moment: a writer able to grasp not only the ostensible “subject” of a lifetime’s work, but digging deeper, into the murky, paradoxical depths which usually defy logical comprehension.

The Virtues of Disillusionment also serves – secondarily – as a key touchstone for Reaching Mithymna, Heighton’s account of the several months in the fall of 2015 spent volunteering to assist with the Syrian refugee crisis on the Greek island of Lesvos. Not that the book requires any external referent: Reaching Mithymna wears its heart on its sleeve.

Heighton travelled to Lesvos on something of an obscure impulse. “I’m still not sure why I’m here,” he writes, “beyond a wish to do something useful, involving flesh and blood people instead of invented characters and words on a screen. … [L]et’s see you act for a change, not just pipe dream and make principled noises; not just write about Mediterranean refugees in a novel, as I was then doing.” His restrained idealism is immediately countered by the reality of the situation, from the heartbreak of the crisis itself to the social structures of the world the volunteers are building, often out of scraps and paltry donations.

The key to the book’s force is Heighton’s imperative to humanize and individualize everyone he encounters, from the volunteers – a ragtag gallery, constantly shifting as people move from one facility or camp to another – to the refugees themselves. There are few, if any, background figures; wherever possible, Heighton provides backstories and close observations of behaviour. These are not statistics but people, each sensitively depicted, captured in moments of extreme stress.

Heighton doesn’t spare himself from this examination. Despite his Greek lineage and his travels to the country, the author is very much a stranger in a strange land, isolated by his history in Canada and his limited knowledge of the local language. The book follows not only his work with refugees and contact with the volunteer community, but his exploration of himself as he attempts to live within the persistent competition between two contradictory impulses, “the aspiration to be more awake – aware, intentional, passionate, engaged – and a longing for anaesthesis.”

Disillusionment is the underlying theme of Reaching Mithymna. Powerful NGOs emerge as virtually an occupying force, financed and competitive, seemingly at odds with the smaller volunteer organization. Relationships between the groups are fraught, characterized by delicate diplomacy and outright conflict. Supplies are limited; everywhere Heighton turns, and at every level, essential humanity is at risk. As Heighton writes in the book’s coda, “Everyone gets away with certain things for a while, but no one gets away with everything forever. This stretch of coast, from carousel to sunset, exudes a sense that the game is up, the party over, illusions played out. Then again, if our illusions are harmful, isn’t disillusionment a good thing, a necessary correction so painful that our word for it is negative? Nobody ever changes until they have to.”

Reaching Mithymna is a stunning book, by turns heartbreaking and affirming, fundamentally human in its depth and scope. That it ends on a note balancing hope with loss, optimism with pain, is characteristic of its grace and power.