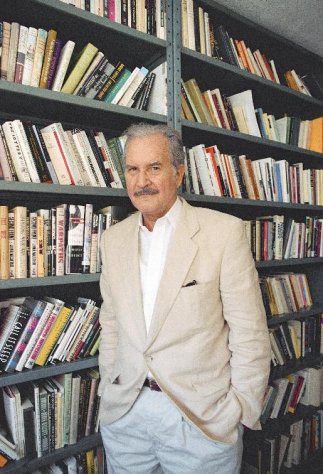 Until the very end, Carlos Fuentes was writing.

The 83-year-old Mexican novelist died Tuesday in a Mexico City hospital. He published an article in the Mexican newspaper Reforma on the same day.

Author Jose Agustin told the BBC, “[Fuentes] became an essential protagonist in Mexican political and cultural life. He had an immense value, from his first launch in the 1950s he never once backed down for anybody.”

At 29, he wrote his first novel, Where the Air Is Clear, but it was his 1962 novel, The Death of Artemio Cruz, that brought him international recognition. The novel, about a Mexican revolutionary on his deathbed, dissects the disappointments and failed promises of the 1910 Mexican Revolution. Fuentes often used fiction to highlight the injustices he saw in the world.

Other classics include Aura, Terra Nostra, and The Good Conscience. Outside of Mexico, he is perhaps best known for The Old Gringo. The novel, about an American journalist who disappears at the height of the Mexican Revolution, was adapted into a film starring Gregory Peck and Jane Fonda. His works have been translated into more than two dozen languages.

Often in the running for the Nobel Prize for literature, Fuentes was the recipient of the 1987 Cervantes Prize, the Spanish-speaking world’s highest literary honour. He received Spain’s Prince of Asturias Award for literature in 1994 and was named a commander of France’s prestigious National Order of Merit in 1997.

Born in 1928 in Panama, Fuentes spent much of his childhood in the U.S., where his father was a diplomat. Like his father, he had an active political life. He was the Mexican ambassador to Britain in 1968, and to France in 1975. Fuentes, considered a leftist, criticized Mexican drug violence, harsh U.S. immigration tactics, and the war on terror.

On March 19, 2011, he went on a tweeting frenzy. His final post read, There must be something beyond slaughter and barbarism to support the existence of mankind and we must all help search for it.