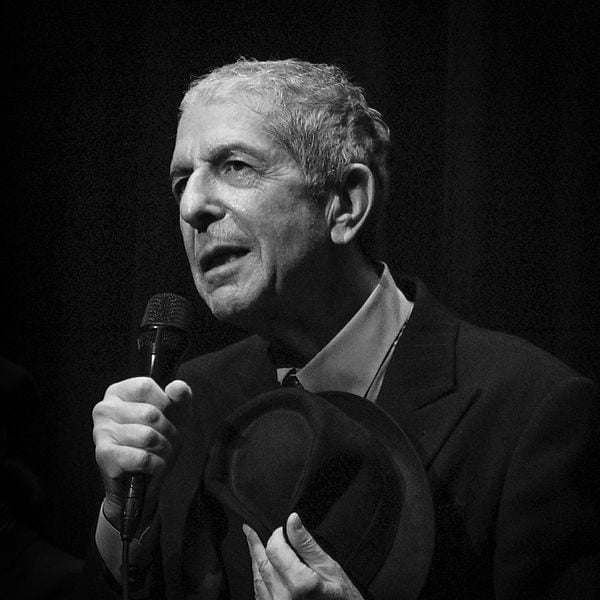 In the final years of his life, Leonard Cohen stopped work on an album he and producer Pat Leonard had been collaborating on. The fabled singer-songwriter had been felled by what he referred to as “severe back injuries, and other disagreeable visitations.” It was his son, Adam, who convinced the elder Cohen to return to work on the unfinished recording; the result, released shortly before the musician’s death in November 2016, was You Want It Darker, one of Cohen’s most sombre albums – and also one of his best.

It appears Cohen’s drive to create was not confined to the realm of music. McClelland & Stewart has announced it will publish a posthumous collection of poetry, lyrics, and drawings that Cohen was apparently working on up until the days before his death. Entitled The Flame, the new collection is scheduled to appear in Canada on Oct. 16, 2018.

Robert Kory, who acts as trustee for the Cohen estate, states that in the final months of Cohen’s life, completing work on The Flame became the poet’s “singular focus.” The book’s theme, which Kory describes as the “flame and how our culture threatened its extinction,” is melancholy, but Kory asserts that the new work is also a testament to “the intensity of [Cohen’s] inner life.”

The book is a combination of poems and extracts from the author’s notebooks, which will appear alongside sketches and the collected lyrics from Cohen’s final three albums.

M&S publisher Jared Bland calls it “a solemn honour” to publish the book, which he says “is full of Leonard Cohen’s signature combination of grace, humour, wisdom, and heartbreaking insight into the fragility and beauty of this world we all share.”

The deal was brokered by agent Andrew Wylie, and the book will be published in the U.S. by Farrar, Straus and Giroux and in the U.K. by Canongate.

The publication marks a doubly sombre occasion, for M&S, as this will be the first work of Cohen’s to appear since the death of his longtime editor and publisher, Ellen Seligman. When Seligman died in March 2016, Cohen commented, “She slipped away with the quiet elegance that characterized her life.” The same might be said of Cohen himself, who died mere days before the U.S. presidential election of 2016.

Though Cohen did not live to see the result of that election – or what has become of the country he famously dubbed “the cradle of the best and of the worst” – the announcement of this new work feels auspicious, a posthumous lament from a voice we still sorely need.