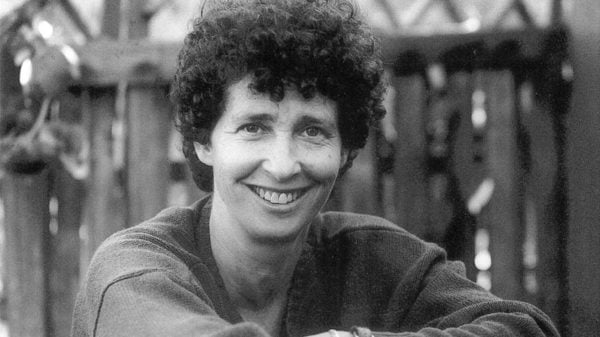 When Nancy Richler’s agent, Dean Cooke, telephoned to inform her that her third novel, The Imposter Bride, had been shortlisted for the 2012 Scotiabank Giller Prize, the author was washing her floor. She “acknowledged the call but told me she really had to get back to her cleaning,” said Cooke in a statement released last week, following the announcement of Richler’s death in Vancouver.

Cooke’s anecdote jibes with the portrait friends and colleagues paint of a writer who was compassionate and caring, while remaining fiercely committed to her craft. “Nancy was a warm, generous person and a tremendously gifted novelist,” says Ami Sands Brodoff, who first met Richler in 2008 at Vancouver’s Jewish Book Festival. The two shared reminiscences of life in the Jewish section of Montreal, which is also the setting for Richler’s Giller-shortlisted third novel.

Richler, who died of complications from cancer on Jan. 18, was born in Montreal and attended Brandeis University in the U.S. According to her website, she began writing her first novel at the age of seven, but didn’t begin to pursue a professional writing career until moving to Vancouver as an adult. It was there that Richler became frustrated with the apparent public indifference to the disappearances of numerous city sex workers, a subject that provided the raw material for her first novel, 1996’s Throwaway Angels.

That novel was followed in 2002 by Your Mouth Is Lovely, which won the Jewish Book Award for fiction. It was published by HarperCollins, which also brought out The Imposter Bride in 2012.

Iris Tupholme, who acquired Your Mouth Is Lovely for HarperCollins in Canada, praises Richler’s exhaustive research about shtetl Jews in 1905 Russia. “I loved being pulled into that world. It was a very exciting time in world history, obviously,” says Tupholme. “Nancy situated these really complicated, nuanced people in a very dramatic, larger political scene.”

The fidelity to history – and to a historical milieu – extends to Richler’s third novel. Finding inspiration in the story of the author’s own paternal grandmother, The Impostor Bride is about a Jewish survivor of the Second World War who comes to Montreal to be married, only to be summarily rejected by her prospective bridegroom. Writing in The Globe and Mail Donna Bailey Nurse says that the novel “elaborates Richler’s essential themes: Jewish history, maternal absence, female experience and the significance of the word.”

“I found The Imposter Bride to be that unusual combination: beautiful writing and a riveting story,” says Anna Porter, one of the 2012 Giller jurors. “I am sorry Nancy Richler will not be writing another novel.”

The Imposter Bride is set in the Montreal of Richler’s childhood, a city that Tupholme says the author had to leave before she could write about. For Tupholme, the novel works as a vibrant portrait of postwar Montreal, as well as operating on a more personal level. “What runs through Nancy’s novel – and through all her work – is this really remarkable empathy and compassion for people,” Tupholme says.

It is precisely that empathy and compassion that those who knew Richler keep returning to when speaking about her. “Nancy’s fiction was an extension of her personality,” says Tupholme. “She had an incredible love and optimism and hope for life. She was very quick to laugh, she enjoyed life. She was a very special person.”