“I’ve always had a bit of a weird thing about eyes,” says Heidi von Palleske.

As it turns out, this “weird thing” played an essential role in the genesis of von Palleske’s sophomore novel, Two White Queens and the One-Eyed Jack, which Dundurn will release in February. When the author debuted her first novel, They Don’t Run Red Trains Anymore, which was published by her own, now semi-dormant micro-press, Smart House, one of the attendees at the launch was an artist friend who had suffered an ocular stroke. “He was painting like crazy because he had this fear of losing the other eye,” von Palleske says. It’s a fear that struck a chord. “We don’t think, Oh my God, what if I lose my spleen? But if we lose one eye, we do worry about losing the other one.”

Von Palleske was still mulling over that interaction as the deadline for a Toronto Arts Council grant approached and she realized she had no new writing to accompany the application. She huddled down in a café with a “very large latte” and wrote 5,000 words flat out. “I just proofed it quickly and threw it together,” she says. “They gave me a grant and I thought, Now I’ve got to write the book.”

The resulting novel is a gothic-tinged coming-of-age story that begins with a boy named Johnny (soon to become Jack) falling out of a tree and losing an eye. The book also includes two albino twins, who grow up to form an operatic punk duo named Bleach, and Jack’s artist friend, Gareth, who is consumed by guilt over his role in his friend’s accident. Gareth whiles away his time in high school doodling photo-realistic representations of human eyes in the margins of his notebooks; Jack, meanwhile, accompanies his mother, Hilda, to Germany to visit an ocularist who has turned forging glass eyes into an art form. 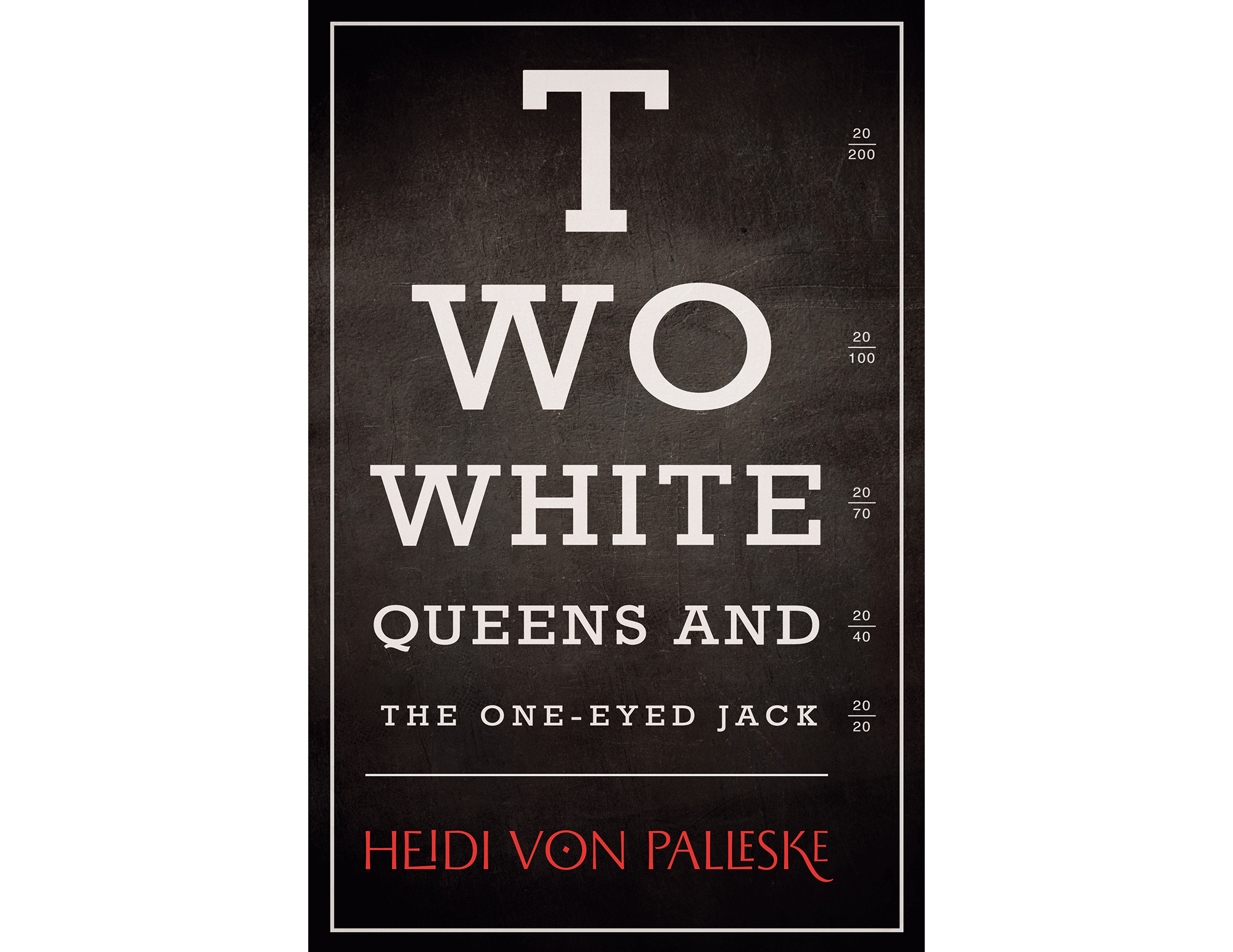 The writing of Two White Queens was spurred on by von Palleske’s self-imposed discipline. “I’m not religious, but for some really strange reason I do Lent every year,” she says. “I punish myself for 40 days and then the rest of the time I can do what I want.” Von Palleske’s Lenten “punishment” involved a regimen of daily writing, a habit she kept up once the penitential season was over. “I learned something amazing at this late stage of my life: if you do something every day, it becomes easier to do.”

The fact that the ascetic practice of daily writing came as something of a surprise to the author could be in part because her work as a novelist represents a second career. (Or third, if one counts her time as a publisher for Smart House, which brought out nine titles over the two years between 2017 and 2019.) If people recognize von Palleske’s name or face, it is probably as a result of her appearances in films such as David Cronenberg’s Dead Ringers and the television series Street Legal. Though she did well in English throughout high school, the Toronto-born writer chose acting as a career path almost by chance. “I decided that I would play to fate, and I would audition for one theatre school only. If they took me, then I was destined to be an actor,” von Palleske says. “And they did.”

Von Palleske credits her work as an actor with giving her an affinity for dialogue and different characters’ voices. “You get a good ear. You know what works and doesn’t work,” she says. And there is another advantage for a writer working as an actor: “You read a lot of books because there’s a lot of time waiting around on set.”

While the two professions are not at odds with one another, von Palleske admits that she has had occasion to bargain with herself about her true calling. “There are times when I’m on a set having a horrible time and I think, It’s okay, I’m really a writer,” she says. “And there are times when I’m looking at a blank page and I go, It’s okay, you’re really an actor.” But the two vocations share a common focus on story, plot, and character that does render them complementary in von Palleske’s mind. “The only difference is that one is interpretive and the other is generative.”

For now, though von Palleske continues to act in films when the opportunity presents itself, she has no plans to give up writing. During COVID-19 lockdown, she has been composing sonnets that she shares on social media, some of which have been recorded by actor friends of hers. And she is already well into work on the sequel to Two White Queens. “I have to spend as much time writing now as possible because I want 10 books on the shelf before I die.”