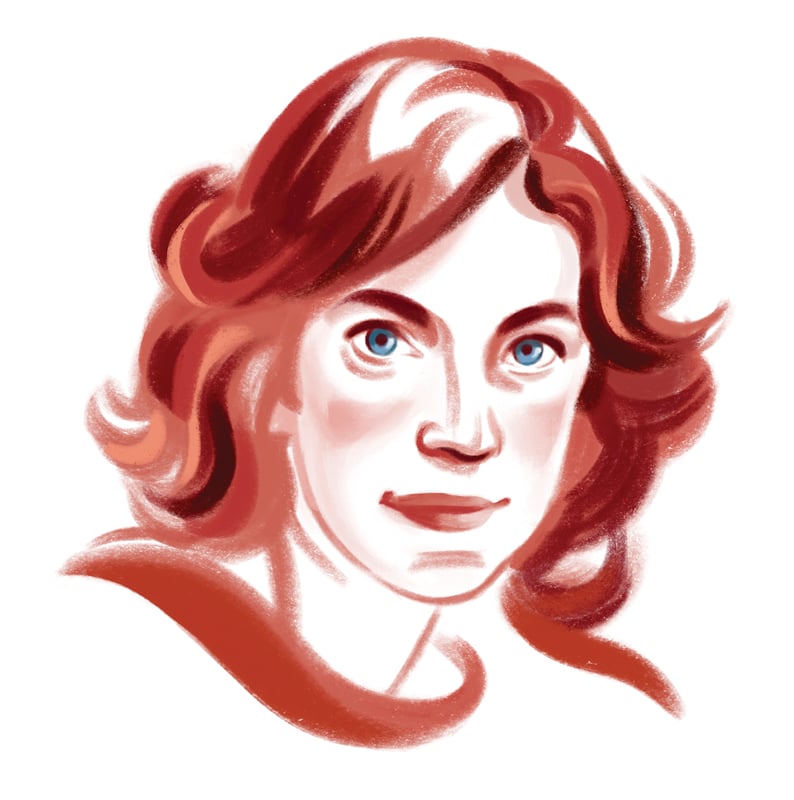 When Sarah Henstra was notified about winning the Governor General’s Literary Award for her adult fiction debut, The Red Word, she had to apologize for her reaction. “Those of us shortlisted had been told the winner would receive a call in the week after Thanksgiving,” says Henstra, who was spending that time in New York City writing and meeting with her U.S. publisher. “Tuesday afternoon came and went and then Wednesday. I thought there’s no way they’re going to make five writers wait any later in the week.” So she put the award out of her mind, stopped checking her phone, and got down to work. “I’m good at siloing one set of concerns to carve out space for another set of concerns.” On Friday, Henstra got the call. “Even though I saw the 613 number, it didn’t register,” she says. “I had talked myself out of the possibility. The woman [from the Canada Council] said, ‘I have good news: you’ve won the Governor General’s Award.’ And I said, ‘Why didn’t you call me sooner?’ [I was] so rude.”

Sitting in the kitchen of her west-end Toronto home in mid-March, Henstra looks out on a backyard garden that she recently landscaped (using some of the $25,000 award money). It should start blooming around the same time that her next novel is published. We Contain Multitudes (Penguin Teen, May) is a young-adult gay epistolary romance set in a Minneapolis high school in the 2015–16 school year. Two couldn’t-be-more-different teenage boys are given an English class assignment in which they must write letters to each other – even as they’re attending the same high school. Over the course of the book, they argue, fall in love, are physically assaulted, come to each other’s rescue, and hurt one another – but readers hear about all of that only via their correspondence. Despite the limitations imposed by this narrative approach, Henstra’s novel feels robust, complete with multiple storylines, well-drawn secondary characters, and a few scenes involving Prince (whose sudden death in 2016 plays a pivotal role in the book).

It’s not often that the winner of the Governor General’s Literary Award for fiction follows up with a YA book. But Henstra, who is an English professor at Toronto’s Ryerson University, started out in young adult with 2015’s Mad Miss Mimic – and enjoys toggling between the modes. In this instance, she feels the situation might take some pressure off: “I actually think it helps with that sophomore novel anxiety of ‘Now that she won this award, what’s she going to do next?’ That book is already in the bag and it is in a different category, so it will get a different kind of attention. In a way, it’s a nice immunity from those questions.”

But still there’s a good chance this novel will cause a stir. Complete with scenes of graphic physical violence, the book is an outsider’s take on a gay relationship and the complexities of coming out.  “All these things were going through my head as I was acquiring [Sarah’s book],” says Lynne Missen, publishing director of Penguin Random House Canada Young Readers. “I am fully aware of the market and [the desire for] own voices. We always want more own voices, but there are exceptions. At the core of this novel is a love story and it doesn’t matter who or what or whatever. It’s a passionate, visceral love story that anyone can relate to.”

Henstra says she picked boys for the main characters in her story because that’s the world she lives in, growing up with three younger brothers and having two teenage sons of her own: “I am being as faithful as I can to my own eavesdropping on the people close to me.” But even with all those influences to draw from, writing this book in the strict two-person correspondence felt like an impossible exercise: “Usually in a romance you get the private thoughts, all the secret things that they’re not sharing. Here we only get what they’re willing to admit to each other, or call each other out on. It was really that form that brought me to the book.”

Henstra wrote We Contain Multitudes, like her other two novels, in Toronto cafés. “I find if I have that anchor of writing dates with friends [in coffee shops], it provides a bit of discipline – like a running buddy.” She needs that motivation now more than ever. Since winning the GG award, there have been plenty of welcome distractions, including travel, festivals, and interviews. “It’s reminding me of my earliest writing days when I had kids at home and I was trying to get tenure – and was trying to carve out space to write.”

Plus, the novel she’s currently working on is testing her limits as an author. Set in England prior to the First World War, it’s an adult fiction story about the creation of a deck of tarot cards; the novel incorporates magic, worldbuilding, and multiple narrators. “I remember reading that when you have the most brilliant idea ever but you feel someone else needs to come along and write it – because you don’t think you can pull it off – that’s the one to do. It means you’re going to learn the skills. I feel that way about this one. I have really serious doubts that I can bring it all together. I might fail, but I’m having a great time trying to figure it out.”