In “Enough Trouble” from Casey Plett’s new fiction collection A Dream of a Woman, Gemma, “a professional drinker and a sloppy hooker,” couch-surfs her way back to her hometown. The unnamed city of 8,000 shares landmarks with Morden, Manitoba, where Plett attended elementary school before moving to the U.S. with her mother and stepfather. Throughout the novella, Gemma considers whether she could live there once again, now as an openly trans woman.

Plett, 34, says the story speaks to her own unresolved feelings about the town where she first played piano, sang in a choir, and discovered the literary world as she combed through two judiciously chosen shelves of books at the local office supply store, Paperworks.

“Where I grew up in Manitoba, as well as Oregon, both discouraged key parts of myself in their own ways, but both places also made me who I am,” she says today, speaking over Zoom from Brooklyn, where she is in the midst of a Princeton University artistic fellowship. “Gemma’s upbringing was homophobic and transphobic and this was traumatic, yes, but part of her upbringing was also moving and gentle and filled with grace. Gemma and I have different life histories. But I do feel the same way about my own experiences.”

As Plett discusses the seven stories in her new collection – her first book since 2018’s Little Fish won the Amazon Canada First Novel Award – she makes her points urgently but thoughtfully. She is comfortable sitting in silence as she forms her answers, staring off-camera for up to half a minute as she ponders her responses. She may describe something abstractly – writing “Enough Trouble,” for instance, was like “moving through a maze that was completely dark” – but often ends a thought with a check-in. “Does that make sense?”

Ava, host and lover to Gemma, muses that the “trans community” is a term so amorphous as to be meaningless. “It is a term I have heard a lot in my life,” Plett says. “That term can mean whatever it needs to mean at that moment.”

It’s easy to fall into the trap of crowning Plett the writer of record for this so-called trans community. While Plett’s writing does centre the experience of trans women, Plett’s friend and colleague Trish Salah, associate professor in gender studies at Queen’s University, cautions readers, including her own students, against approaching Plett’s work as a sort of primer. “Students sometimes have the shock of ‘Oh! This is what trans women’s lives are like!’” she says. “There is always this impulse to pick up on the fiction as if it were a sort of generalizable knowledge of the other.”

Yet as a skilled writer, Plett does reveal core truths. “I think her work is powerful in its realism,” Salah says. “It does show what it’s like to be trans in the world from a very specific location. Mennonite, based in Winnipeg, of a certain age, white. But her grasp of detail, of emotional logic, of the intricacies of living, even among trans writers, stands out in terms of the acuity of her observation and the generosity and intimacy of the emotional life she scripts on the page.” 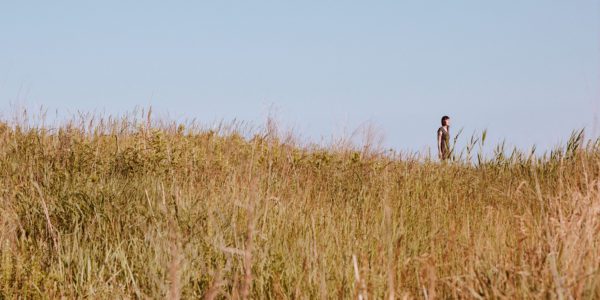 These qualities have been present since her first book in 2014; A Safe Girl to Love, a collection of 11 stories about trans women at different places in their lives, won the Lambda Literary Award for transgender fiction. In 2015, Plett moved to Toronto to be with her partner, the writer and artist Sybil Lamb. Quickly she had a quintessential Toronto experience: Lamb was given notice that her apartment would be torn down to build a condo. They took the money they were paid to break their lease and put it toward a house in Windsor, Ontario, where they moved in 2016. (Though Lamb and Plett still share the home, they are no longer together romantically.)

Plett began working at Windsor’s prestigious small press Biblioasis as a publicist. “She was a professional from the get-go,” Biblioasis publisher Dan Wells says. “She is a deeply caring, empathetic, intelligent, wonderful person who made us better.”

Taking on a role so embedded in Canadian publishing gave Plett insights into the vaporous nature of another community. Though Biblioasis is CanLit by any definition, it struck Plett how removed their day-to-day business was from what that term suggests.

“I think of the CanLit community [as] what everyone is gossiping about, and what people say backstage at events, and coming to Toronto and going to conferences,” she says. “That felt different from when I would come into work and receive a shipment of books with everyone and trudge in the back. That second group of people should be a subset of the first. But it certainly doesn’t feel that way.”

When Plett won the First Novel Award in 2019 for Little Fish, a book about a trans woman in Winnipeg who considers the possibility that her grandfather may also have been trans, the staff at Biblioasis decorated her desk with pink streamers. “They even bought me a fake princess tiara crown and put it on top of my computer,” she says.

Plett has called the $60,000 prize a “life-changing amount of money,” and some of those changes were bittersweet. “As a friend, I was very, very happy for her,” Wells says. “As a publisher, I knew that meant I would be looking for someone else, and she is pretty hard to replace.”

In her new book’s acknowledgements, Plett thanks “the crew at Biblioasis, who understood I had to go.” “She didn’t simply give us two weeks, though she could have, and walk out of here,” Wells says. “She gave us plenty of time, because she cares and she didn’t want to leave us stranded. She takes on everything in her life that way: with a considered, considerate approach.”

That loyalty was evident as Plett prepared to shop her follow-up. The five short stories and two novellas in A Dream of a Woman, published this month by Arsenal Pulp Press, are mostly told from the point of view of trans women who have lived some life. The exception is “Obsolution,” which marks the first time in Plett’s fiction that the main character transitions. The novella, which is broken up into recurring segments throughout the book, explores how that transition reverberates through the protagonist’s relationship with a cis woman in unexpected and sometimes uncomfortable ways.

Though the momentum from winning the First Novel Award meant any press in the country would be eager to read her new manuscript, she submitted it only to Little Fish’s publisher, Arsenal Pulp. They made what she calls “a very good offer,” which she accepted. “Sometimes it’s the people who are like, ‘I don’t like to think of it as a business, I am just in it for the love,’ those are the people who have screwed me,” she says. “Arsenal, they know they are running a business, and they do right by their people.”

Plett cites her experience with the now defunct Topside Press, which published A Safe Girl to Love, as an example of the opposite approach. “Trust is a very fragile thing, and there are a million ways to break it,” she says. “Topside Press was a relationship that ended up in broken trust. With Arsenal, they are all extremely kind, extremely good-hearted; I am forever impressed with their politics and how they put their money where their mouth is. They are also very functional when it comes to the nuts and bolts of publishing. You rarely get all of those!”

The lessons Plett has learned in Canadian publishing will no doubt inspire her new venture. In June, Plett launched LittlePuss Press with the poet Cat Fitzpatrick. Based in Brooklyn, the feminist press has rereleased the anthology Meanwhile, Elsewhere: Science Fiction & Fantasy from Transgender Writers, which was edited by Plett and Fitzpatrick and originally published by Topside Press in 2017 before it went under. LittlePuss aims to publish its first original titles in fall 2022.

While they anticipate publishing a lot of trans writers, they’d like to flip the usual feminist script. “Not just ‘Feminism that includes trans women,’ but feminism period,” she says. “We’re suspicious of the idea of being included, a suspicion inspired by feminist, queer, authors of colour. Instead we’d like to include cis people for a change.” Plett is also working on her first screenplay.

When Salah considers Plett’s literary future, she sees a role that goes beyond writing. “I see her moving between articulating a critical discourse on what trans literature will be, making very fine fiction both short and long form, and as an editor cultivating a trans literary community. And mentoring and supporting younger trans writers.”

It’s a prospect that Plett considers daunting. “I want to be a hope to young trans writers as much as I can,” she says. “I also see lots of other trans writers at this particular moment. So I am excited to be one of them.”