Toronto writer Sheena Kamal was in Rome working on a new novel in her series of bestselling thrillers featuring investigator Nora Watts when the universe threw her a curveball: a passionate, desperate 17-year-old named Trisha.

“Trisha showed up with a swagger,” Kamal says of her latest protagonist. “And she said, ‘Excuse you. I legit have a lot to say to you right now, and you kind of have to put all your other crap aside. This is my time now. First of all, rule number one of being a woman from Trinidad: be hella fierce.’”

As readers of Kamal’s Fight Like a Girl (Penguin Teen Canada, March) will discover, Trisha is a hard force to resist. “She was so insistent that I couldn’t fight her.”

This is Kamal’s first foray into writing for young adults. “I didn’t know Fight Like a Girl was YA until my agent at the time told me,” she says. “Then I thought, I could get into writing for the youth. I used to be one! And [at that time] there wasn’t a character like Trisha around for me to connect with.”

This novel and the books in the Nora Watts series – the latest of which, No Going Back (William Morrow/HarperCollins), comes out in April – feature complex, often contradictory heroines, struggling with their individual lives and with collective history and societal forces. Both protagonists are drawn from Kamal’s early life as a politically engaged youth activist, which led her to study political science at the University of Toronto. “Then I abandoned it all completely to become an actor,” she says. The decade after university, Kamal tried to break into the film and TV industry – she was an extra, a stand-in, and a stunt double for children. “When I found writing, however, it took me back to my activist days and the passion I had for exploring social and political issues. And I discovered that I could do this creatively.” 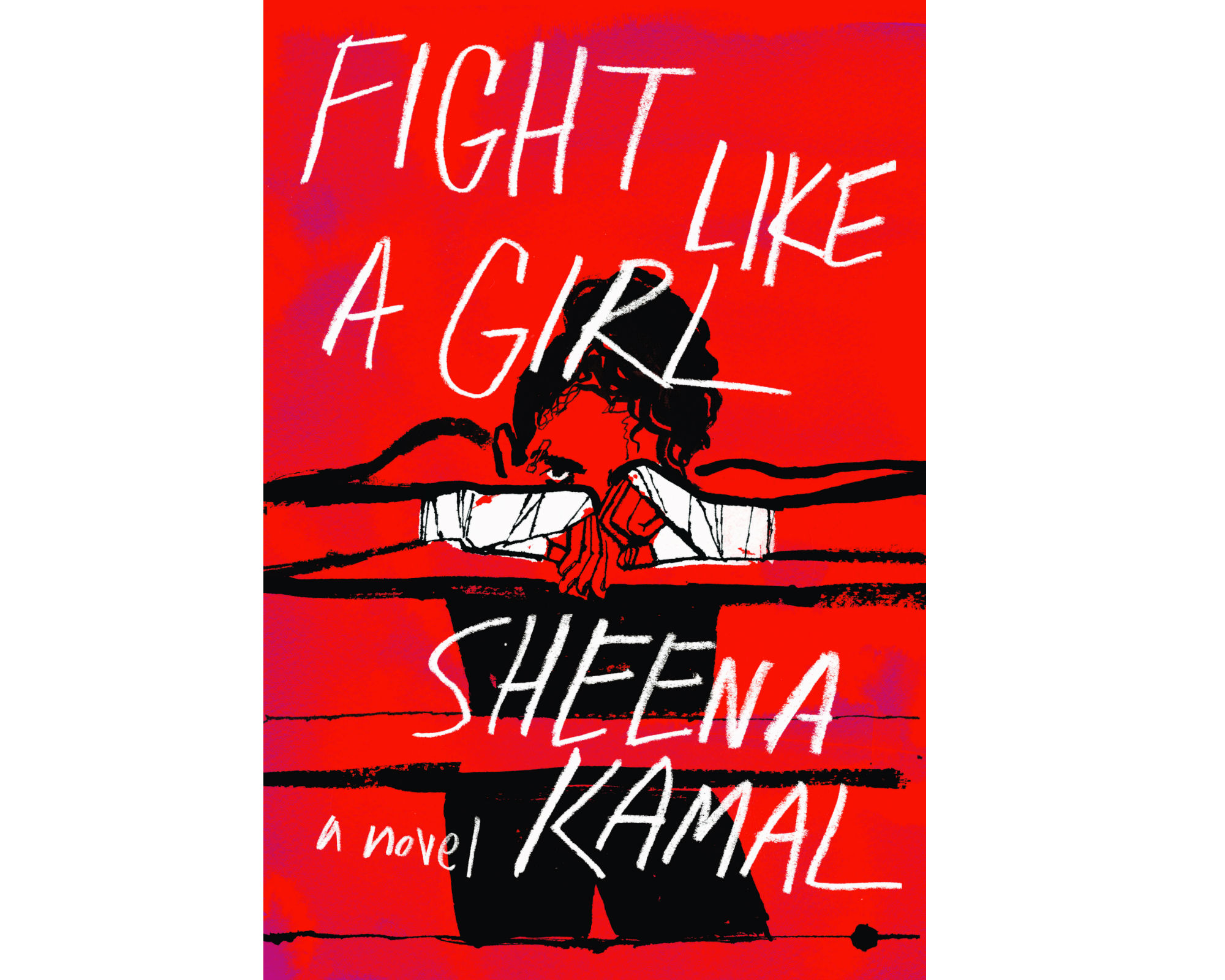 When Kamal was writing Fight Like a Girl, she was surprised that her new character came to her so fully formed, but recognizes it may have been due to the fact that Trisha’s background and inner life mirror some of the author’s own cultural experiences growing up. Kamal immigrated to Canada from Trinidad when she was a child and had difficulties finding her place. “I was told I was a happy, vivacious child until then,” says Kamal. “In Canada, I guess the shock of immigration turned me inward and I lost a lot of that vivaciousness. Growing up, I was happy at home and at the public library, but school was a constant battleground.” Reading was a haven – and The Hobbit an early standout. “I am under five feet tall, am devoted to breakfasts, love shiny objects, and once I get a taste of adventure, I become addicted.”

One of those addictions, which she shares with Trisha, is a love for Muay Thai, a form of kick-boxing. In the novel, Trisha finds release and solace in the workouts. It also serves as a flare-point in the difficult relationship between Trisha and her mother, who doesn’t understand the significance of the sport in her daughter’s life and is unaware that Trisha has moved beyond training into fighting.

Kamal has been involved with Muay Thai for more than a decade; she practises largely at a gym in Scarborough owned by a high-school friend. “I soon discovered how much training balances me as a person,” she says. “The gym is a place I go to connect with people, have fun, and insert some discipline into my life – but I definitely only train.”

Kamal wasn’t sure if she should write about Muay Thai. “I feared it might diminish some of my interest in it,” she confesses. “Turns out, I am more addicted than ever.” She recently spent two months at an elite fighter’s camp in Thailand. “I thought I knew some stuff, but then I got my backside handed to me on the daily. Obviously, I will be going back there as soon as possible.”

While Muay Thai forms one of the axes of the book, the other comes from a bit of CanLit commingling. In the novel, an English teacher suggests Trisha read David Chariandy’s Soucouyant rather than curriculum staple The Great Gatsby. While Trisha is initially resistant, Chariandy’s book becomes a crucial part of her development. “I wish that someone had given me a Soucouyant in school instead of Gatsby,” says Kamal, who read Chariandy’s 2007 debut just a few years ago. “I connected to it immediately, how these folk tales speak to us and inform us all in different ways. Both [Chariandy and I] grew up with this mythical creature edging into our imaginations, and it had an impact on our creative lives.” The soucouyant itself – which Kamal describes as “a Caribbean vampire, said to be a village crone who turns into a ball of fire at night, shoots across the sky, slides under your door, and sucks your blood when you’re sleeping” –  forms a harrowing part of Fight Like a Girl, creeping in after the mysterious death of Trisha’s father.

A Caribbean vampire, Thai kick-boxing, and a passionate, complex heroine may seem like a strange combination, one which Kamal readily acknowledges and embraces. “To me, this book is a bit outrageous, a bit daring. It’s about a sport I don’t see represented in fiction and a character I hardly see represented at all. Plus, it’s fierce!”