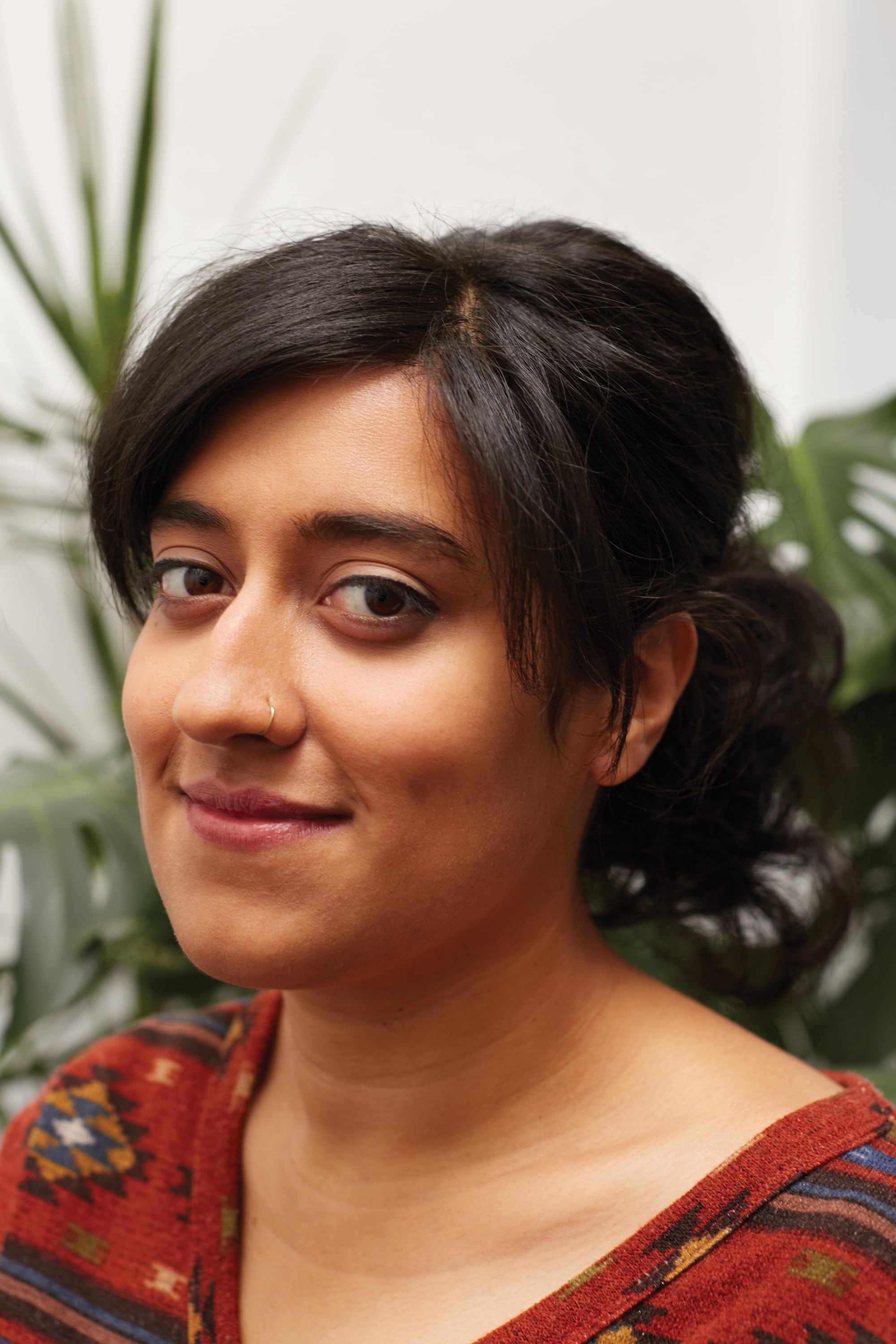 In January 2017, Aminder Dhaliwal learned the pilot for the animated children’s TV series she’d spent three years developing for Nickelodeon wasn’t going to be made. Instead of lingering on the rejection, she launched a new project: a daily web comic. One year later, after amassing enough comics for a book (and a six-digit Instagram following), she signed a deal with Drawn & Quarterly for the worldwide rights.

Woman World is a refreshingly funny and imaginative feminist satire for the #MeToo era. After a birth defect wipes out the entire male population, women learn to talk again because they’re no longer being interrupted. Under the leadership of women, the way people relate to one another changes. Priorities shift. Only grandmas remember what men were like.

Although the official release date for Woman World isn’t until September, Dhaliwal is juggling her day job as a director for Disney TV animation with appearances at all the major comic conventions, including the Toronto Comic Arts Festival last May. After two long days of promotion at TCAF, she was still enthusiastic to talk about her book. “I’m excited to have something out there I’m proud of,” she says.

Publishing Woman World is more than just a creative success. It finds the author finally speaking up, defending her ideas, and discovering an audience for her blend of playful, pointed humour.

“When I started [Woman World] I was going through a crisis of voice and [questioning] whether I was funny,” Dhaliwal says. During the three years her TV pilot spent in development, it morphed into something totally different from what she’d originally pitched. Not only did she not get a show, in the end she hated her own pilot.

“The show became an accumulation of different executives’ notes,” she says. “I felt like I needed a stronger voice to be able to fight back on things I believe in. I would listen to notes and, because I valued my own opinion so little, I would assume every note was right. I kept changing my project to fit what they were trying to make, and not what I was trying to make.”

This experience wasn’t new for Dhaliwal. She grew up in Brampton, Ontario; studied animation at Sheridan College; and, almost immediately after graduating in 2012, landed an internship and then a job at Nickelodeon in L.A. But she lacked faith in her own ideas. “I’d get nervous at the end of a movie when my friends started talking about it because I didn’t trust my own opinion of whether I liked it,” she admits. “I was that confused.”

Working at Nickelodeon, the Cartoon Network, and Disney helped Dhaliwal gain storytelling experience, but her failed pilot was a blow. Her friends, many of whom are also in animation and comics in L.A., suggested she start something new. “A couple of them mentioned making something daily, even if it’s really small and for yourself,” she says.

Finding a story didn’t happen overnight, of course. She tried a few web comic ideas out, but it wasn’t until she attended the Women’s March in L.A. that she realized what she wanted to say – and how to say it.

“It was like a funny-sign convention,” she says of the march. “A whole bunch of my friends posted their signs online and on social media and I watched as that human connection, that human empathy, instantly switched to people mocking, strangers leaving nasty comments. And that’s where the idea started. I saw so many ‘the future is female’ signs, I wondered, ‘What if it actually was?’”

At the same time, she recalls reading Adam’s Curse: A Future Without Men by geneticist Bryan Sykes, about how the Y chromosome is disappearing and how, in a 100,000 generations or so, men could eventually die off.

“All of these ideas started coming together like that Beautiful Mind moment where I had overlays of equations and I was seeing it all,” she says. She texted the concept to her friends Megan Dong, a comic artist and director, and Maha Tabikh, a storyboard artist and animator. Their supportive text exchange is included at the end of the book.

Dhaliwal ran with the idea, posting daily comics as a series online. It blew up on Instagram, where she has nearly 150,000 followers.

From direct messages, comments, and new follows, Dhaliwal learned what was working. She also practised defending her work. Not everyone loved Woman World. “From the first comic, there were people hating on the idea,” she says. “Skip to eight months later and those people were defending the idea to newcomers.”

While working out the deal with D&Q, Dhaliwal asked if the publishing date could be pushed up from 2019 to 2018. For many web comic creators, traditional publishing deadlines can seem glacial. “I’m used to a lot of nos in television, but they said okay, and I suddenly had a lot of work to do,” she says.

Dhaliwal spent a harried four months laying out the manuscript, adding new comics, and finessing jokes. “With Instagram, I could control where people were pausing before a punchline with swiping,” she says. “In a print layout, spreads didn’t have the same effect.” She enlisted the help of her husband, animator Nikolas Ilic, as colourist.

She made her deadlines by working on the manuscript every evening. Although she admits juggling a creative job all day with her own creation at night was exhausting, she enjoyed immersing herself in a diverse world of her own making, with a range of characters from young to old, in different shapes and sizes, all facing unusual situations. “Sometimes in television the designs of characters or their stories become homogenized and you become accustomed to drawing the same thing again and again,” she says.

Dhaliwal originally pursued work in animation because she wanted to make children laugh. Now she’s aiming at a much wider audience. “I hope there’s something in there for everyone,” she says. “Including for every man who reads it.”

As to whether she would take another run at a pilot by adapting her own book, she says, “That I can’t actually talk about.”

Whatever she pursues next, the experience will be different. “I’ve learned when someone gives you notes it’s an ‘I feel’ statement,” she says. “No one can tell you, especially in creative endeavours, that something is right or wrong.” Understanding that changed everything. “My voice was just like, ‘I’ve been hiding here all along. You’re finally listening to me so I’m going to start saying more things.’” 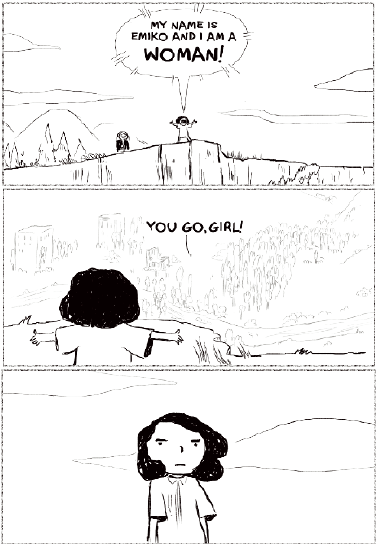