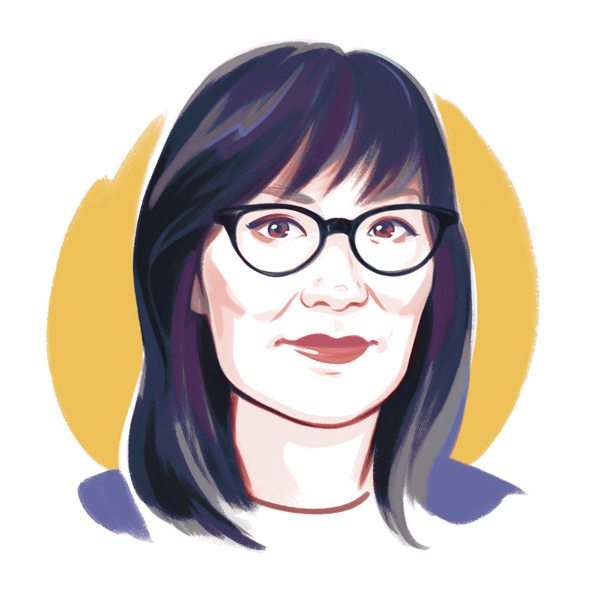 Kerri Sakamoto credits her friend, the architect Bruce Kuwabara, with planting the seed of inspiration that bloomed into her third novel, Floating City, out with Knopf Canada in April. Sakamoto had already been working on an early draft of a book that drew on her family’s history when Kuwabara told her the American visionary Buckminster Fuller had once designed a futuristic waterfront development called Project Toronto, which included a 20-storey crystal pyramid at the foot of University Avenue and floating pods of housing in the Toronto harbour.

“It seemed like an unlikely thing, Buckminster Fuller in Toronto and this kind of futuristic plan for the city,” says Sakamoto. “So when I started to explore Buckminster Fuller, it opened a whole vista of ideas about urban growth and skyscrapers and the dawn of that era, and just the city’s architecture and its role in determining how people live, the quality of life, and the use of our resources.”

Rather than scrap the story she had already begun – based on her maternal grandmother’s marriage to a Buddhist priest, and her parents’ experiences of internment during the Second World War – Sakamoto, who lives in Toronto, incorporated Fuller and his ideas. Though Bucky (as he was commonly known) makes only sporadic appearances throughout Floating City, his influence dominates the life of the book’s protagonist, Frankie Hanesaka, who, following humble beginnings and years spent at the Tashme Internment Camp, becomes a hugely successful property developer in Toronto. But the book is more than a typical story of endurance; the figure of the Priest – who in Floating City is the first husband of Frankie’s mother (and possibly Frankie’s real father) – is used to introduce a fable-like quality to the narrative that, along with some of Bucky’s more fantastical scenes, verges on magic realism.

It was this combination of seemingly disparate elements that caught the attention of Sakamoto’s editor, Craig Pyette, who acquired the novel four years ago. “It was the way that Kerri set up those big pieces so that, thematically, they cohere. It took awhile for me to appreciate just how good she was at that,” he says. “I guess I don’t know how much of that is intuitive and how much is deliberate … she lines these backdrops up so that at the end it all comes down and is brought to bear on the characters and the action of the novel.”

Sakamoto’s 1998 debut, The Electrical Field (which won the Commonwealth Writers’ Prize for Best First Book and the Canada-Japan Literary Award), and its 2003 follow-up, One Hundred Million Hearts, both told stories of Japanese-Canadian history and the fallout of the internment experience. For her latest, the author wanted to expand the scope of her characters’ experiences while still including those formative elements. “I wanted it to be something different from that kind of more familiar narrative,” she says, adding that bringing Fuller into the mix was the perfect vehicle through which to accomplish that goal. “That’s what kind of opened it up to being a more unorthodox novel, and brought in more ideas than just this limited story of Frankie.”

Despite the omnipresent ethos Fuller brings to the book, family remains an intrinsic theme in Floating City, with Frankie’s complex relationships forming a defining throughline. This is hardly surprising, given Sakamoto’s admission that, thanks to her 10-year-old son and 23-year-old stepson, she feels like she’s “been a recluse over the last while, in a domestic world.”  Family preoccupations are part of the reason for the lengthy gap between books. “I was writing but I wasn’t finishing and I’m not a good supermom multi-tasker, so I just got really wrapped up in my family,” she says. But Sakamoto also notes that it was family that ultimately, if ironically, allowed her to move beyond a domestic story to the grander ideas presented in the novel.

“I think it had a lot to do with raising kids, because they pull you out into these worlds of imagination,” she says. “I never thought I would write anything that would have magic realist elements in it, but I think it’s partly to do with having a very adventurous boy who really tugged me out of my comfort zone.”