One stock question an interviewer can pose to an author is how long the person has been working on a particular book. Reading The Girl from Dream City: A Literary Life, the new memoir by Linda Leith, author, publisher, and founder of Montreal’s Blue Metropolis literary salon, the answer becomes apparent almost immediately: she’s been working on the book her whole life.

“I think that’s actually true,” says Leith, laughing on the phone from her home in Montreal. “It’s a story that has evolved as I have moved through life.”

The Girl from Dream City, out in April from University of Regina Press, traces Leith’s passage from her girlhood as the daughter of Northern Irish parents through a peripatetic existence that took her and her family (including four siblings) to London, Basel, Brussels, and Montreal. There she attended McGill University, later earning a PhD from the University of London for a thesis on the work of Samuel Beckett. (Leith relates one incident from her young adulthood when she was writing in a Paris café and her literary hero walked in with a small entourage. She debated approaching him but didn’t.)

The subtitle of Leith’s memoir, A Literary Life, highlights the centrality of books and literature to her development; in the author’s telling, books were one of the few constants throughout her life, amounting to a kind of secular religion. Charles Baudelaire’s Les Fleurs du mal and Benjamin Constant’s Adolphe were formative works for Leith, who reread the latter as she was writing her memoir. “I was swept away all over again,” she says now. “I found it compelling when I was a 17-year-old at McGill, and I find it compelling today.”

Leith’s decision to pursue her literary dreams by undertaking graduate studies in London caused a rift with her family, as she was unable to accompany her parents and four siblings when her father, who worked in the pharmaceutical industry, was reassigned to Nairobi in 1971. “That was actually traumatic, because my family had been my world,” Leith says. “It was a momentous step to say no, I wasn’t going.”

It wasn’t the only challenge Leith would face on her journey to becoming a woman of letters. “I would not want to suggest it’s easy for men, because I know it isn’t,” Leith says. “But as hard as it is for men, it’s so much harder for a woman in most cases. There just is so much more to deal with and to cope with in terms of managing to find time and money and resources to write.” 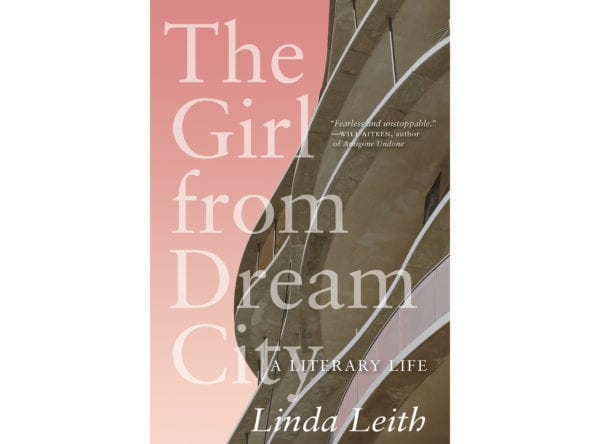 Find the time she did, between marriage to her first husband, Andy Gollner, with whom she had three children, and teaching university English courses. She started placing freelance reviews in various publications (including Q&Q), which eventually led to other opportunities. It was a 1979 article about Mavis Gallant’s Linnet Muir stories for the Montreal Review that acted as a catalyst for Leith’s friendship with the expatriate writer, but not before Gallant threatened to sue her if she referred to the stories as autobiographical. (In her memoir, Leith engages in profound understatement when she notes that Gallant had “a reputation for being testy.”)

After Gallant gave her imprimatur to the piece, Leith visited her in Paris and the two struck up a friendship that Leith credits with having a direct impact on the founding, in 1999, of the Blue Metropolis International Literary Festival. “I think the reason I started [it] was so I could invite Mavis,” Leith says.

Each year since 2000, the festival has awarded the Blue Metropolis International Literary Grand Prize, an honour that went first to Marie-Claire Blais, next to Norman Mailer, and then, in 2002, to Gallant. “I wanted to give [the prize] to Mavis,” Leith says. “[But not] until it had been established as a prize worth having.”

The comment is indicative of the determination that has allowed Leith to flourish as a writer, editor, salonnière, and owner of the small press Linda Leith Publishing. As her memoir makes clear, she has accomplished all this notwithstanding the societal expectations of her as a daughter, wife, and single mother.

In the book’s latter stages, Leith locates herself as a resident not of Montreal but of “Dream City,” a kind of utopia that Zadie Smith defined as “a place of many voices, where the unified singular self is an illusion.” This is a suitable description for the woman who’s always been enthralled with books and still describes herself as an incurable romantic. “I don’t mean the genre of romance. I mean just the romance of writing and art and literature and culture. That’s my world.”