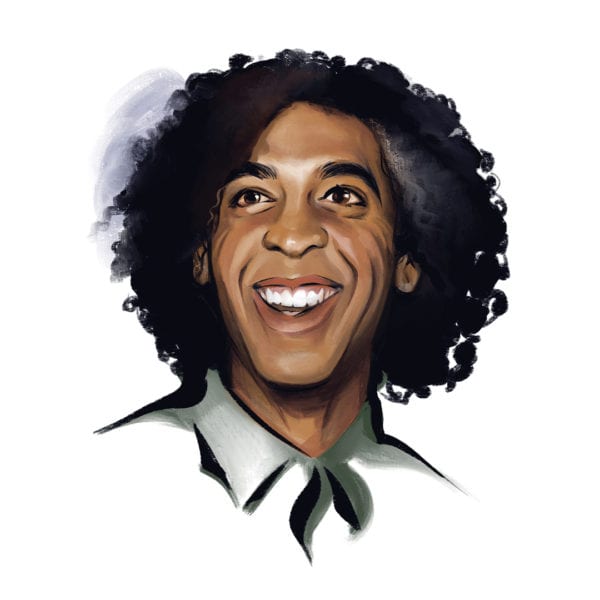 Can a novel reproduce itself? That’s the puzzle Ian Williams tackled seven years ago, when he began writing his debut novel. Reproduction (Random House Canada) is about Felicia and Edgar: the two characters meet in a hospital and go on to create an unconventional family. It’s a story about love and loss, and the novel’s structure plays with the titular concept.

Although he’s earned a reputation as a poet – including shortlist nods for the Griffin Poetry Prize and the Robert Kroetsch Poetry Award for his collection Personals – and teaches poetry as an assistant professor in the creative writing program at the University of British Columbia, Williams is no stranger to fiction. He won the Danuta Gleed Literary Award in 2011 for his short-story collection, Not Anyone’s Anything. His prose is often compared to Zadie Smith’s for its intelligence and cross-cultural fluency.

Reproduction is reminiscent of Miriam Toews’s novel All My Puny Sorrows in its balance between grief and humour. It’s an intergenerational story told in an unexpected way.

What’s your novel about?
The story asks what if two people meet in a hospital room while their mothers are dying? Two very different people are brought together by a common grief. There’s something beautiful about the constraints that lock us into relationships, whether it’s by birth or by accident. When you’re forced to be with people and you realize life is better for it. I’m perpetually fascinated by how strangers become family. Of two people on the planet, what makes you say I’m going to spend my whole life with this person? If you spend enough time with someone, do you fall in love with them? Maybe.

Where did humour come from in a book concerned with grief?
For me it’s the balance. The book is marked by births and deaths. There are some heavy moments but the book reflects how I approach the world. I’m able to be both in pain and laughing at the same time. I can hold contradictory and conflicting emotions. I think that’s accurate. There’s overlap, and contradictory emotions feel natural.

How did you conceive of the book’s structure?
I wanted to write a book that would reproduce itself, so it’s in four parts and each part approaches reproduction differently. In part one it’s biological. It’s in 23 paired chapters so it’s chromosomal. Part two has four characters, so we go from those two characters to four characters and 16 chapters. And part three [grows] exponentially, from 16 to 256 small sections.

At the end of part three the book gets cancer and you see those tumours growing in the superscript and the subscript [rendered by the text flowing intermittently above, below, and along the sentence lines]. That is the final form of reproduction beyond human control. It’s complex but it should read like a good love story. That’s the only thing I want to read and write, or care about in people’s lives. One of the first questions I ask [socially] is “How did you meet so-and-so?”

In creating these very different characters, what were your considerations as to race and class?
I knew Felicia was going to be a Black woman, and I knew Edgar was going to be a white guy. But I also wanted them to be perfectly ordinary people. Felicia is 19, trying to figure out what she’s going to do, and Edgar is a lost middle-aged man. He has all the material comforts but he lacks community. He has everything we think we want, like money. Race definitely alters their paths, but it’s not the defining feature of their lives.

One of my favourite things is Felicia cutting a tomato after her mother dies. It’s not this radical thing, like Black folks go home and talk about being Black all the time. There’s a real, dull normalcy to racialized people but we never really talk about that. It’s always the exoticized we see, the trauma of being Black. No, we go home and eat and watch TV late at night. It’s quite ordinary.

What drew you to the theme of reproduction?
My first book, You Know Who You Are, is about identity and Black masculinity. The second book, Not Anyone’s Anything, is about being alone. And then there is Personals, which is all about connections. This follows my concerns over time. I’m aging alongside my books.

Reproduction is the book of my 30s. My next novel is called Disappointment, and I feel it’s my midlife book, my early 40s book. The question is, how do you go forward when you are just a disappointment to everybody? What I’m discovering is that in disappointment there’s incredible freedom.