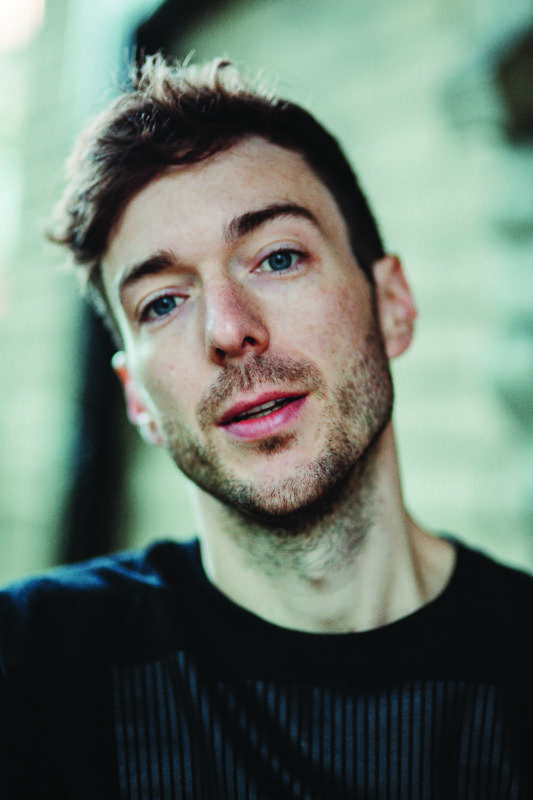 When Jordan Tannahill was 13 years old, he watched the film adaptation of Ernest Thompson’s play On Golden Pond and was inspired to write his own family drama, called Capturing November. In his ambition to mount the production, Tannahill phoned the Ottawa performance space Arts Court and reserved it for two nights. He then approached his mother with the good news. “But I need a deposit,” he said. Tannahill’s mother, Karen Markham, looked at him and asked, “How much?” “$1,200.”

“He was so earnest,” Markham recalls. “I thought, ‘Okay!’ Jordan calls me ‘The Reluctant Producer,’ because I wasn’t expecting to bankroll his first play.”

That early investment paid off. In 2014, at only 26 years old, Tannahill became the youngest author ever to receive the Governor General’s Literary Award for English-language drama, for his queer coming-of-age compilation, Age of Minority: Three Solo Plays (Playwrights Canada Press). He dedicated the award to Markham, who is now a major force behind Tannahill’s debut novel, Liminal, to be published in January with House of Anansi Press. In the experimental narrative, the protagonist – also named Jordan Tannahill – finds his mother, Monica, lying in bed. The novel unfolds entirely in that moment, as Jordan considers whether Monica is alive or dead. Nested into that moment is a life story, a survey of existential dread, and a tenderly realized portrait of a mother-son relationship.

“I think it was his way of working through the grief that he felt when I was first diagnosed with the Stage 4 cancer back in April 2014,” says Markham. “He would tease me and say, ‘Oh yeah, Mom, you’ve been on my thoughts every day. I’ve been thinking a lot about you, and writing about you.’ But I had absolutely no idea what he was doing, because he didn’t want to share it with me until the very end.”

Visiting Markham shortly after her diagnosis, Tannahill had an experience akin to the one that serves as the premise for Liminal. “I went to check on her in her room and in that instant I could see her as the body that she would be when she died,” he says. “I could see that instant in her sleep. Before I could even register what I was looking at, I could just feel my heart in my throat and this sense of panic at just the sight of my mother asleep. It lasted a split second. I wanted to try to trace everything that had imbued that moment with meaning.”

Tannahill wrote much of Liminal after moving to London, U.K., in June 2016. Every morning he would cook breakfast for his partner, James, before venturing to the British Library to write. “I didn’t even know what I was writing when I began,” he says over breakfast at a Toronto café, his long arms stretched companionably across the table. “I just was reading a lot at the time. I had nothing to do. I knew nobody. I just forced myself to write and not be encumbered by any sense of a task.”

Inevitably, his writing bent toward his mom and her mortality. “I went in each day knowing I would be writing about questions of the body and about consciousness,” he says. “But for me the writing couldn’t escape the gravitational pull of my own mother’s experience.”

Tannahill shared the Liminal manuscript with his agent, Michael Levine of Westwood Creative Artists, whose client roster includes Yann Martel, Adrienne Clarkson, and Justin Trudeau. “He really responded to the work,” Tannahill says. “He said, ‘It’s a bit out there, it’s a bit racy, but I am sure we can find a place for it.’” Levine sent the book to Anansi publisher Sarah MacLachlan.

“The character’s voice felt like somebody I would like to sit and spend time with, and I thought a lot of people would,” says MacLachlan. “I thought it was young, and I liked that. The way in which he expresses himself, the way in which he went about discovering who he was, all of that felt youthful and of his generation.” Anansi was the only publisher Tannahill submitted the manuscript to. 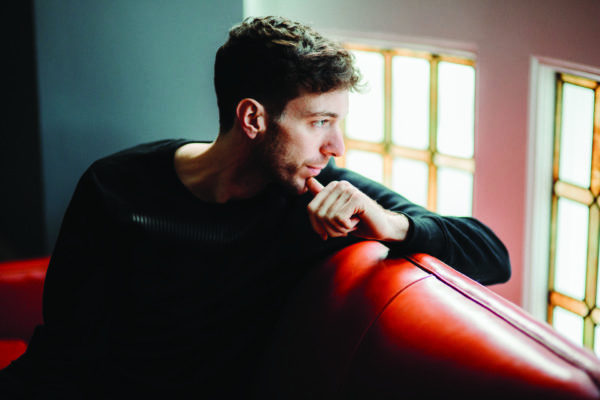 Liminal could be mistaken for a memoir: there’s Tannahill’s childhood in Ottawa, his life as a young artist in Toronto, and the rise and crash of Videofag, the short-lived but creatively explosive countercultural arts space he founded with his then boyfriend, William Ellis. (The two recently collaborated on a multi-genre, multi-contributor history of the space, The Videofag Book, which was published by BookThug in November.) Liminal also covers the love and creative satisfaction Tannahill ultimately found in London. “I suspect there is not a whole lot more of my real life in the book than a lot of novels that do a better job at disguising it,” he says.

The novel’s protagonist is an only child whom his mother says was fathered by a sperm donor. However, the real Jordan Tannahill has a brother and thanks both his parents, who separated when Jordan was young, in Liminal’s acknowledgements. “I felt like the presence of a father or even of siblings distracted from the primary relationship of mother and son,” he says. “I thought there was something really potent about this two-person family.”

Markham confirms that Tannahill’s intensity and intelligence have been apparent since childhood. When he was six, he was already asking for books for Christmas. He had such an obsession with geography and history that he could once name every country and capital city on Earth. As a teenager he created richly detailed imaginary countries, drawing maps and buildings and family trees, and wrote hundreds of pages of encyclopedia entries that detailed such minutiae as fictional athletes and the sports they played.

Markham, who at 62 is a retired crown prosecutor, insisted on serving a home-cooked dinner every night while her sons were growing up. “Sometimes we were eating at eight at night, but I insisted that we sit down and talk to each other,” she says. “I used big words when they were around me. They would ask me what they meant. We would have adult conversations about social justice, about philosophy, about history, about all kinds of things. That really fed his curiosity about the world and prompted him to read a lot.”

In Liminal, Monica Tannahill is a scientist researching artificial intelligence at Ottawa’s Carleton University. She has survived breast cancer but has more recently suffered a small stroke. There is a passage in the book during which Monica attends a performance at Videofag that Jordan warns her is “a little on the autobiographical side” and includes “a slightly gratuitous ejaculation scene.” At one point, Jordan catches sight of his mother in the audience, head bowed, staring into her lap. “It’s based on me and everyone in that theatre knew that,” Monica later snaps. Though that scene may suggest certain real-life anxieties about his mother’s reactions to his work, Tannahill did his best to shrug off that weight. “I wouldn’t have written the book I did if I got hung-up on anyone’s reaction to it – my mom’s or my family’s or my friends’,” he says.

In reality, Tannahill has only recently begun writing so transparently about his mother. Last year, he debuted Draw Me Close, a 10-minute virtual-reality film, at the Venice Biennale. The National Theatre and the National Film Board of Canada co-production recreates Tannahill’s childhood living room as drawn by artist Teva Harrison, complete with an actual flesh-and-blood actor playing the viewer’s cancer-stricken mother, who supplies a hug in her virtual universe. And on Jan. 23, Tannahill’s new theatrical performance, Declarations – a meditation on the meaning of one woman’s life told through dance and voice – will debut at Toronto’s Canadian Stage, with a print companion published by Coach House Books.

Markham is comfortable allowing those avatars to blur the line between fact and fiction, particularly in Liminal. “I don’t think the book would work if it wasn’t a highly personal interaction between a mother and a son,” she says. She did happily recognize one great truth in the book: her bond with her son is as powerful as the novel depicts. “It’s a very personal tribute and statement about my love for him and him for me,” Markham says. “That is a treasure for me.”