It’s been just over 24 hours since parts of Ontario saw their first snowfall of the season, Courtney Summers’s corner of the province among them. But the scene out her window is far from Hallmark movie picture-perfect. “It’s like that ugly snow, you know? The kind that’s on its way out and not pretty.”

Summers – whose seventh novel, The Project, was released in February by St. Martin’s Press – is never one to pull punches. In the 12 years since she published her first novel at age 22, she’s become known as an author who continually pushes the boundaries of YA fiction. But when she was a teenager herself, she had no inkling she’d become a novelist, let alone a bestselling one.

“I always thought I was going to be an actor. I wanted to move to Hollywood and become famous,” she says. As Summers tried to figure out what to do with her life as a young adult, she was introduced to screenplay writing and discovered her love for storytelling through the written word. Though she’d kept a journal when she was growing up, thanks in large part to Ghostwriter, the early 1990s PBS kids mystery show – “I remember I wrote in my journal, ‘Ghostwriter, are you out there?’” – it was screenwriting that gave her that a-ha moment. She realized she could create stories with raw emotion and imagination, and it helped clarify for her how dialogue should be written. From there, her love and curiosity for storytelling led her to experiment with different media and forms.

In 2008, Summers released her award-winning debut, Cracked Up to Be. The novel follows Parker Fadley, a compelling “perfect” girl gone bad who is harbouring dark secrets. Far from a one-note, brooding, and mysterious character, Parker is also soft and vulnerable, and the nuanced characterization was a big draw for readers.

“I remember getting that submission in my inbox and opening it, and her voice was just like, pow, right there on the page,” says Sara Goodman, editorial director at St. Martin’s imprint Wednesday Books. Goodman has worked with Summers on all seven of her books, including The Project.

Throughout their editorial relationship, Summers has had an unwavering voice and a natural instinct for character development, says Goodman. The biggest change she’s seen in Summers has been her confidence as a writer. “With each book, the stories are getting bigger and bigger, and the themes that she tries are more challenging each time,” Goodman says.

Summers’s 2018 novel, Sadie, tackled abuse, addiction, and violence against women in a plot that interweaves the protagonist’s hunt for her sister’s killer with a true-crime podcaster’s investigation into the murder. Readers and critics responded to the novel’s unflinching darkness: it made the New York Times bestseller list and won the 2020 White Pine Award from the Ontario Library Association, among numerous other honours.

When I bring up these accomplishments, Summers still sounds shocked. “I was coming up on my tenth year in publishing [when Sadie was released] and I had had success before, but it was more modest.” For Summers, her success still feels brand new and difficult to contextualize. “I really don’t believe things have happened until after they’ve happened. I’m just always in a constant state of anticipation.”

“Courtney has been writing for such a long time,” says Goodman. “She’s really learned who her audience is and how to push those boundaries. She’s brave and fearless, and it’s been really wonderful to see her fans embrace that.” 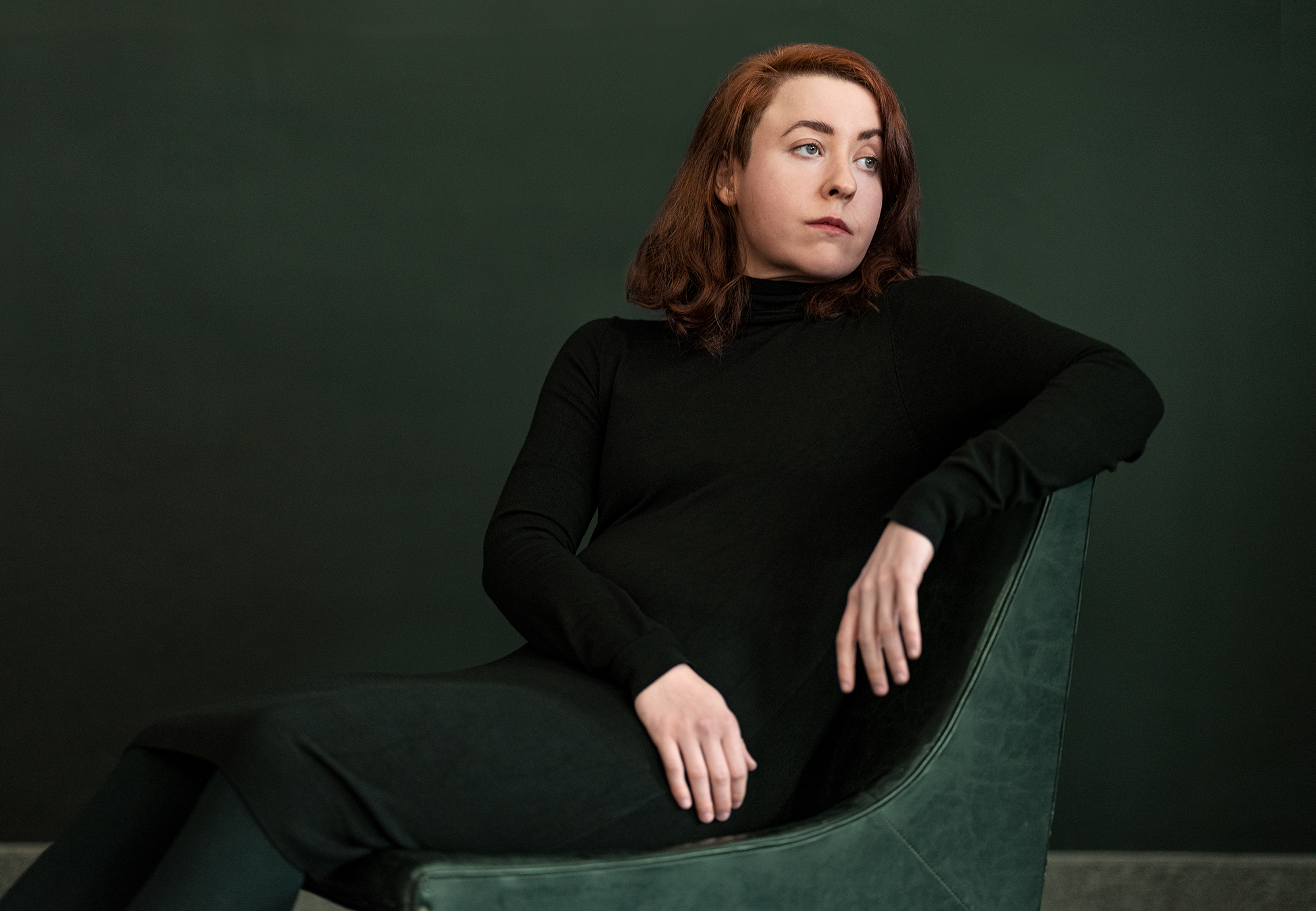 In the summer of 2018, Summers became intrigued by cults and cult leaders and set to developing the idea for The Project alongside her editor. Loosely inspired by the early days of the Peoples Temple and Jim Jones, the novel follows two sisters, Bea and Lo Denham. After an accident kills their parents and nearly kills Lo, Bea falls prey to the charms of charismatic cult leader Lev Warren of the Unity Project, believing he brought her sister back to life. After six years, Lo finally gets her chance to expose the cult for what it is and save her sister.

“I think people are fascinated with cults because we can all relate,” Summers says. “What is the point when you’d join a cult? Everyone loves to do that kind of thought experiment.”

Summers has no interest in sensationalizing or glamourizing cults, but she found in her research that many people who joined cults did so with the best intentions, and no clue what consequences their choice would have. With The Project, she wanted her readers to understand that naivety, to empathize with her characters as they unwittingly create an upheaval in every single aspect of their lives.

“These people join self-help groups, they join a religious movement, a political organization,” Summers says. “But when you’re in it, that’s when everything gradually begins to change and you don’t realize until it’s too late. After reading all this stuff, I don’t think I’d be immune.”

The Project’s Lo is no exception. As she investigates the Unity Project and its members, she begins to find herself more and more enthralled with Lev Warren, losing a grip on her conviction as the cult offers her the love and acceptance she craves. Like so many real-life cult members, she struggles to discern fact from fiction or to trust her own instincts.

It’s clear that Summers has done her research: we chat about the steady stream of cult-related content in recent popular culture – notably, Wild Wild Country, a Netflix documentary series about the controversial guru Bhagwan Shree Rajneesh (Osho), and Waco, a true-crime miniseries that fictionalizes the events that led up to the 51-day standoff in 1993 between the Branch Davidians and U.S. federal law enforcement agents. While we were sheltering in place during the pandemic, The Vow, an HBO documentary series about the unravelling of NXIVM and its leader Keith Raniere, proved to be a popular subject on social media. And on bookshelves, fictionalized cults have been explored in a bevy of titles in recent years, among them The Liar’s Daughter by Megan Cooley Peterson, Heartbreaker by Claudia Dey, and Agnes at the End of the World by Kelly McWilliams.

But Summers is not the type to chase a trending topic. This is one of the things Goodman has always admired about the author: not only does she put herself out there, but she doesn’t compromise. “She’s got an enormous amount of integrity and I think that’s so important in this business because oftentimes, there are writers who, depending on what is new and popular, might change who they are.”

What readers can expect when they pick up one of Summers’s novels is an incredibly real and raw story that is rich in character development. The darkness of her fiction is intentional; she wants you to be haunted. “I never want to make people feel happy. I just want to emotionally devastate them,” she says with a chuckle. “Is that weird?” When she sits down to plot a book, she looks for ways to upset common narratives, and sometimes her readers as well. “I think that’s always been my thing, and maybe it sounds kind of awful, but I love to frustrate people!”

One thing you won’t find in one of Summers’s novels is a woman or girl objectified as a form of entertainment. In her world, that doesn’t happen. Her books are known for their deliberately “unlikeable” female protagonists and unflinching storylines that tackle difficult topics such as sexual assault, murder, politics, revenge, and sexism – all with a deeply feminist twist. She rejects the idea that female characters in YA novels have to be likeable. “I just constantly want to unpack that,” she says. “I think there’s a lot of strength in showing the complexities in women and exploring the various perspectives of women and girls.” The estranged sisters at the heart of her new novel are no exception: messy, complicated, strong-willed, and resistant to mainstream strictures.

“I’m very fascinated by the dynamics and complexities of female relationships,” she says. “I think they deserve this page time. They deserve the analysis. They deserve to be represented in multifaceted and compelling ways.”

With The Project, as with all of her fiction, she wants people to think critically about the biases they hold against female characters. That said, many readers remain uncomfortable with her characters’ choices, and she would love for them to examine why. “There is this kind of expectation that writers face when they push against misogyny and sexism,” she says. “We have to stop trying to fit the ideal of how we believe women and girls should behave. It’s weird and so frustrating, and I’m not going to stop pushing against that.”

It’s little wonder that such an uncompromising writer would notice the dirty snow outside her window and resist any urge to paint a rosier picture.