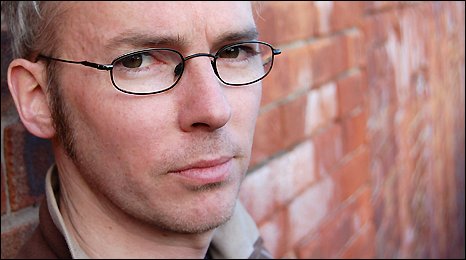 British author Jon McGregor was awarded the International IMPAC Dublin Literary Award today for his novel Even the Dogs.

The novel beat out Jennifer Egan’s Pulitzer Prize-winning A Visit from the Goon Squad, Canadian David Bergen‘s The Matter with Morris, and seven other international works of fiction for the world’s richest literary prize, valued at a staggering â‚¬100,000.

McGregor, born in Bermuda and raised in England, is the author of If Nobody Speaks of Remarkable Things and So Many Ways to Begin, which were both longlisted for the Man Booker Prize. Even the Dogs tells the story of an alcoholic who dies between Christmas and New Year’s, and the homeless friends who knew him.

Even the Dogs is a fearless experiment which shows ¦ in a masterpiece of narrative technique ¦ the lives of a handful of derelicts who stumble and fall, stumble and fall as they seek to redeem themselves from addiction, homelessness and those impulses which too often rise up within them and defeat their best interests.

Initiated by the Dublin City Council, the award is held annually to promote excellence in literature worldwide. Libraries from across the globe choose the nominees from authors of any nationality, writing in any language, as long as the work is translated to English. Even the Dogs was nominated by the M.I. Rudomino State Library for Foreign Literature in Moscow, Russia.

Tagged with: Awards, David Bergen, Even the Dogs, Jon McGregor, The Matter with Morris