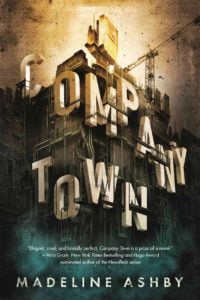 The Sunburst Award Society has named the winners of this year’s Copper Cylinder Awards, a members choice accolade recognizing excellent Canadian literature of the fantastic in two age categories.

Toronto author and actor Ian Donald Keeling won the young adult award for his novel The Skids (ChiTeen), the first in a series about Johnny Drop, the best three-eyed video game character in the Skidsphere, who has to think outside the game with faced with the fact that his world is going to die.

The winners will each receive a handcrafted copper cylinder trophy.