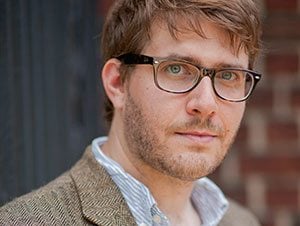 The Sunburst Awards Society has announced the winners of its annual awards recognizing Canadian literature of the fantastic in three categories.

Author (and Indigo national buyer) Claire Humphrey won a $1,000 prize in the adult category for her debut novel, Spells of Blood and Kin (Thomas Dunne Books), which follows Lissa, who inherits an empty house and a legacy of magic from her Russian-Canadian grandmother.

YA author Jonathan Auxier won the $1,000 young adult fiction prize for Sophie Quire and the Last Storyguard (Puffin Canada), the second volume in his Peter Nimble series, which follows the titular 12-year-old book mender after Peter Nimble seeks her help with a magical, powerful volume.

Montreal-born writer A.C. Wise won $500 for her short story “The Sailing of the Henry Charles Morgan in Six Pieces of Scrimshaw (1841)” (The Dark, issue 14), told through vignettes inscribed on bones, as if for museum catalogue.