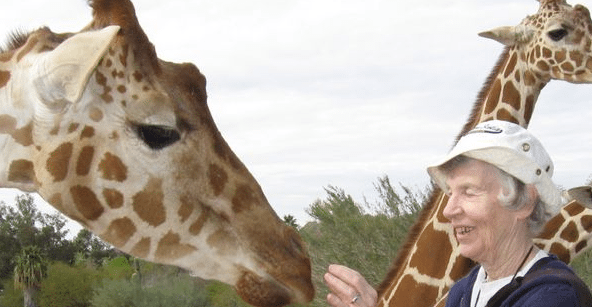 Maritime coastal ecologist and conservation scientist Caroline Fox won the adult prize for At Sea With the Marine Birds of the Raincoast (Rocky Mountain Books), which weaves natural and human histories with illustrations, photography, and the author’s personal experiences in her field of study. The title has also been shortlisted for B.C.’s Basil Stuart-Stubbs Prize.

University of Waterloo women’s studies professor and zoologist Anne Innis Dagg won in the children’s category for 5 Giraffes, the latest in the 5 animals series for young readers from Fitzhenry & Whiteside, which tells of the lives of five giraffes from both captivity and the wild.