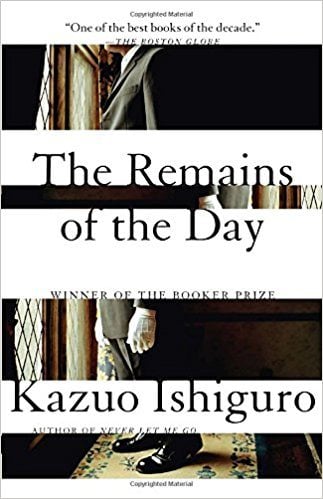 The Swedish Academy returned to form this year, at least somewhat.

After taking some heat last year for its unconventional choice of Bob Dylan as the Nobel laureate in literature, this year the academy named Japanese-born British writer Kazuo Ishiguro the recipient of the award. Ishiguro is best known as the author of the novels Remains of the Day and Never Let Me Go, both of which have been adapted into critically acclaimed films.

While there were rumblings that last year’s controversy would result in a highly obscure, highly literary writer winning this year’s prize, the Swedish Academy’s 2017 selection, while decidedly more traditional than the American troubadour, is also a well-known, well-regarded writer of accessible books. (With the possible exception of 1995’s The Unconsoled, which was received with consternation and negative reviews that are rare for its author, though the book has undergone a bit of a critical reappraisal in subsequent years.) For a notoriously secretive group that sometimes seems to favour writers even well-read cognoscenti are unfamiliar with (J.M.G le Clézio; Herta Müller, etc.), Ishiguro appears a relatively safe, consensus bet (very much in the vein of 2013’s winner, Alice Munro).

The Swedish Academy, in awarding Ishiguro the honour, states that the prize is for “novels of great emotional force” that reveal “the abyss beneath our illusory sense of connection with the world” – particularly barbed language in the current era of “fake news” and online propaganda. (And resonant with themes that Ishiguro has addressed in his most famous work.)

Born in Nagasaki in 1954, Ishiguro won the Man Booker Prize for his 1989 novel The Remains of the Day, which Merchant-Ivory adapted into an Academy Award–nominated 1993 film starring Anthony Hopkins and Emma Thompson. Ishiguro’s later work – notably the novels Never Let Me Go and The Buried Giant – has turned more toward genre territory, employing tropes of science fiction and fable.

The Guardian quotes Sara Danius, permanent secretary of the Swedish Academy, as saying that Ishiguro’s work is a mixture of Jane Austen, Franz Kafka, and Marcel Proust. “Then you stir, but not too much, and then you have his writings.”

Correction: An earlier version of this post misstated the publication date of the novel The Remains of the Day. Q&Q regrets the error.