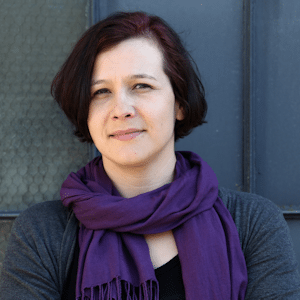 Earlier this year, Vermette, who hails from Treaty One territory in Winnipeg, took home the 2017 Amazon.ca First Novel Award and three Manitoba Book Awards. The Break was also shortlisted for the Governor General’s Literary Award and the Rogers Writers’ Trust Fiction Prize, and was a 2017 Canada Reads finalist.

The Burt Award finalists, who each receive $2,000, are Susan Currie for The Mask That Sang (Second Story Press) and Aviaq Johnston and Toma Feizo Gas (ill.) for Those Who Run in the Sky (Inhabit Media). Publishers of all three titles receive a guaranteed minimum purchase of 2,500 copies, to be distributed amongst more than 800 schools, libraries, friendship centres, and organizations across the country.

On Oct. 16, William Burt, the philanthropist behind several of CODE’s international literacy awards, died of cancer.