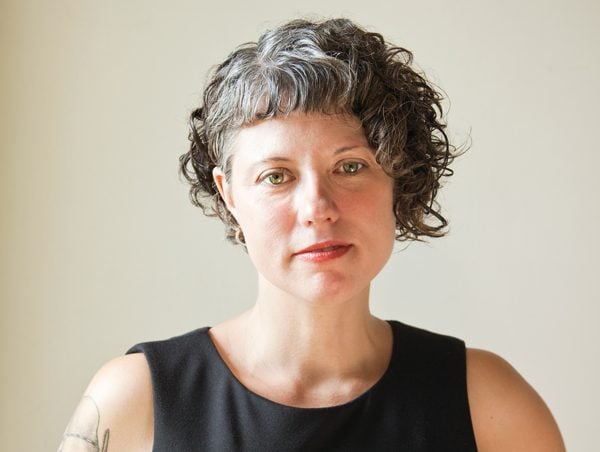 Say what you will about Amazon, but thanks to the online retailer’s customers and some mass confusion over a book title, Canadian author Emily Schultz has been handed an unexpected windfall.

As reported by Quillblog last fall, Schultz’s 2006 novel Joyland experienced a sudden jump in ebook sales on Amazon following the June 2013 release of Stephen King’s print-only novel bearing the same title. Many customers posted negative reviews of Schultz’s novel to the site, some of which indicated that the posters hadn’t clued into their error even after reading the book. (The original snafu was reported by Joyland Magazine, the online literary journal co-founded by Schultz, on its Tumblr.)

The sting was taken out of the unwarranted bad reviews when, much to her surprise, Schultz, whose most recent novel is The Blondes, recently received a “big” royalty cheque for the ebook sales. Capitalizing on the bizarre situation, Schultz, who now lives in Brooklyn, has launched a Tumblr called Spending the Stephen King Money. Each post chronicles a purchase made using the royalty money (including a $42 hair cut for husband and Joyland Magazine co-founder Brian Joseph Davis and a $200 car repair), complete with the question, “Would Stephen King like it?”

On the site, Schultz notes that while the money is “more a pleasant surprise than a fortune” (the author told the New York Observer that the exact amount will be revealed at the end of the blog), she thought “detailing how we’re spending the Stephen King money would be a nice way to end this funny and strange story.”