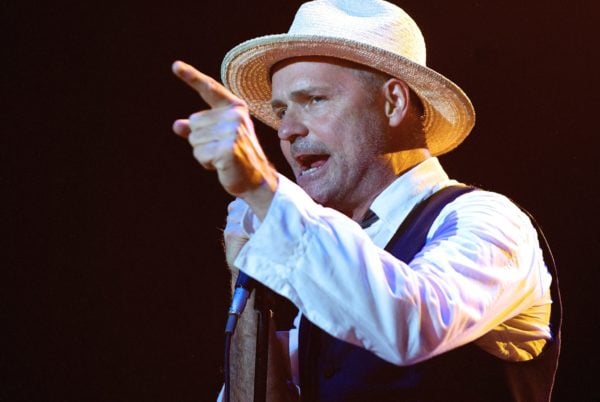 Gord Downie, the Tragically Hip frontman and Canadian icon, died at his home on the night of Oct. 17, according to a statement released by his family on the band’s website. He was 53. Last May, Downie announced he had been diagnosed with glioblastoma, an incurable form of brain cancer. The Hip’s subsequent farewell tour immediately sold out, and the band’s final concert, which aired on CBC television, drew a viewership of nearly 12 million.

Downie, along with his work as a singer and songwriter, was also an author. His book of poetry, Coke Machine Glow, released by Vintage Canada in 2001, is one of the bestselling poetry collections in Canadian history. His final studio album, The Secret Path, was accompanied by a graphic novel written by Downie and illustrated by Jeff Lemire. The book and album tell the true story of Chanie Wenjack, an Anishinaabe boy who died after escaping his residential school. The book was recently nominated for a Red Maple Award, and an animated film version of the book is scheduled to air on CBC on Oct. 23.