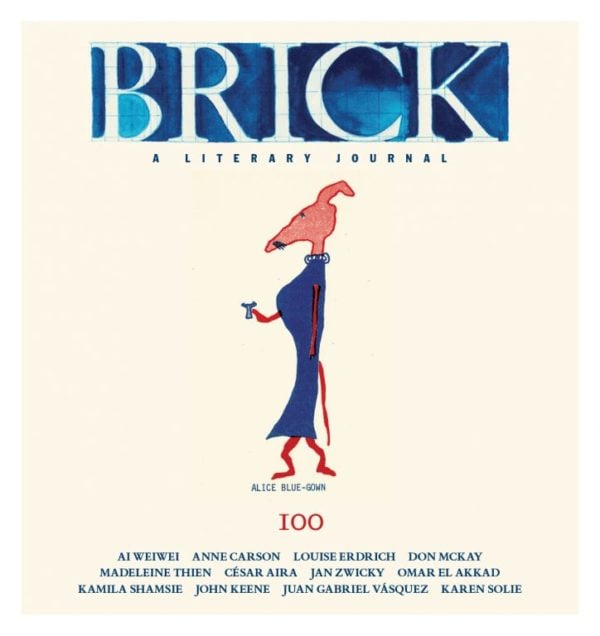 Brick, the Toronto-based, internationally focused literary journal, celebrates its 40th anniversary this month with the publication of its 100th issue. A special section will focus on what makes and holds together a writing life, and will feature contributors such as Anne Carson, Louise Erdich, and Madeleine Thien.

Brick was founded in 1977 by authors Stan Dragland and Jean McKay. It was published under the leadership of Michael Ondaatje from 1985 to 2013, and today is helmed by a collective of editors, including Linda Spalding, Michael Helm, Rebecca Silver Slayter, Laurie D. Graham, and Martha Sharpe.

The publication will host a launch party on Dec. 4 in Toronto at the Super Wonder Gallery.