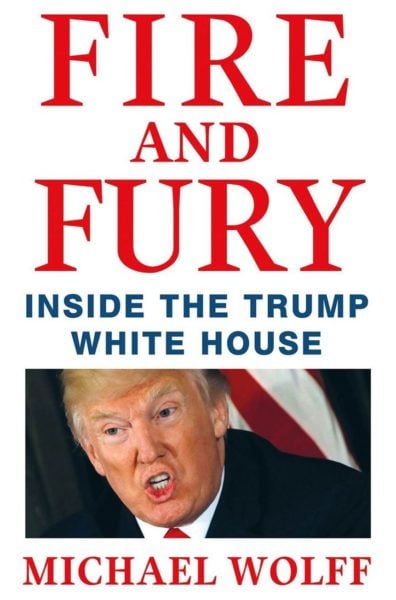 Canadian booksellers hoping to take advantage of the interest in journalist Michael Wolff’s bestselling exposé, Fire and Fury: Inside the Trump White House, will have to be patient just a little longer.

After U.S. president Donald Trump’s personal attorney sent a cease-and-desist letter to Wolff’s publisher, Henry Holt, the company moved the book’s on-sale date to Jan. 5, from its original date of Jan. 9. Although the digital title is available via various online e-retailers, the print edition has yet to make it into many Canadian bookstores. Jamie Broadhurst, vice-president of Raincoast Books, which distributes the book in Canada, says the initial orders have already been delivered (calls to a few retailers indicate any copies that have made it into stores are sold out), but that a “massive supply chain operation is underway right now. There are many variables in the supply chain, and everyone is  working on improving delivery times, but right now we expect our re-order supply in 10 days.”

Broadhurst expects that reader demand will outstrip supply for the short term as the “book is literally flying off the shelves as initial orders arrive and sell out,” but anticipates interest and promotion of the title will continue for months to come. “This is far more than just a book story now,” he says. “It’s a freedom-to-read issue, too.”

The Toronto Public Library has received* 29 of the 300 print copies it ordered and 150 e-copies, which are all out fulfilling holds. (There are currently more than 2,200 holds on the print edition. TPL readers are invited to check out its new list of books, 14 Books on Trump’s America, while they wait.) Across the country, the Vancouver Public Library is currently waiting for its 86 copies, which already have more than 625 holds.

For now, anxious readers might have better luck getting their hands on a copy of University of Toronto professor Randall Hansen’s 2008 book Fire and Fury: The Allied Bombing of Germany, 1942–1945, which has popped up on the bestseller list, thanks to its title.

*Clarification, Jan. 11: A previous version of this story stated that the TPL had received the full order of 300 print copies.