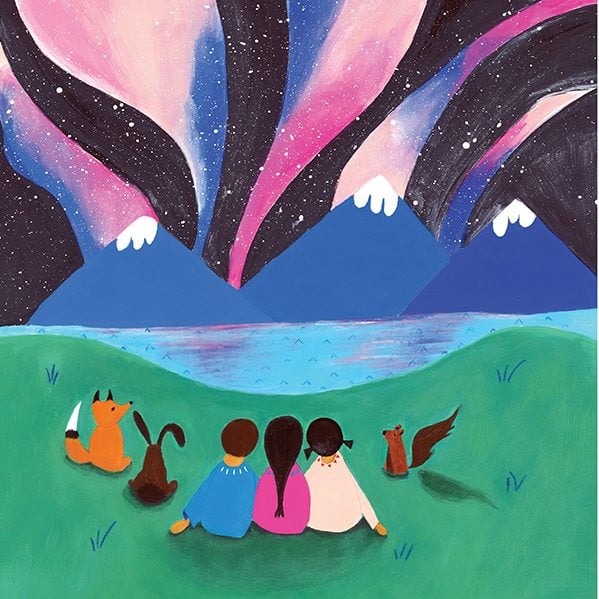 Until Jan. 21, the TD Gallery at the Toronto Reference Library is featuring illustrations from Canadian kidlit, in an exhibit entitled I am Canada: Celebrating Canadian Picture Book Art.

The library gallery was approached by Scholastic Canada to work together on the project as part of the publisher’s 60th-anniversary celebrations. Gallery curator Nicole Dawkins says they pulled from the Toronto Public Library’s Osborne Collection of Early Children’s Books, which has decades worth of original illustrations from Canadian kids’ books, and from Scholastic Canada’s private collection of originals as well – to show “joyful representations of childhood.” 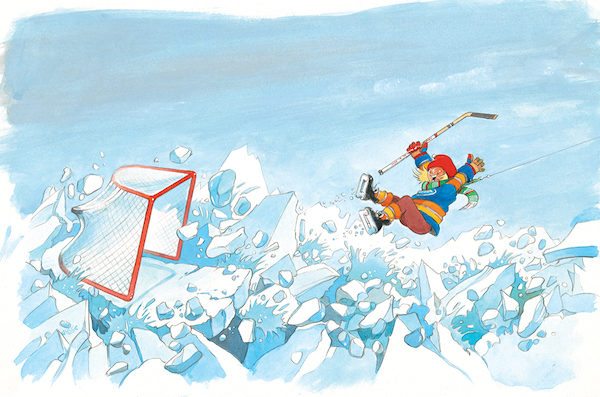 Just One Goal © 2008 by Michael Martchenko

The earliest piece in the show is one of Elizabeth Cleaver’s illustrations from 1968’s The Wind Has Wings: Poems from Canada. Other standouts include art from Just One Goal! and The Paper Bag Princess, both by Michael Martchenko; The Hockey Sweater, illustrated by Sheldon Cohen; and an image from Phoebe Gilman’s Jillian Jiggs.

Scholastic Canada caps the exhibit with new illustrations from its 2017 re-issue of Heather Patterson’s I am Canada, including the sure-to-be iconic cover image by Danielle Daniels. “You can get up close and see the original watercolours,” says Dawkins about the uniqueness of the exhibit. “There’s are pieces of Barbara Reid’s where you can see the original Plasticine on board. This lets you appreciate the artistry that goes into each page of a children’s book. We’ve hung it on the wall, and treated it as a piece of art unto itself.” But, Dawkins warns, “we’ve hung it lower than what we normally do, so it’s really at eye-level for younger visitors.”

I am Canada runs until Jan. 21, at the TD Gallery at the Toronto Reference Library. There are tours every Tuesday at 2pm and a day of activities with illustrators on Jan. 4.