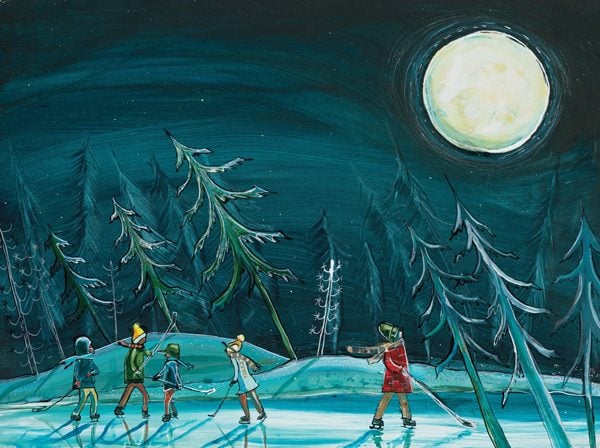 When the Moon Comes

IBBY Canada (International Board on Books for Young People, Canadian section) has named the nominees for the 2017 Elizabeth Mrazik-Cleaver Picture Book Award. The $1,000 prize, established in 1985 – following the death of Mrazik-Cleaver, one of Canada’s pre-eminent illustrators – is given annually in recognition of artistic talent in Canadian picture books.

When the Moon Comes, illustrated by Matt James and written by Paul Harbridge (Tundra Books)

A Pattern for Pepper, written and illustrated by Julie Kraulis (Tundra)

Town Is by the Sea, illustrated by Sydney Smith and written by Joanne Schwartz (Groundwood Books)

Winners will be announced April 10.