A Ballet of Lepers: A Novel and Stories 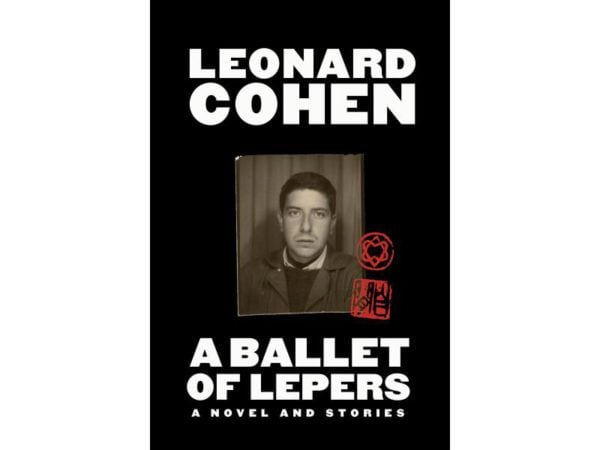 Reading the early and previously unpublished fiction of a writer – especially one known mainly for poetry – may produce some surprises, not all of them pleasant. And when the writer in question is a man who achieved world fame because of his songs, this early fiction is viewed through numerous lenses, including some that may create distortion. Plus, even the greatest writers have material that is far less than great.

The early works of Leonard Cohen written between 1956 and 1961 and published in A Ballet of Lepers offer, as editor Alexandra Pleshoyano says, “explorations of themes that will occupy Leonard for his entire artistic life.” In that regard, this volume may be of more interest to the academic reader than to the general fan of Cohen’s work, as the short novel and 15 stories are as uneven as one would expect. Several are deeply disturbing in their brutality, both physical and psychological. Cohen experiments with various forms of violence while grappling with various kinds of love, notably familial and sexual.

The title of the novel, A Ballet of Lepers, alerts readers to Cohen’s frequently deployed use of opposites. As in much of his work, the ugly and the beautiful are juxtaposed to illuminate each one’s presence within its opposite. However, the novel is sadly lacking in beauty; it is populated with nasty and pathetic characters. It’s what you might get if you locked a bunch of hungry cats in a room with no food.

The narrator is a 35-year-old man living in a single room in a rooming house on Stanley Street in Montreal. He gets a phone call from a couple in New York who have been taking care of his grandfather (a man he thought was dead and had never met). They can’t cope with the old man any longer. And no wonder – the guy is trouble. When the narrator goes to collect him at the train station, the old man spits on a policeman and then smashes the officer on the head with his cane. The grandson has a peculiar reaction:

Provoked or not, [my grandfather] had acted in an extremely
brutal manner in the train station. He had danced over the body
of a man he had wounded. He had urinated in an alley a few feet
from public traffic, an act which would usually disgust me. But now,
I was not disgusted. Actually, I laughed with a kind of admiration.
The bond of blood seemed more important to me than anything.
The bond of family, the bond of love.

As the two men don’t know each other yet, it raises the question of what love means.

The mystery of love is also addressed in the narrator’s relationship with his girlfriend, Marylin, a relationship based mostly on the physical. The two have sex almost every night, even after the grandfather moves into his grandson’s room. The narrator spends much time musing on love and sex, but he rejects Marylin’s desire to talk about those very topics. He lies to her about loving her. After pushing her to tears, he reveals the state of his emotions: “I have noted many times during my life, sadly, that only when faced with extremes of emotion in others can I confirm my own stability. Her grief restored me, made me manly and compassionate.” The man needs to assert his power while struggling with his sense of self.

And the violence continues. The narrator is committed to lies and betrayal. He uses an affair to hurt a man he barely knows. How the situation with his out-of-control grandfather gets resolved is nonsensical, but by that point, I no longer wanted to dwell in this world.

The short stories similarly explore facets of love, sex, and commitment – or lack of it. Clearly Cohen is working out ideas that he would continue to explore throughout his life, along with the issue of belief and what it means to be an artist. The most successful story, “Polly,” is an insightful glimpse into young infatuation from the perspective of a boy. Overall, though, the male perspective is mostly hard to take; the men – whether they are the first-person narrator or a character – view women simply as objects. Fortunately, Cohen tempered that view over time. Or perhaps he was so completely himself that fans just accepted that this was a man wrestling with all kinds of issues in the only way he knew how. I prefer to remember him not as the writer of these early works – or even Beautiful Losers, in which we can see the threads of these early fictions picked up – but as the humble and charismatic man of his poetry and concerts.