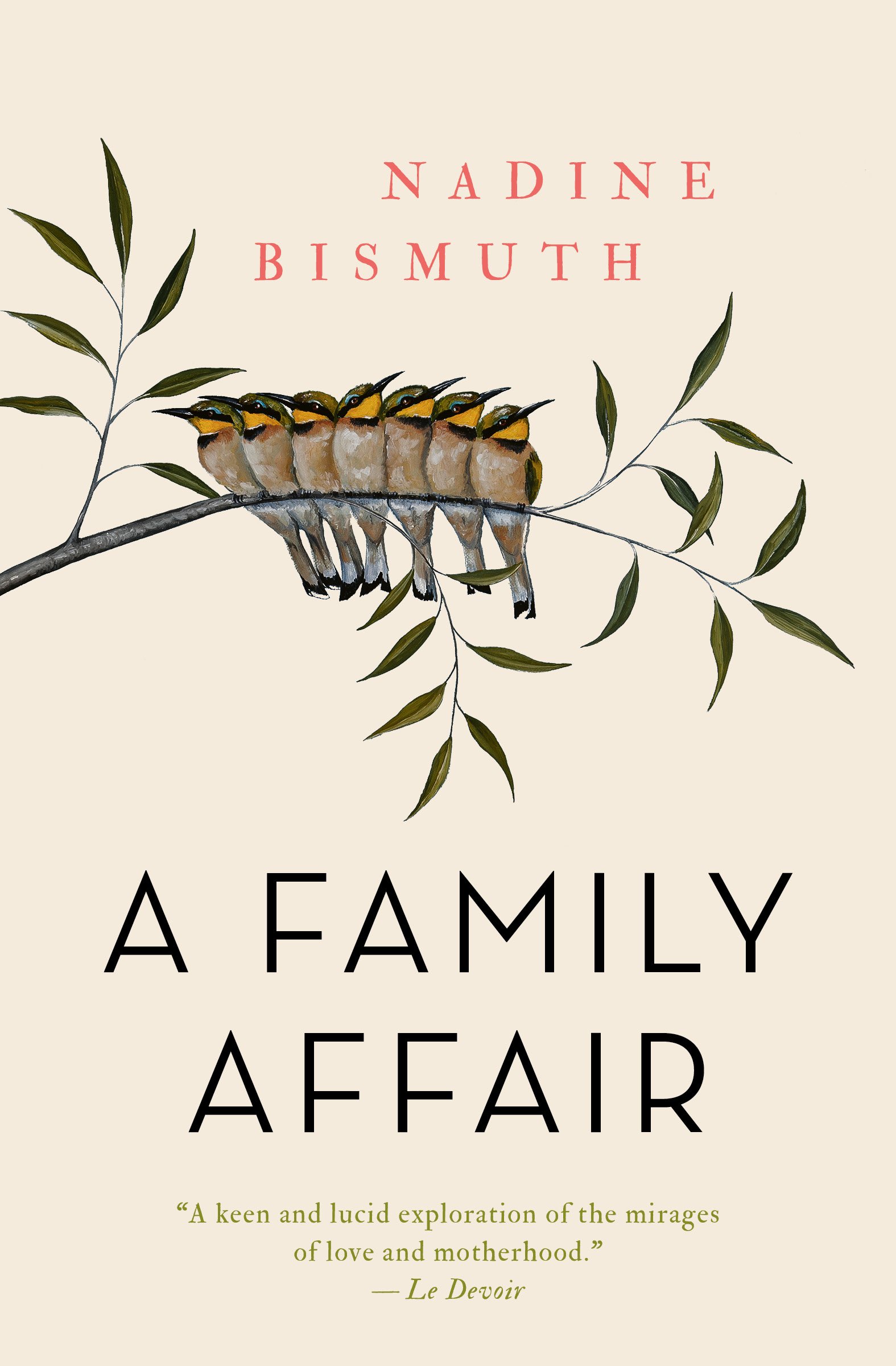 Montreal author Nadine Bismuth’s previous works established her ability to artfully pick apart the intricacies of relationships. Notably, her 2009 short-story collection, Êtes-vous mariée à un psychopathe? (which was nominated for a Governor General’s Literary Award and translated into English the following year as Are You Married to a Psychopath?), delved deeply into the frustrations of women in search of – and unable to find – a decent effing relationship. In her latest novel, Bismuth once again undertakes a careful examination of the many ways love, lust, and even malaise play out in romantic situations.

Initially, A Family Affair feels a bit convoluted: everyone is sleeping with someone they shouldn’t be, most of them are hiding those dalliances from the people they should be sleeping with, and it’s pretty clear that no one is going to come out of any of their situations unscathed. But Bismuth proves herself an able puppet master, pulling her characters’ strings to send them tumbling down interesting paths that spark moments of scathing social commentary or unsentimental introspection.

The story centres on Magalie, a 40-ish kitchen designer who has mostly finished an affair with her business partner, Olivier, after discovering her long-time boyfriend, Mathieu, has been sleeping with another lawyer at his firm. In addition to hiding her own infidelity from Mathieu and Olivier’s partner, Magalie is also bearing the weight of unrelenting grief over the death of her father seven years prior. Time has not healed her wounds, and when her mother announces she’s fallen in love with André, a man she met online, Magalie is unable to be happy for her; instead it feels like a betrayal. Events become even more complicated when André’s son, Guillaume – a divorced single dad and beat cop whose biggest complaint in life is that living in the suburbs to be near his daughter is destroying his ability to date – becomes immediately besotted with Magalie.

In Bismuth’s rendering, Magalie is a bit of an everywoman: she works full-time, shoulders the bulk of care for her five-year-old daughter, and struggles with feelings of ennui and frustration at the turns her life has taken. She is angry and vengeful, petulant and unapologetic, but in the emotionally turbulent world Bismuth’s fiction reflects, Magalie’s actions and reactions feel fully justified.

A minor storyline about a missing woman seems like an unnecessary accessory for most of the book, only to become the lynchpin in an 11th-hour screed that brings fullness to Magalie’s less dramatic, but still emotionally resonant, story.

The original French text of A Family Affair (Un lien familial) won the 2020 edition of Radio-Canada’s Combat national des livres and Russell Smith’s able English translation is bound to help garner more attention for the novel. Bismuth’s acid pen retains its potency in passages that criticize the inequities experienced by women in all areas of their lives, while the translation captures the idiosyncrasies of French-Canadian syntax and cadence in a charmingly off-kilter manner. – Dory Cerny