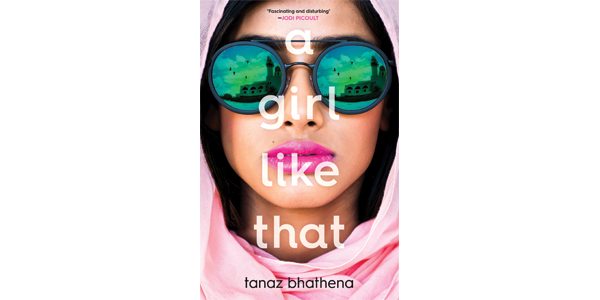 Tanaz Bhathena’s debut novel begins with a car crash. Teenagers Zarin and Porus are killed on a highway in Jeddah, Saudi Arabia. Their ghosts linger above the wreckage, where they watch family members react to their deaths. Then the story flashes back to reveal what led to the tragedy, and what it means to be a teenager within the strict confines of Saudi Arabian society.

Zarin is an orphan, raised since the age of five by her mentally unstable aunt, Masi, and her ineffectual uncle, Masa. Zarin’s mother was a bar dancer and her father a gangster, and Masi never lets her forget the shame of her parentage. The aunt mistreats Zarin, beating her, making her wear pants instead of dresses, and cutting her hair short to discourage attention from boys. Masa, trying to appease his wife, seldom defends Zarin, who grows up defiant and duplicitous. By the time she is 14, Zarin’s femininity cannot be toned down, and she’s sneaking out of school to ride around in cars with boys, kissing and sharing cigarettes. At school she excels in English and debating, but she is ostracized by her malicious, gossiping schoolmates. They resent her: she is too clever, too rebellious, too self-sufficient, and doesn’t seem to care what other people think. One classmate, Mishal, spreads vicious rumours about Zarin on her anonymous gossip website.

Porus, who works in the neighbourhood deli, loves the prickly Zarin, even as she holds him at arm’s length. His tenacity and sense of humour break through her defences, and slowly she comes to trust him as a friend.

Zarin, meanwhile, keeps pushing limits and taking risks. Her relationship with Fahran, a predatory boy she knows from school, eventually leads to violence. Her uncle and aunt plan to marry her off before she brings more shame on their family. As events escalate, Zarin turns to Porus, who puts his life and his livelihood on the line for her.

With great skill and compassion, Bhathena weaves together the voices and stories of these characters – Zarin, Porus, Mishal, and Fahran – showing how they’re all imprisoned on some level by the circumstances of their lives.

The author, who grew up in Mumbai, Jeddah, and Toronto evokes the Jeddah of her childhood with a clear, intense focus. Girls lack freedom and self-determination; women are governed by their husbands and sons and are not allowed to drive or leave the house alone; boys who observe their fathers’ behaviour are conditioned to treat women with no respect.

Cars are the only place where teenagers can escape their parents and the religious authorities, so they drive around endlessly. Amid all this, Bhathena’s teen characters also cope with universal teenage problems, including the search for identity, dysfunctional families, sexual exploration, and the destructive power of social media.

A Girl Like That is haunting, uncomfortable, and poignant, with persistent characters who stay with the reader, much like the ghosts hovering over the accident at the beginning of the story.