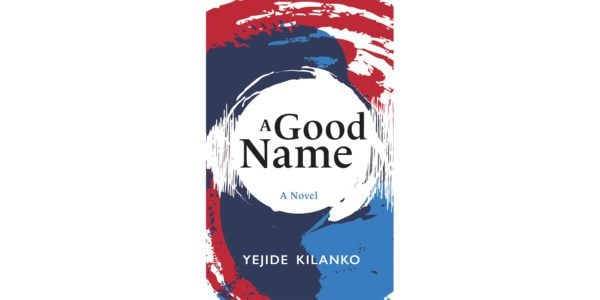 Yejide Kilanko’s intimate cross-section of a marriage in A Good Name not only investigates cultural expectations and familial duties but also homes in on the realities of immigrant life in America.

After 12 gruelling years in the United States with little luck and even less money, cab driver Eziafa gives up on his romance with Jovita when his mother disapproves and returns to Oji, his home village in Nigeria, to find himself a traditional wife. Kilanko, author of Daughters Who Walk This Path, effectively sets up the contrasting dynamics of Eziafa’s relationship with his American girlfriend and that of his much younger wife, villager-turned-nurse Zina.

Eziafa is deeply misogynistic in marriage; his main objective is to find a woman to “mould to his taste.” The underdeveloped relationship between Eziafa and his beloved deceased father seems a missed opportunity to unpack his limited definitions of masculinity. Cultural norms are explicitly voiced by Eziafa’s mother, the one woman he does respect. When he insists that the village’s approval does not matter, she retorts, “Who else will truly celebrate your success? Eziafakaego, those who left for America after you have come to do bigger, more important things. All I’m asking is for a bride. Is that too much?” The burden of fulfilling expectations fuels much of Eziafa’s behaviour, unveiling the darkest part of his personality.

Zina is a vibrant young woman who transforms throughout the three sections of the novel. She dreams of gaining an education, even if that means leaving the only home she’s known and marrying someone she doesn’t like. One of the most endearing scenes is Zina’s first walk in Houston on her own, yet it also illustrates how her husband has controlled and isolated Zina in her new life.

As Eziafa’s grip tightens, Zina protests, pushing against the limits of an insecure and tyrannical husband. Their commitment to their families in Oji is the one common cross they bear. It is a relief when Zina finds solace among her friends, even though they are more characters of convenience than fully realized individuals.

At times the dialogue is clunky, but Kilanko successfully captures her main characters’ voices: Eziafa’s complex and dangerously abusive tone and Zina’s youthful, sarcastic tongue that berates and cuts down her husband’s confidence. Their animosity prods at the reader; we gasp and recoil as the disintegrating marriage relentlessly persists.

Loss and grief at Zina’s workplace punctuate the final third of the narrative, preparing us for the novel’s dramatic conclusion, which, though heavy-handed and conflicting, is also challenging. It is impossible to ignore the message in Kilanko’s work, foreshadowed in the vignettes from the lives of the other women in the book and addressed in the author’s dedication.

In spite of its shortcomings, A Good Name is a powerful story that interrogates the normalization of domestic violence, challenges cultural perceptions of success, and questions whether this couple was doomed from the start or whether alternative choices could have set them up for a different fate.