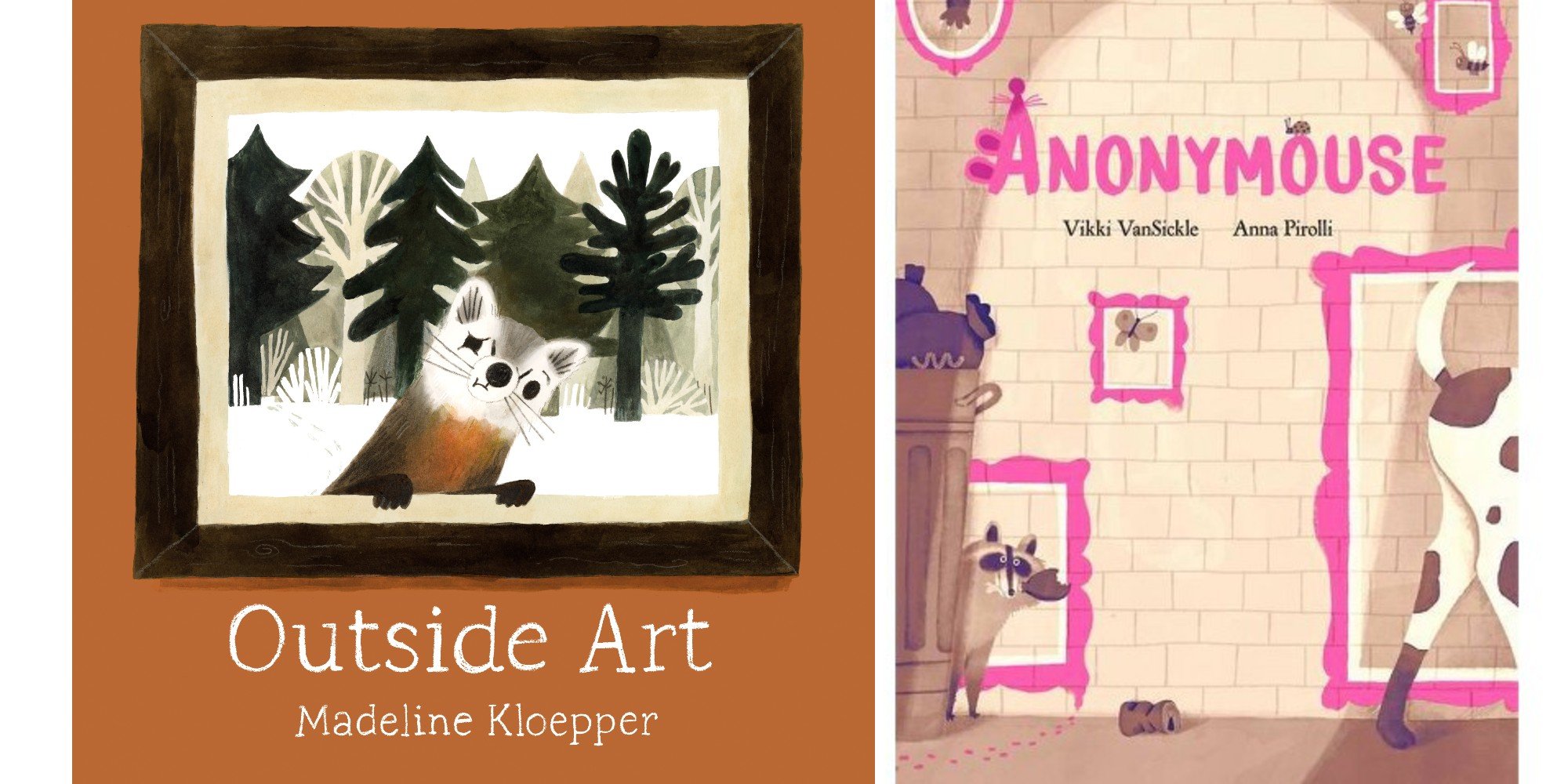 In Anonymouse, the latest picture book by Toronto author Vikki VanSickle, a mysterious rodent creates Banksy-esque street art to lift the spirits of his fellow city critters. The assuredly understated narration takes an off-the-beaten-path tour of urban art, from the dank depths of the sewer system where a rat’s modest hole in the wall is transformed with a spray-painted, frilly pink curtain facade, to a bat cave in an abandoned industrial warehouse that gets graffitied with a joke on the Caped Crusader. There’s a whimsical bull’s eye stencilled on a lamppost for peeing dogs; a trompe l’oeil mural of a fancy restaurant on the side of a dumpster for raccoons dining al fresco; and a tiny ant Atlas carrying the world on its shoulders sketched on the sidewalk gutter. 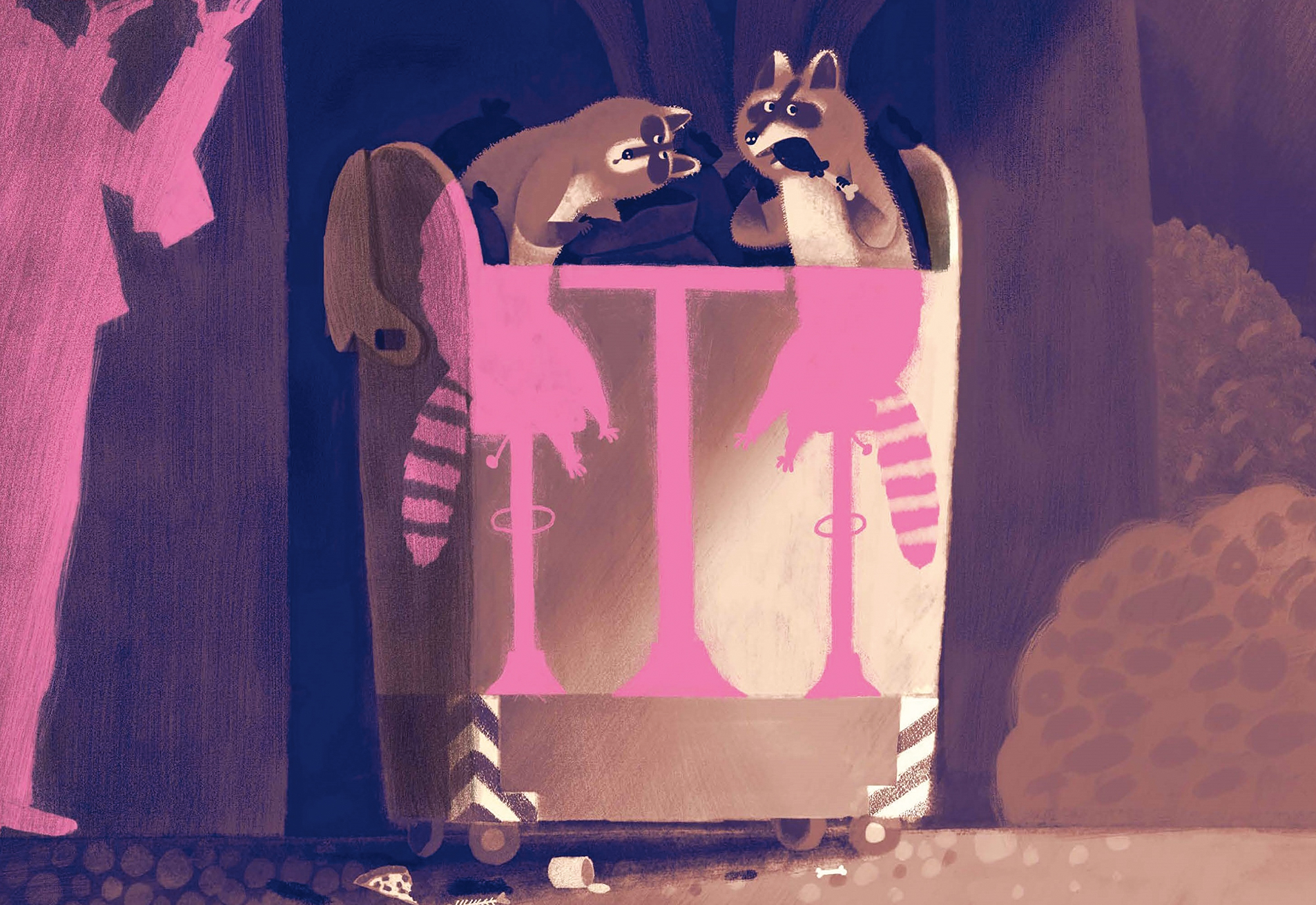 Slyly subversive, Anonymouse also offers a shrewd commentary on the challenges and hazards facing nature in the city. Stumps of chopped-down trees appear to cast ghost shadows of their former leafy glory against a building wall, and displaced squirrels are forced to find new hiding spots in spaces left by missing bricks. There’s a satisfying sense of restorative justice when the ugly, ubiquitous antennae and satellite dishes on the roofs of houses are beautified into painted flowers that attract bees and butterflies.

The busy cityscapes in Italian illustrator Anna Pirolli’s digital artwork have a limited palette of twilight blacks and concrete greys, enlivened with splashes of shocking pink that command attention. The playful approach to perception and perspective extends to Anonymouse’s tag – the capital letter “A” turned into a cartoon mouse with ears on the side and whiskers at the tip. The “world is his canvas,” and although his art may eventually fade from surfaces, it leaves a deep, lasting impression on his fellow animals, allowing them to look at their city in a new way and motivating them to carry on the guerrilla graffiti movement. 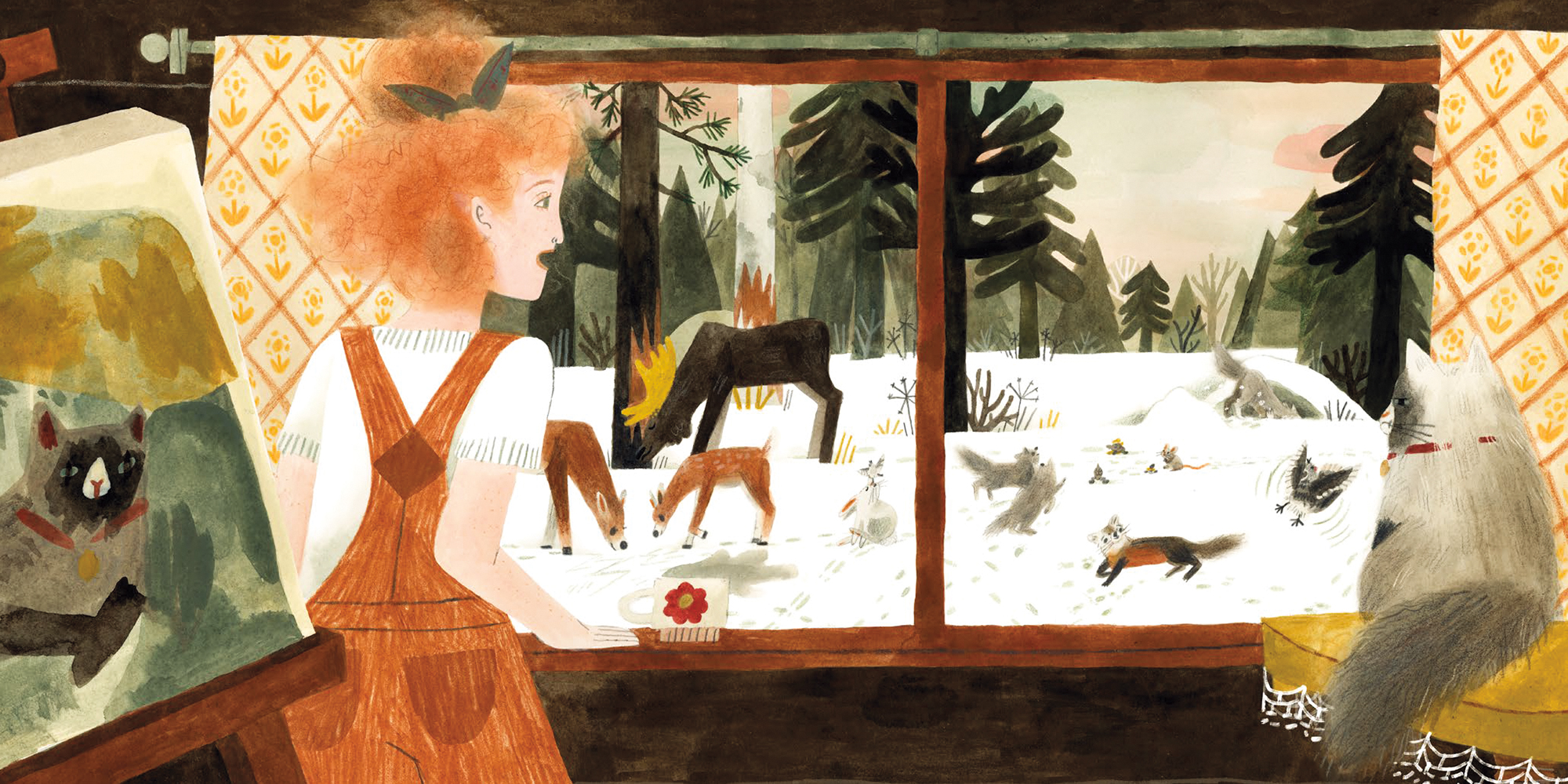 Outside Art, a picture book by B.C. author-illustrator Madeline Kloepper, focuses on how tricky it is to define art. Curious Pine Marten loves peeking in on the local art scene, always interested in what the “human in its log nest in the woods” is up to. When the red-haired woman is spied “putting colors on a board using a furry stick,” Pine Marten and his forest creature friends start to muse over perennially puzzling questions about the purpose and meaning of art, and a lively debate ensues.

The animals’ scrutiny of the artist and her work, from outside the window looking in, prompts zippy back-and-forth dialogue and delivers lots of wry humour. Chickadee thinks the colourful display is a way to say “here I am, listen to me”; Moose is convinced “Art’s about finding a lady moose”; and nihilistic Grouse just squawks, “THERE IS NO MEANING!” The pompous house cat, sitting high and haughty on her indoor pedestal perch, is a self-declared expert on “The Artist’s work” and launches into a lofty exposition that is comically undercut with blank stares and mutters of “Ab-stract?” and “Huh?!”

Kloepper’s distinguished, stylized coloured-pencil-and-gouache illustrations are gallery quality. An infectious inquisitiveness, innocence, and honesty emanate from the scenes. Long-lashed fawns; playful, howling coyote pups; and a cozy, snow-capped cabin in the country where the creative fires burn have a Maud Lewis charm.

After the artsy argy-bargy winds down, Pine Marten decides to try out his own artistic technique, using paw prints in the snow. As each animal gets into the flow of creating personal works, from digging a den to scraping antlers on a tree, these true outsiders have an epiphany: “all of us were right about what Art can be … And every one of us is a great Artist.”