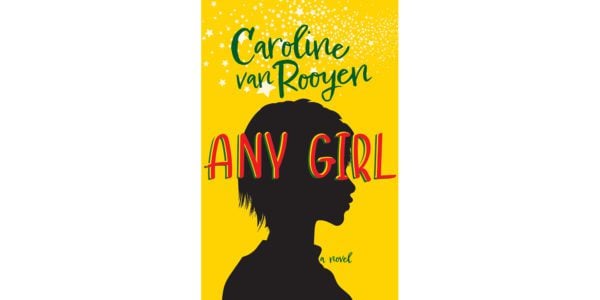 Fifteen-year-old July is hypervisible yet invisible. A teenager in an elite South African private school, she hides her single mother’s terminal illness but is unable to hide her family’s poverty. July, like many women and girls in South Africa, is also a survivor of a violent sexual assault. When she finds a schoolmate semi-conscious with injuries similar to her own, she realizes her attacker is a serial rapist and vows that no other girl will fall victim to his violence.

Although Any Girl is a fictional story about a teenager trying to get revenge and protect other girls, Caroline van Rooyen also attempts to address the larger problem of sexual violence in South Africa. Unfortunately, the setting and history of South Africa is vaguely presented and that prevents the reader from becoming fully immersed in the narrative. The omission of apartheid and the devastation that this system of racial hierarchy wreaked on South Africa leaves out essential context. While older readers may understand this history, today’s young readers – who were born after the fall of apartheid in 1994 – may not grasp the significance of a private high school in Pretoria trying to be a bastion of interracial harmony, or understand the references to white South Africans feeling as if they are targets for theft and violence.

Violence – both subtle and gruesome – runs through the novel. Any Girl’s transformation into a detective novel relies on effective pacing and the creation of suspense, but the shocking climactic violence and abrupt ending may leave the reader feeling both overwhelmed and unsatisfied. Whether July and her friends truly get justice or redemption remains a question at the end of the book.

The novel’s most touching aspect is the growing relationship between July and her wealthy classmates Lily and Khetiwe. By bringing them together in their attempt to catch the serial rapist, van Rooyen cleverly shows young readers how sexual violence crosses lines of race and class. When July finds an ally in the school principal’s son, David, the important role that men and boys must play in ending violence against women and girls is thrust to the fore – and it becomes evident that sexual violence is a problem to be solved by all of society.