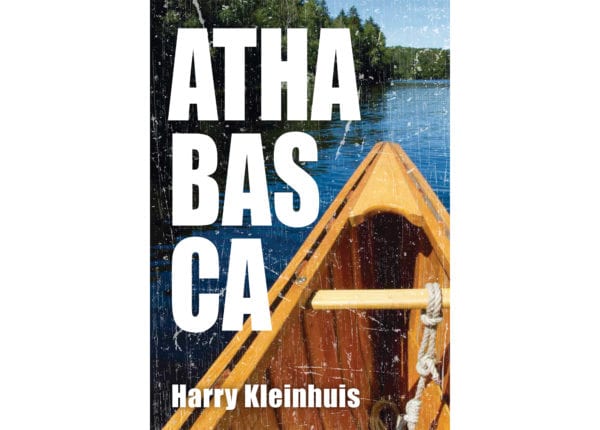 Parry Sound, Ontario, author Harry Kleinhuis delivers a well-realized, if uneven, adventure novel set on Alberta’s Athabasca River in the late 1930s. Fifteen-year-old Jack can’t take his distant, moody, and sometimes violent father, Malcolm, any longer. So he flees in a canoe, leaving behind his parents, two siblings, and their log house beside the river.

Jack soon ends up stranded on the riverbank with a broken arm. His father tracks him down, but Jack’s unsure whether he is being rescued or captured. A river flood forces father and son not only to work as a team but also to learn how to communicate. Malcolm comes to understand his son’s wanderlust as Jack begins to understand his father’s PTSD (known as shell shock in the ’30s) caused by his horrific experiences during the First World War.

The life-changing river adventures in the first half of the novel teach both Malcolm and Jack lessons in tolerance. Though Malcolm had moved his family away from the PTSD-triggering noise of the city to the quiet of the wilderness, the family decides to relocate to Edmonton for a new life. But before their departure, an unforeseen tragedy strikes, redirecting the narrative’s focus from Jack to Malcolm.

Athabasca ends on a bittersweet and meditative note, a departure from the nail-biting adventures and family drama in the preceding pages. The changes in tone and focus in the second half are jarring, but the resulting unevenness is not fatal for readers’ enjoyment.

Kleinhuis’s cinematic prose makes the wilderness come alive, with every canoe trip a thrilling quest. The Athabasca River, which could be considered a major character in the novel, is at times a cruel, dangerous villain, but it also plays the role of healer, transporting Jack and his family to a new beginning.

Kleinhuis’s ability to dive deep into his characters’ emotional worlds allows readers to see them in all their complexity. One exception is Jack’s mother, Rose, a cardboard figure amid an otherwise finely sculpted cast.

Athabasca is a memorable and exciting adventure set against a believable, well-researched landscape of a century ago.