★Because They Were Women: The Montreal Massacre 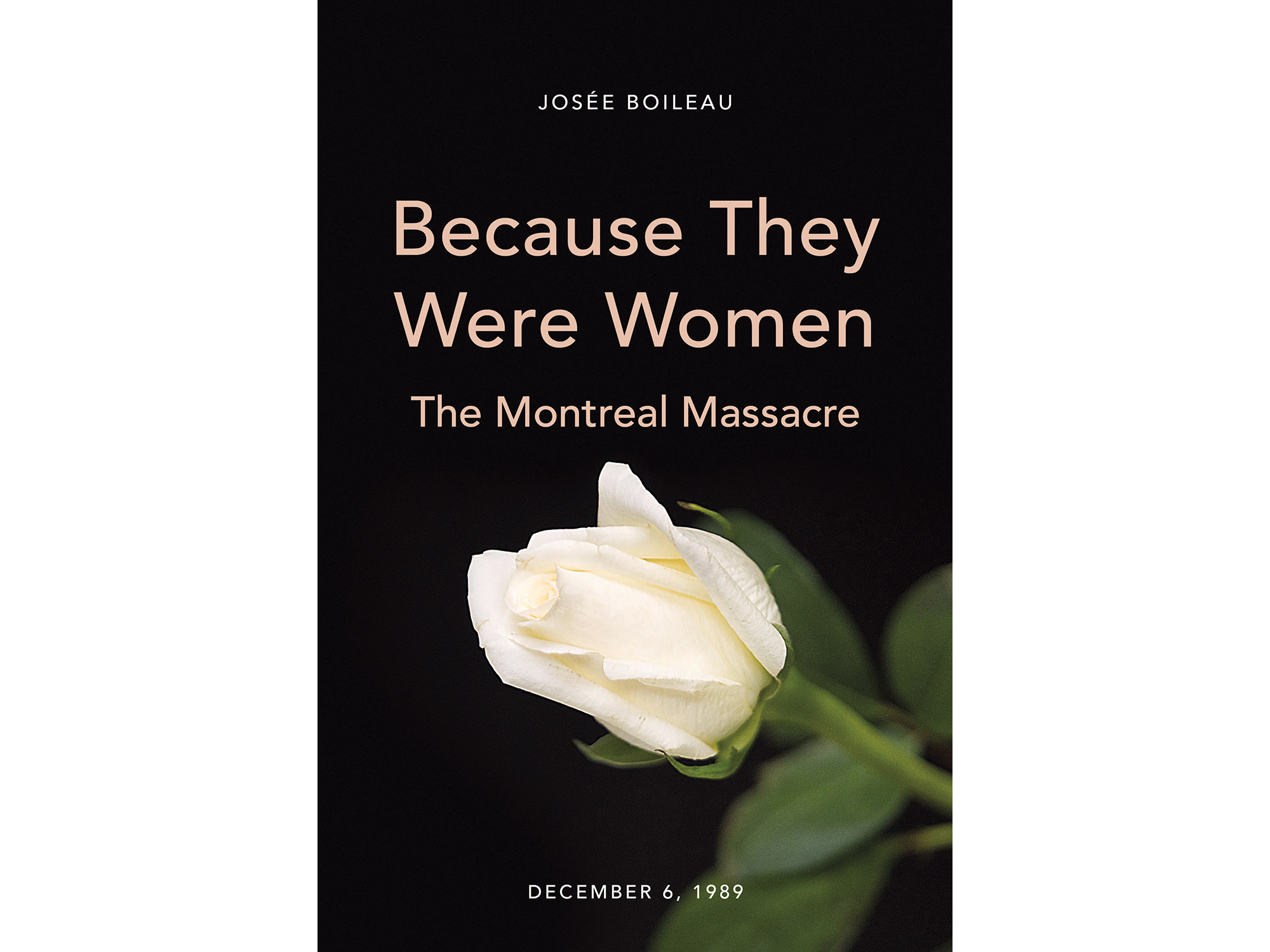 Anyone who has ever attended a vigil on Dec. 6 knows that there’s a certain protocol to be followed when remembering the victims of the Montreal Massacre: speeches are made about gender-based violence, both in general and on that day in particular; the gunman’s actions are mentioned but never his name; finally, there is a recitation of the names of the 14 women murdered at the city’s École Polytechnique in 1989. It’s a ritual of not forgetting, because as the event itself fades further into the past – this year will be its 31st anniversary – there is a real fear that the memories of the victims will disappear. In fact, there’s a sense that they’ve already been reduced from being vibrant individuals to little more than a list of names and ages. The same goes for the massacre itself: every year it seems more removed from its original context, more given to facile interpretations like “the gunman hated women,” without acknowledging what kind of women he hated – specifically, feminists – or exploring the socio-political forces that shaped that hate.

Josée Boileau’s 2019 book, appearing now in English in a translation by Chantal Bilodeau, offers a corrective measure to this memory drift. In engaging, accessible prose, Boileau describes not just the day of attack at the École Polytechnique but decades of events leading up to it, from early suffrage in Quebec through the seismic social changes that happened in the province thanks to second-wave feminists. She writes about the heady momentum many Québecoises felt throughout the 1980s, the sense that their future was bright and filled with possibility, and how it ended with a sickening jolt on the night of Dec. 6, 1989. She also writes about the fall-out afterward, the despair and disillusionment that many feminists felt, the fact that they had to push to have the attack recognized as gender-based violence, and the rise of the misogynistic “masculinism” movement.

All of this is fascinating and often emotional, but it’s the last 80 pages of Boileau’s book that are most affecting. They contain in-depth profiles of each of the 14 women killed in the massacre, full of family photos and anecdotes. Boileau tells us of Maryse Leclair’s rebellious streak and her love of the Montreal New Wave scene; that Sonia Pelletier wasn’t even supposed to be at school that day, except that she generously wanted to support her friends as they gave their final presentations; that Maryse Laganière’s husband, whom she had married just four months before, felt certain that she was pregnant with a hoped-for child when she died, even though she hadn’t had the chance to take a test. Boileau’s approach has the double effect of humanizing that list of names and ages we associate with Dec. 6 and making the reader feel the loss of these young women and their futures all the more keenly.

Because They Were Women would make a good addition to a high-school or undergraduate history curriculum, but even those who are familiar with the tragedy and its legacy will likely learn something from it.