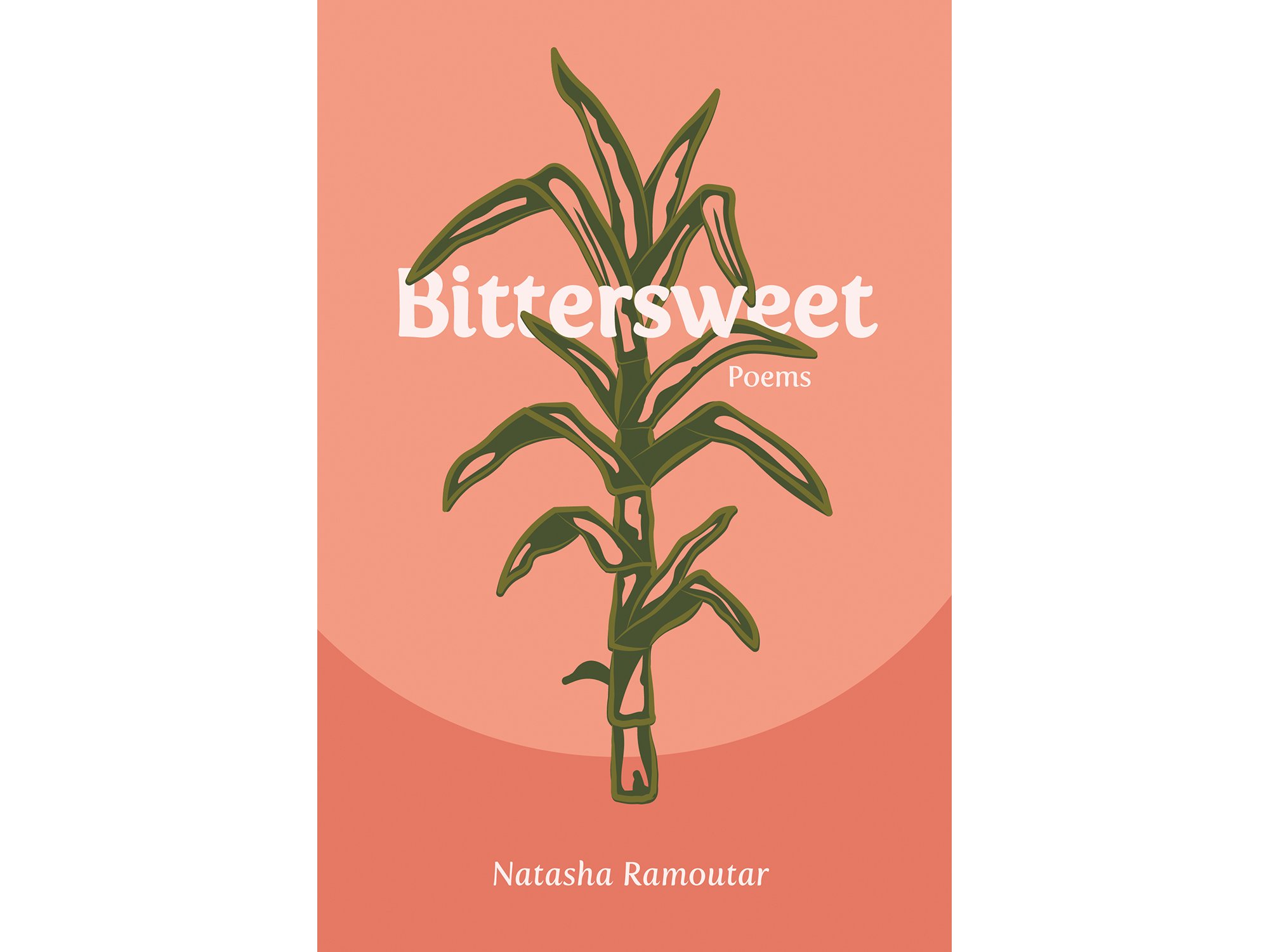 Indo-Guyanese Canadian Natasha Ramoutar’s debut collection of poems charts paths through diasporas and ends in a celebratory uplifting of Toronto suburb Scarborough, the final destination on this journey. With an especially skilled use of internal rhymes, Ramoutar’s collection evokes balanced moments of ache, joy, and rumination.

As the title suggests, many poems leave a feeling of melancholy, but the nostalgia is tinged with a critical lens. “Tell me again how the nightingale called every night / to a lover who would not decipher her laments, / how the migration passed by as she sang,” Ramoutar writes in “Bird Song.” That line structure echoes in “To those who came before –” in which she writes, “how that one single exhale ignites the light in all of us.” This is poetry that is quite literally experienced in an exhale of breath.

Ghosts float in and out of the poems. In “Air,” we encounter “a spectre that leans over my / shoulder breathing, asking once / more only to disappear when I / turn to look.” This is one of the many spectres of the diaspora: the physical landscape of origin, the people left behind, the tangibility of the present.

The poems loosely travel from the speaker’s elusive point of origin and arrive in Scarborough, where Ramoutar crafts laugh-out-loud moments out of the joy in the city. “White men have wine game but no whine game” is a one-line poem that demonstrates Ramoutar’s skill with sound and rhythm. In “Tandem,” she writes, “We sit tandem to the mandem, us gyaldem who stem from / same soil but branch for shade.” The poems in the latter half of the book bring a refreshing twist to poetry of the diaspora. Over and over again, Ramoutar contrasts a grounded home – whether in Guyana or Scarborough – with the cosmological. The shifts in language feel natural yet come as a surprise. There is no way of expecting where any of these poems will go.

Resisting language of nostalgia, Ramoutar crafts histories of resistance and uprising. In “East,” she writes, “Someone once told me: / resilience is born of pain and desire / We reach for the sun, uprising.” The bitter and the sweet balance each other to culminate in a space of living, of being. Gentle poems like “Atlas Hugged” reflect on the smallness of being: “I waver between / wanting to hold the world / and wanting the world to hold me.” Tenderness is especially palpable in the final poems: “the smoke imprints on my skin and hair / like a now-found lover.”