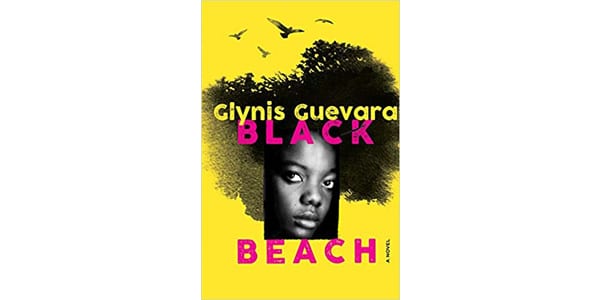 Glynis Guevara’s second novel, Black Beach, is set in the small fishing town of La Cresta on an unnamed Caribbean island. The story follows 16-year-old Tamera Woods through a period of transition. She’s struggling in a long-distance relationship with her boyfriend, Dalton; is close with her mother but is fearful she will inherit her mental illness; and is bothered by the idea that her closest friends are leaving her behind as they move forward.

As she grapples with these complex experiences, Tamera works toward figuring out what she wants from her own future. While the novel focuses primarily on this journey, Guevara manages to make La Cresta more than a backdrop to a coming-of-age story through vivid supporting characters and meticulous portrayals of communal activities: “It was a tradition in the village that several months before carnival, Samuel would set up a mini mas camp in his front yard, a place where villagers could come and help create handcrafted carnival costumes. … Some of them were adorned with batting fabric and feathers, others with sequins and decorative braids.”

The focus on La Cresta is apparent from the first chapter, when Tamera and her father, Earl, learn that a girl from another part of the island has gone missing – the second in two weeks. Soon after, one of Tamera’s own classmates vanishes from a party and the neighbourhood is shaken by how close to home the disappearance occurs.

New developments on the island threaten its ecological balance, which in turn puts strain on the livelihood of the local fisheries. When an oil spill pollutes the beach, there are lasting consequences for the town. Rattled by her friend’s inexplicable disappearance and angry at the destruction of the land, Tamera grapples with the helplessness she feels. Running parallel to these unfortunate events are Tamera’s personal complications with her mother’s health and uncertainty about Dalton.

While the dialogue tends to be overly formal and expository, it provides great insight into Tamera and La Cresta, allowing the novel’s central mystery and Tamera’s emotional arc to feel rich, complex, and real. Guevara has written an honest book about the insecurities of growing up, the complexities of family dynamics, the disturbing secrets of a community, and the power of neighbourly love.