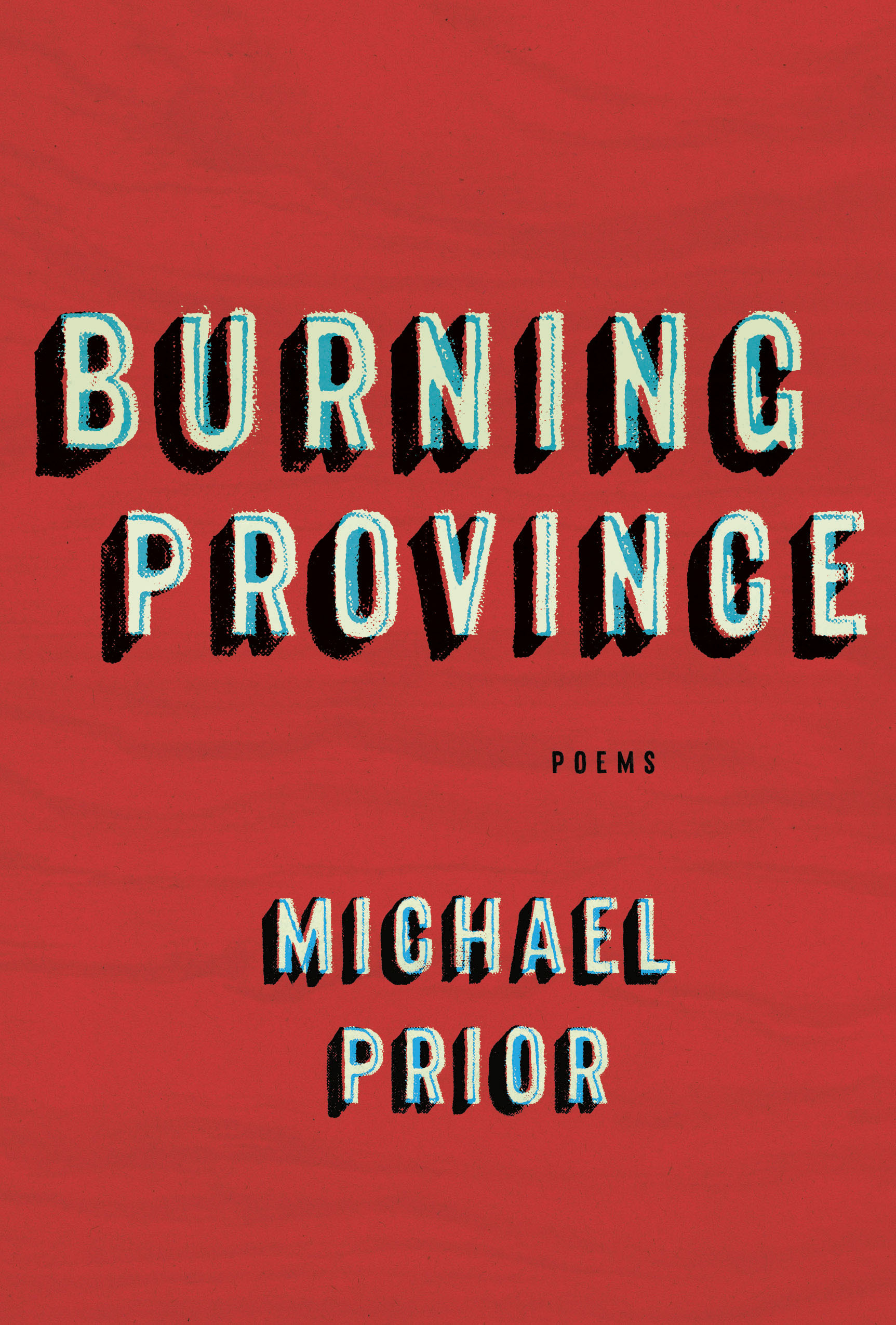 Michael Prior is a supremely confident poet. The opening lines of “Lights and Years” present the reader with a pop-cultural image that appears exciting and almost joyful. Prior then proceeds to completely upend every expectation that set-up offers: “I remember how she rewound the VHS / each time I pleaded to see the Falcon / sail free from a dead star’s fiery pointillism. / Or, how he leaned back, answered, We waited for it to end, / when I asked, What did you do in the camp?”

The “she” and “he,” one intuits, are the speaker’s grandparents, who recall the “midnight funerals” of wartime imprisonment and “the black hole of a body unbodied by heat.” This is counterpointed late in the poem with the image of Darth Vader’s “obsidian mask” on the funeral pyre slowly “fill[ing] with ash.” The juxtaposition of a Hollywood fantasy rendition of war and the defeat of evil with the repercussions of real-life trauma is carefully calibrated and handled with a deft touch.

Images of flames, ash, and heat recur throughout Prior’s second collection, which interweaves the internment of Japanese Canadians with the wildfires that ravaged the province of B.C. in 2015 and again in 2017. The speaker in “Province” recalls waking “to ash on the cars / and warnings strung along the causeway.” In one of two poems titled “Tashme,” “fires metastasize through the Interior,” while in “Slamander,” the “[r]ain boils the river.” Prior’s twin subjects are brought together in “Portrait of My Grandmother as the Burning Province,” in which the speaker’s ailing grandmother, “already husk and halving,” is confined to her bed in a 16th-floor apartment, watching “breakers of ash collapse towards the coast.”

Here and elsewhere, Prior telescopes the distance between the personal, the political, and geographic, his language roving between intimate observations of the self and the world – both natural and manufactured – beyond. The syntax is straightforward enough, but the musicality of the language, typified by internal rhyme and assonance, is sophisticated and pleasingly euphonic: “fledglings / in our chests bear no desire to leave the nest, / or rot to barbed wire.” Prior proves equally adept at handling imagistic language, as in “a blizzard’s dull teeth” or “the highway’s unspooling cassette” (both from “Poem after the Gift of an Ammonite”).

Formally, Prior riffs on the established Canadian tradition of nature poetry (one poem is called “Georgic,” another “Pastoral”), but in his hands this becomes a vehicle for excavating a conflicted and frequently traumatic history from the B.C. land that his family has inhabited. With homages to Virgil and Katherine Anne Porter and allusions to everyone from Robert Lowell and Annie Dillard to Joan Didion and James Schuyler, the poetry in Burning Province is brief but densely packed, finely tuned and aware.