Carmen and the House That Gaudí Built 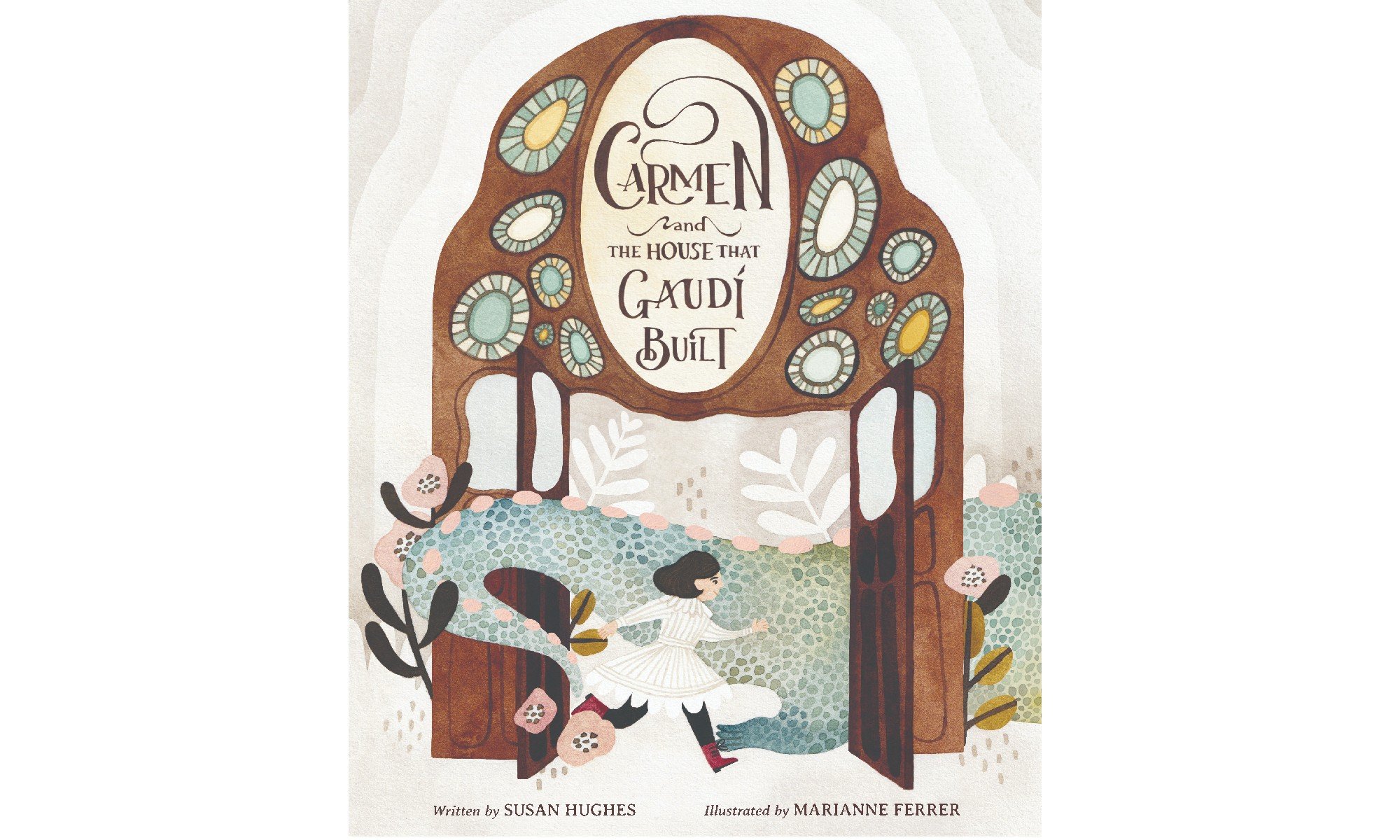 Carmen and the House That Gaudí Built is inspired by author Susan Hughes’s visit to Casa Batlló, a residence architect Antoni Gaudí built in Barcelona, Spain, in the early 1900s. The gist of the story is timeless: Carmen does not want her parents to uproot their family from the country to the city. The wild, beautiful woods is where Carmen roams with her imaginary friend, a salamander named Dragon. As the years unfold and the building of her family’s new residence progresses, Carmen becomes acquainted with Gaudí and his vision. She warms to the idea of her new home in the city because it is not grey, straight, or stiff. Casa Batlló is instead characteristic of Gaudí’s organic, colourful architecture.

Marianne Ferrer’s artwork does justice to Gaudí’s aesthetic. Like Casa Batlló, the illustrations have curved lines and warm colours. Browns, pinks, greens, and blues give the book a gingerbread house, fairy-tale feel. Archways, entrances, and skylights commingle with fish and flowers. The illustrations are never contained to a single page; they run across spreads and bleed off the edges. The extended illustrations make for an enchanting, immersive read. The artwork plays with perspective and proportion: a spread that is framed by foliage gives the reader a bird’s-eye view of Carmen as she rests on her imaginary Dragon in the woods; in another, the finished building appears huge and tilted to the reader, much like it would to Carmen as she looks up from the sidewalk. The art is fluid and the text is sensitively nestled inside it. 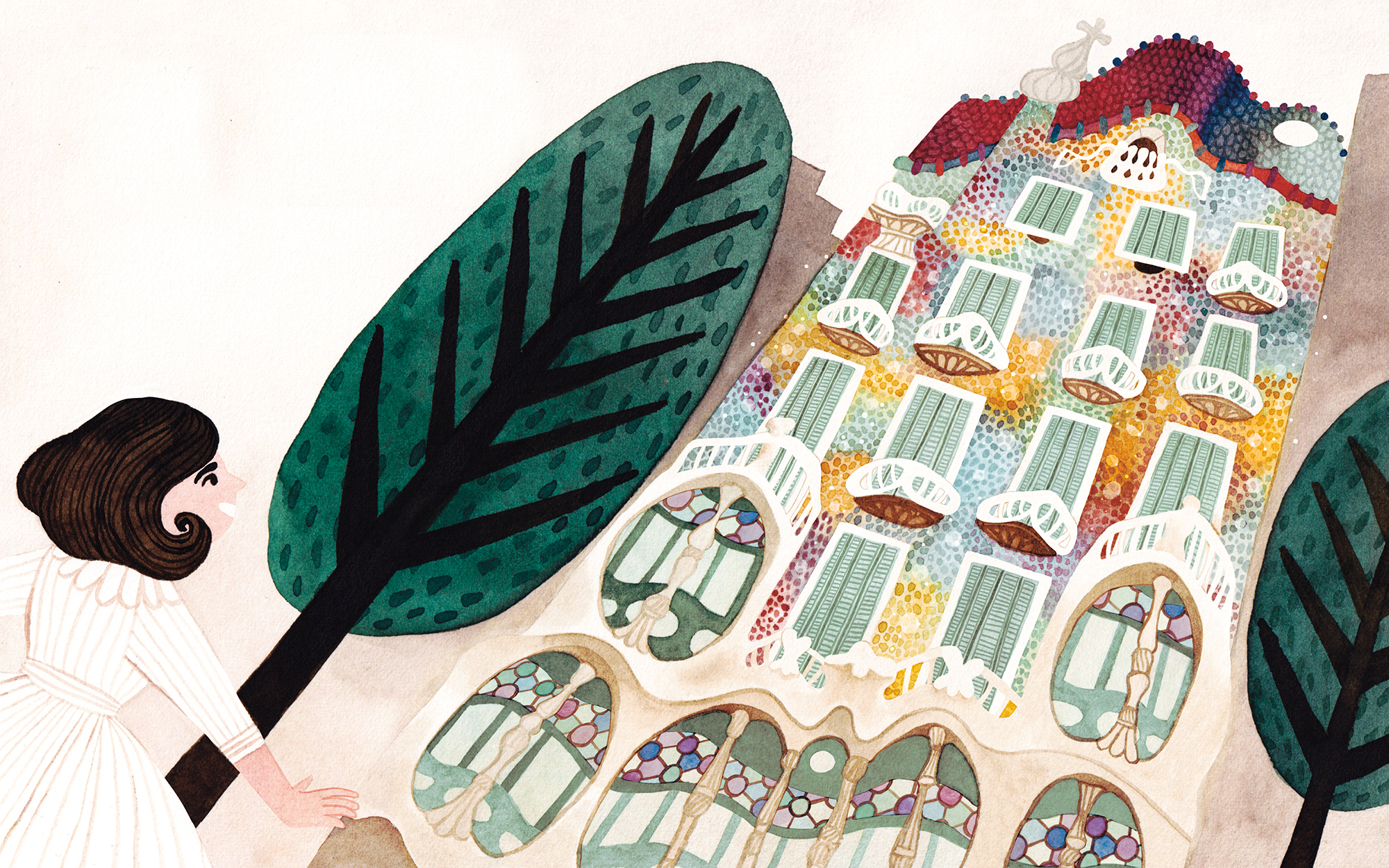 This picture book sits alongside a wealth of recent children’s fiction inspired by historical figures – including Madame Eiffel and the Love Story of the Eiffel Tower and She Made a Monster: How Mary Shelley Created Frankenstein. Like those titles, Carmen is anchored by endmatter that somewhat clarifies what is fantastical and what is factual. The book succeeds on multiple levels: as a relatable story of a child managing change, an emotive introduction to Gaudí’s style, and, for architecture fans, a colourful history of Casa Batlló.