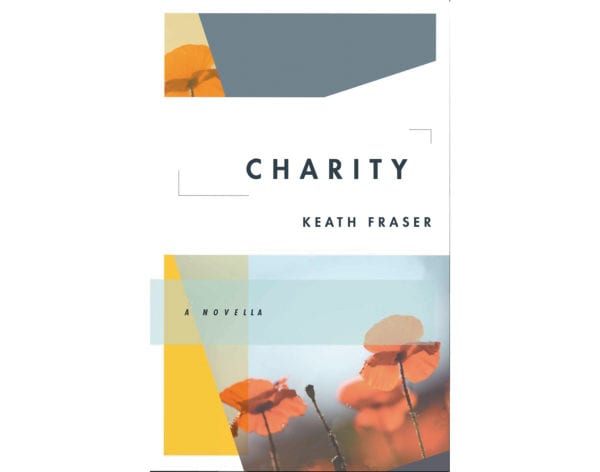 Is there a more misunderstood or neglected literary form than the novella? Even more than poetry or short fiction, the novella tends to get overlooked by readers and publishers alike, neither seeming to know quite what to do with a liminal form that is too long for a story and too short for a conventional novel. Even the dividing line between the story and the novella seems porous: where does the former end and the latter begin? Is the demarcation 10,000 words? 20,000? And how long does a novella have to be before it crosses over into the territory of the novel? How does one categorize a work such as The Metamorphosis or Heart of Darkness?

These are questions that keep publishers up at night, in large part because authors keep writing novellas, forcing their publishers to find a way to bring these borderland works to market. The most popular and efficient way of doing this is by shoehorning a novella into a collection of stories; the least popular – from a sales point of view, at any rate – is to publish a novella on its own.

Windsor, Ontario, publisher Biblioasis has never been particularly interested in what is conventionally marketable, which goes some way to explaining the appearance of Charity, the first work of fiction in 16 years from Vancouver writer Keath Fraser. A companion of sorts to the publisher’s forthcoming single volume edition of Fraser’s selected short stories, Damages, the new novella is a showcase for the author’s subtle prose style, a literary technique born out of an affinity for tense, febrile, implicative language as a way of conveying meaning through prose.

Here, for example, is Fraser’s narrator, Denise, recalling her parents’ fraught union: “Theirs was a mock-bicker mode of marriage, yet one likely to endure for the benefit of some estate plan after papers were sealed and mailed back to a law firm with signatures and reimbursement of an invoice. My father respected invoices. Marriage was less cut and credible.” Passages like this one – that could easily be case studies in any creative writing class – provide a surfeit of character information without resorting to straightforward exposition, a literary skill that appears vanishingly rare in today’s surface-obsessed culture.

Which makes Charity – for all its brevity – a dense, deliberately paced work that requires a reserve of concentration and buy-in from a reader. Denise is the mother of Greta, who has returned from the Ivory Coast after her partner, an octogenarian family friend named Rudy, dies there while working as a contractor for Doctors Without Borders. The formerly obese Greta returns as an emaciated shell of herself, leading her parents to worry about an eating disorder or a drug addiction acquired abroad. To make matters worse, Greta’s birth mother, Judy, has decided to reinsert herself into her daughter’s life.

The story, with undertones of drug abuse, parental sexual misconduct, and (vaguely) illicit romance is tough and morally challenging, which makes the novella’s title all the more significant. If the title of the selected stories foregrounds the darkness in Fraser’s work, Charity does the opposite, encouraging the reader to consider notions of forgiveness and goodwill. There are layers of irony here, to be sure, especially when one considers that Rudy, the late-annum half of the novella’s March-December romance, took the blame for abusing Denise as a girl (the real culprit being Denise’s invoice-besotted father).

Denise’s guilt at allowing Rudy to take the blame for her father’s transgression – “I had rescued my father by slandering Rudy” – provides the bedrock for her willingness to accept the old man’s relationship with her stepdaughter; indeed, the decades-old act of abuse and subterfuge is the precipitating incident that undergirds Denise’s entire world-view. Here, Fraser examines the various implications and permutations of his title in ways that will make a large swath of his readers uncomfortable. This discomfort is, of course, precisely the point.

Notwithstanding the generally uplifting nature of the title, the novella is at its heart a tragedy, which ends in a manner as inevitable as the great tragedies of Shakespeare. Fraser tips his hand in this regard in an epigraph from the classical scholar Gilbert Murray: “Romantic plays with happy endings are almost of necessity inferior in artistic value to true tragedies. … [A] tragedy in its great moments can generally afford to be sincere, while romantic plays live in an atmosphere of ingenuity and make-believe.”

What Fraser is after in Charity is a sincere examination of family in all its moral ambiguity, including its barbed and occasionally corrosive aspects. One of the great advantages of Fraser’s approach is his utter unwillingness to direct the reader’s sympathies; he merely unfolds his narrative and allows his readers the latitude to draw connections and make judgments as they see fit. The layers of complication he provides his characters offer a degree of tentativeness and uncertainty to any reading of the story; Fraser is adept at pulling the rug out from under a reader’s moral surety. That he manages all this in such a compact form proves that the novella is capable of detonating shock waves in a way other genres may have to work harder to achieve – if they are able to do so at all.