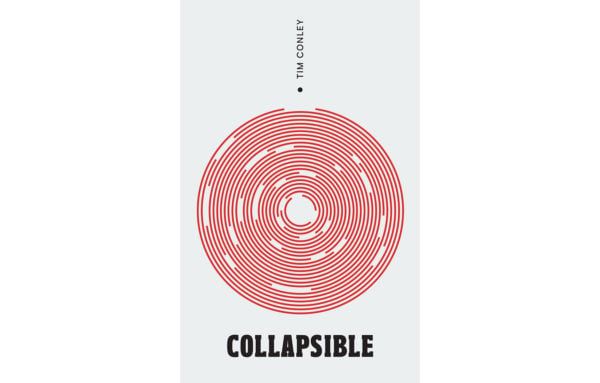 “Avant-garde writing in English Canada has never enjoyed much more than a token degree of prestige among the literati of this country,” write Gregory Betts and Christian Bök in the introduction to their recent critical anthology Avant Canada: Poets, Prophets, Revolutionaries. “While Canada has existed, as a nation, for as long as the tradition of the avant-garde itself, the country has perhaps yet to foster a world-class avant-garde movement of its own.” Certainly, realism – and its aesthetic cohort, naturalism – remains the dominant mode for imaginative prose writers in Canada, notwithstanding the presence of boundary-pushing storytellers such as Daphne Marlatt, Sheila Heti, Kaie Kellough, and Maureen Medved.

Given the evident differences in stylistic approach and literary philosophy underpinning the work of those writers, it is difficult even to say with any degree of certainty what constitutes avant-garde work in this country, as opposed to adjacent categories of writing such as postmodernism or anti-realism. Tim Conley, whose elliptical, quasi-surreal stories could reasonably be considered to traffic in unconventional or experimental aesthetic approaches, signals at least some suspicion about the classification when he has one of his narrators refer derisively to a “wearisome ‘avant-garde’ gesture.”

The story in which that phrase appears, “When the Seals Would Clap No More,” provides a suitable microcosm for the entries that make up Collapsible, Conley’s new collection of microfictions, plotless tales, surreal fantasias, and other esoterica. Presented as the preface to a fictional colouring book called Join the Circus!, the anonymous writer warns against employing the book for its generic purpose, because the images contain more power when rendered in monochrome: “The intersecting circles of clowns and poodles on page 11 are utterly dynamic precisely because they are in black and white, because the artist who gave them exuberant life disdained the superfluous and focused on the power of the line.”

The metatextual games in this story are augmented by an insouciant wordplay (typical of Conley, who lectures on modernism and authored a critical work on James Joyce). The writer of the colouring book’s preface refers to a volume by one Giacamo Spermaceti; The Last Bandstand: An Unbiased Argument Against the Use of the Conductor’s Baton is glancingly designated as Spermaceti’s “seminal book.”

Elsewhere in Collapsible, a man is visited by a ghostly apparition who appears on the couch beside him during Boston Red Sox games, a man practises origami as a martial art by folding human beings into tiny shapes, an apparently autistic narrator visits a city bus driver lying comatose in hospital, and a woman’s feet conspire to induce their owner to treat them better. Conley marshals a succession of anti-realist tactics to examine the nature of human consciousness and its fragility in a world of shifting signifiers and unstable referents.

In “A People’s History,” a society of shadowy figures who adopt the names of well-known people, both real and fictional, engage in an escalating power struggle; the ironic twist here is that the more authentic faction adopts the name “birthers,” a reference to an actual conspiracy theory in recent U.S. history. Though there is a political undercurrent at work here, Conley’s stories are never so determined as to suggest a rigid or incontestable meaning; the title of the collection can refer to the form and function of the short story itself, which the author delights in stretching, reducing, altering, or contorting in pursuit of idiosyncratic modes of expression.