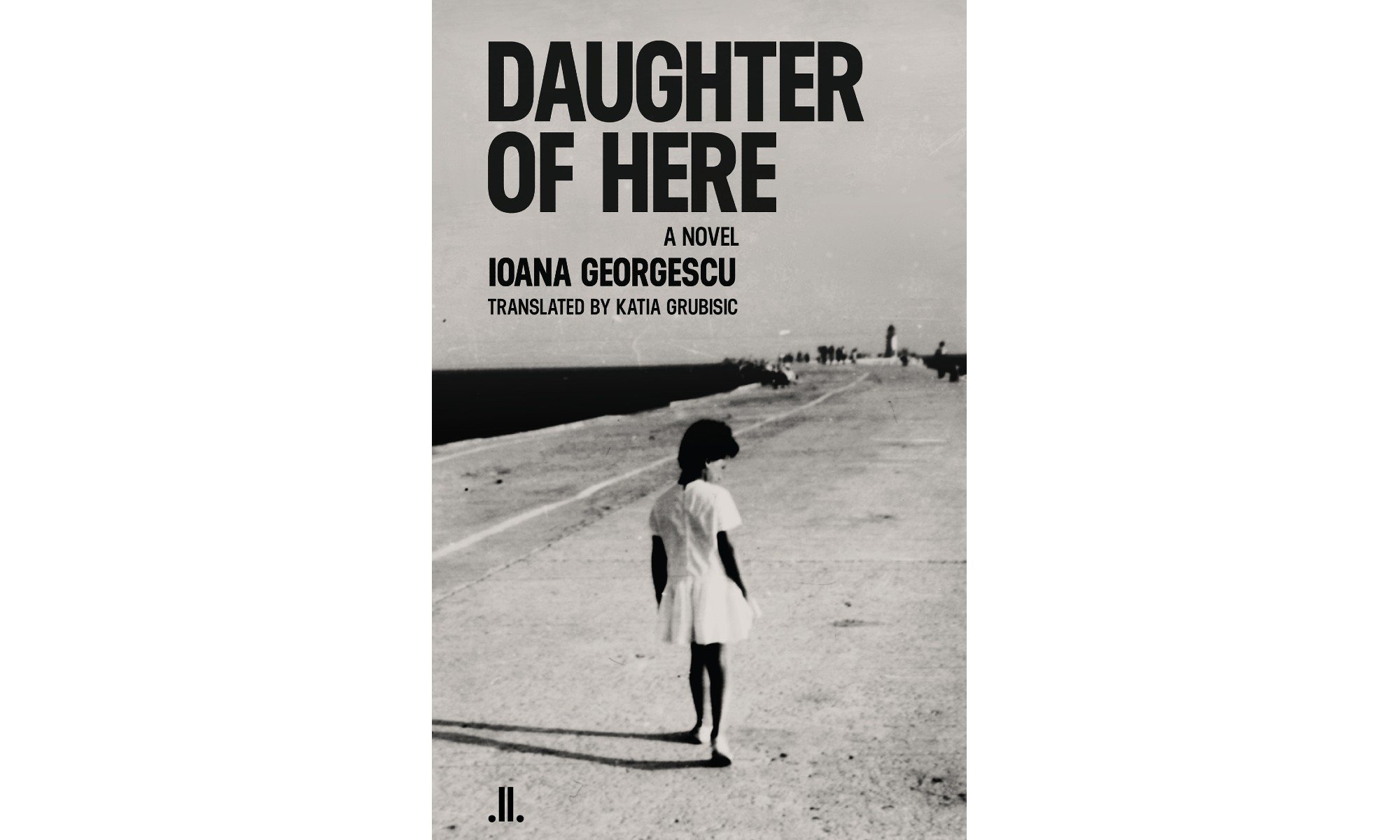 The French title of Ioana Georgescu’s third novel is La jetée. Elle s’appellera Mo. This translates roughly as “The pier. She will be called Mo.” Film buffs will recognize the nod to Chris Marker’s 1962 film La Jetée, about a man held prisoner in Paris for the purposes of testing time travel. Georgescu’s novel reads like a love letter to Marker told through the eyes of Dolores, a Romanian artist in exile. Dolores lives minutes away from Cairo’s Tahrir Square. We witness her love for her little daughter, Mo, and Mo’s absent father, Célestin. Dolores recalls the search for her own father, Habib, a man from Asmara, Eritrea, and her departure from Romania during the brutal Ceauşescu years.

Translator Katia Grubisic’s choice to render the English title of the novel as Daughter of Here is an astute and poetic interpretation that embodies Marker’s influence on Georgescu. Almost halfway through the novel, Dolores begins writing about her past in Bucharest to share it with her daughter: “Once upon a time in the East. In the hall of Otopeni airport in Bucharest, a woman waits.” She relates her personal history in the present tense, making the past more immediate than her present. The effect is deixis: binding Dolores’s past to her daughter’s future.

The opening of the novel harkens to this deixis through another mother-daughter relationship: that between Dolores and her mother, Adina, who kept secrets and never broke her silence about how she met Habib. Dolores’s motivation to break the cycle of her mother’s silence by telling her daughter about her own past offers a Möbius-strip structure that recalls Marker’s film. In La Jetée, the prisoner is haunted by a pre-war memory of a woman on a pier and a person dying. After the prisoner’s usefulness has been exhausted, he asks to be returned to that earlier era. When he arrives, he realizes that the memory was of his own death.

Georgescu’s novel similarly dips into the surreal. In the last third, the plane that Dolores is on crashes: “I see a bus flipped over, cars balled up like Kleenex, wires dangling like frayed spiderwebs, buildings toppled like playing cards.” Georgescu relies heavily on description; the protests at Tahrir Square are written in the future conditional tense – “The protests will take up all the space, sidewalks will be dark with blood” – conveying something like foresight even though the events have already occurred in the real world. This approach is not clunky because author and translator both place us firmly within an artistically altered state of reality. The prophetic tones and allusions may seem pretentious to some, but they function as Dolores’s way of understanding the world, and Georgescu makes room for us in this endeavour.

Daughter of Here is not simply a globe-trotting read for the pandemic. It’s a testament to the ways that storytelling keeps us alive. Its meandering paths are purposeful, always implying possibility.