Dead Reckoning: How I Came to Meet the Man Who Murdered My Father 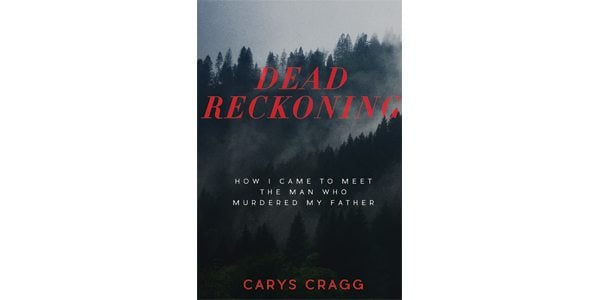 “The world stops caring, and we all fall down.” This sentiment lies at the heart of Carys Cragg’s gripping and immersive memoir, Dead Reckoning: How I Came to Meet the Man Who Murdered My Father. What begins as a cautious back-and-forth between Cragg and her father’s killer swiftly moves into a rich, multi-faceted rumination on the nature of punishment, restorative justice, and the harsh reality of reconciling a life with that of someone else, when what brought those lives together is an act of immense violence.

In 1992, when Cragg was 11, her father – a liked and respected Calgary physician – was murdered by an intruder who broke into their home. The year following the crime, the perpetrator was sentenced to life in prison. Twenty years later, Cragg – by then in her early 30s and struggling to come to terms with the murder and its impact on her family – entered into a correspondence with the murderer in an effort to understand his history and how this, by extension, has affected her own.

Dead Reckoning is a delicate weaving of narrative threads: one follows Cragg as she writes letters to the incarcerated murderer, while another, told in the third person, depicts her childhood memories of her father, Geoffrey, in the years leading up to and following his death. The book is structured in sections that use the metaphor of sailing (“In Irons,” “Heave-To”) as a way to steer the reader through this terrain. The framework is effective and Cragg’s letters are astonishing in their empathy and insight. A youth worker herself, Cragg is no stranger to the ways the system can fail those most vulnerable among us. As a narrator, she is adept at plumbing these failures as a roadmap to navigate the questions and beliefs that have influenced her own life.

The immediacy of Cragg’s first-person narration lends these sections an additional, necessary weight. This does at times render the interpolated third-person narrative – presented as small snippets throughout the book – somewhat thin. Though Cragg makes reference throughout Dead Reckoning to the struggles she experienced in her teens and early 20s, it isn’t until the book’s final third that we get more concrete details about the impact the murder has had on her family. Extending these sections could have further enriched our understanding of this familial history.

Notwithstanding this, Dead Reckoning is a work of staggering grace – a book that highlights the nature of restorative justice for perpetrators and victims alike. It is also testament to Cragg herself, whose fierce search for empathy allows her to traverse a seemingly impossible divide.