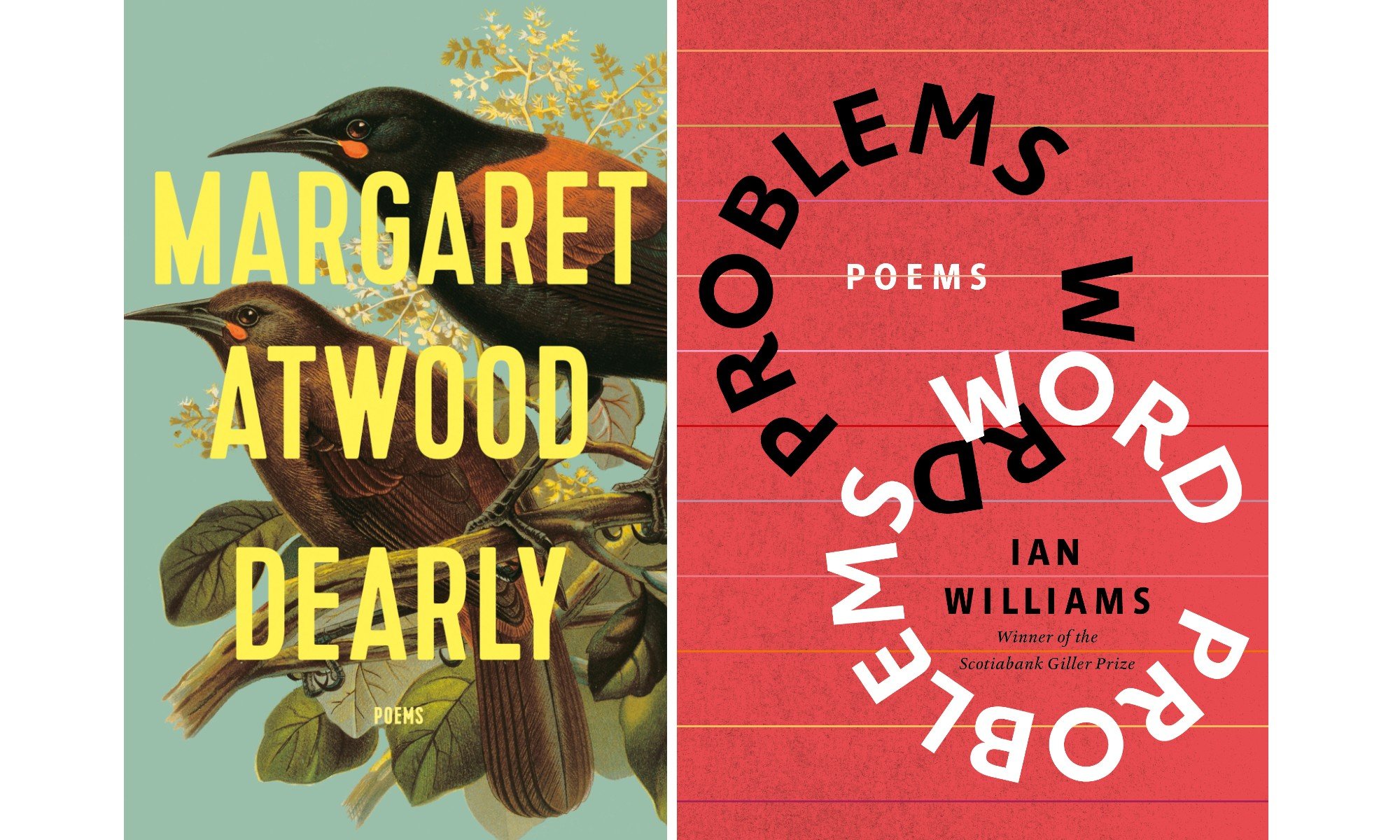 Margaret Atwood captures the tone of her latest collection in the title poem, when she writes, “Don’t think this is morbid. / It’s just reality.” “Dearly” best encapsulates the poet’s musings on time as an airy nothing: airy, from “done in the air,” and nothing, from “no thing.” Atwood delves into the slipperiness of time as a non-linear and veiled shadow-beast capable of revealing and denying a lifetime of experience through layers of memory, myth, and chiaroscuro.

Following its dedication, “For Graeme, in absentia,” the book opens: “These are the late poems. / Most poems are late / of course: too late, / like a letter sent by a sailor / that arrives after he’s already drowned.” The aftermath of grief is writ on time zones of the heart: that of present grieving, and that of living in the past’s fuller bloom. “Still, sing what you can. / Turn up the light: sing on, / sing: On.”

We repeat what we need to make sense of, and Atwood repeats words, sounds, and symbols as Dearly’s narrative stitches a perspective that simultaneously looks forward and backward, its narrator stuck in a present that no longer makes sense. Internal worlds are at play with past and present, and all is perceived simultaneously. Larger philosophical questions arise out of the quotidian: “The clock ticks and the day shrivels. / Dark sifts down on us. / How long should I stay?” The mechanism of time becomes illusion, dream, and denial all at once. The narrator decides it’s all too much and even the Tin Man would renounce a heart now: “I’ve changed my mind / Hearts hurt.” The result? “Therefore I praise vacancy.”

Atwood fans will be pleased to find work that contemplates the body as commodity, inserts subtle praise of nature as superior to humankind, and enjoys a cynic’s raw-eyed view of decomposition tinged with viscera and mystery. Mushrooms, blackberries, and spiders are windows on other worlds; the aging are fated to become wandering werewolves and zombies. In this book, grief is pervasive; there are unanswered and whispered velleities, unrealized human awareness, and recognition of platitudes and stupidities. Atwood variously engages in ruminations on the supply and demand of plastics, a contemplation of a birdless world, and the use of red to symbolize anger, blood, destruction, and fire.

Dearly is an atheist’s book: one in which no God saves, one that burns in the here and now while shifting between pasts and futures. There are no saviours, only shadows.

Poet and Scotiabank Giller Prize–winning novelist Ian Williams, too, plays with time in his collection Word Problems. He blurs perceptions of the body, time, race, and reality in this stream-of-consciousness experiment in language, expression, and apprehension. The book opens with a consideration of white space – both on the page and as a racial construct. Williams considers the space available to a Black man in relation to others, jobs, travel, rights, and responsibilities. However, rather than the usual types of exposition, Williams uses artistry to lean into expectations from society regarding identity.

Many poems can be read in different ways. Margins are used typographically in a metanarrative that impinges upon interpretation and structure with innovative brilliance. The entirety of the second section has a commentary on racial profiling that unfolds in the margins of the page.

Williams narrates without preaching or moralizing. He blends stutters of refrain, pastiches of identity, and shifts of tense. Language and perception become a playground replete with all the fun and cruelty children bring to their games. Williams does not shy away from the difficult: the word play combined with the subtext creates a fascinating and evocative discourse that works on the level of language and of social commentary. Everything is at once itself and something else: “Cut back on reading so much / about microaggressions. Civics are not known / for their civility. Not the white ones. True.”

Another fascinating element of the collection is the way Williams incorporates lyric and line as a background soundtrack. Embedded throughout the text are lines of pop songs, Shakespeare, and other poets. Within one page the tone can shift from contemporary vernacular to formalized diction and back again, resulting in a dystopian and delightful effect that feels like Bill and Ted in their time machine. This type of skill, rarely handled so deftly, is invigorating: “The Boomers go . . . from line 9 to 5 while you shadow them with a scythe, / teach sessional, practice a marriage like foul shots, read up / on autism, read Canada Reads, take a postable vacation / in Valencia or Icarus filter that leadeth to destruction.”

Both Williams and Atwood delve into the shiftiness of time, destruction, and body memory. Both are robust reads.