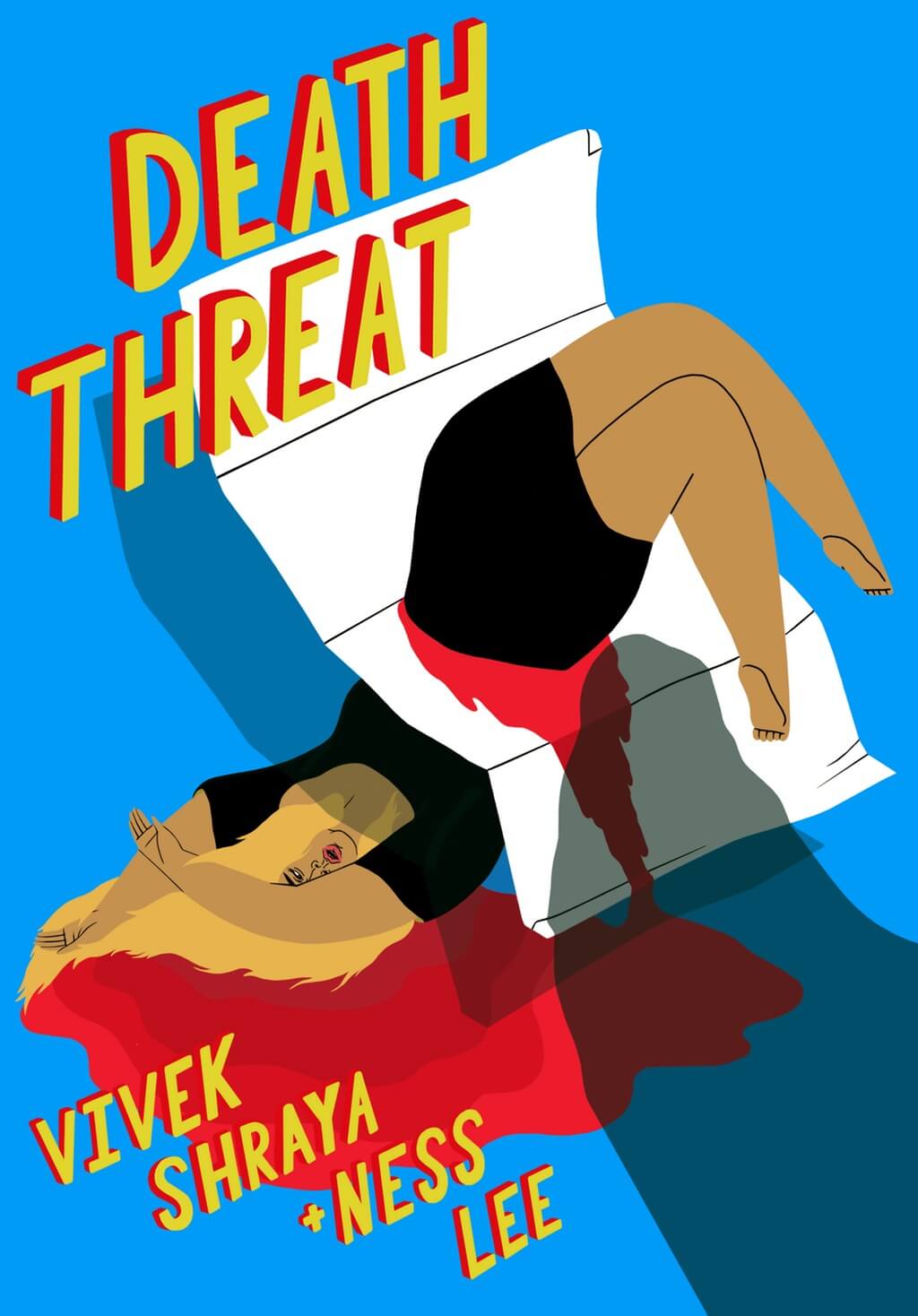 Right from its slim hardcover format – reminiscent of French-language comic albums and seldom seen in English comics – it’s clear Vivek Shraya and Ness Lee’s Death Threat is no ordinary graphic novel. Both writer and illustrator are working outside of their usual disciplines, but both – Shraya especially – are veterans of multidisciplinary projects.

Death Threat illustrates a string of transphobic hate mail Shraya began receiving in her inbox in the fall of 2017. Why did the perpetrator send these messages? That’s the central question at the heart of Shraya’s inquiry, and she approaches it with unusual empathy for the sender. These aren’t quite your garden-variety trolling missives: the sender includes a home address and draws on Hindu terminology and mythology to explain the decision to send Shraya hateful messages. Then, seemingly veering away from outright threats, the sender begins to opine on Shraya’s gender.

“Initially, your letter amused me. I shared it with friends,” Shraya writes. She takes us through her thought process as she tries to establish who or what is at the bottom of the messages and how to respond, skilfully weaving in questions about our culture of victim-blaming and how her marginalized identities might work against her if she chose to report her antagonist. “Maybe I had nothing to complain about. I was lucky to be loved. And doesn’t being trolled on the internet go hand in hand with being feminine?”

Employing flat primary colours, plus the odd gradient, Lee (who primarily works in illustration and ceramics) mixes expansive full-page layouts with panel-based narrative. Lee’s images are beautiful and the illustrations are sharp, the colours (done by Emmett Phan and Hieng Tang) recalling the simplicity of protest posters. The images of pointy-haired trolls are metaphorically spot on and merge seamlessly into visuals of flames, Shraya’s hair, and other shapes. The panel layouts tie the death threats into the shape of Shraya’s everyday life – going to work, making breakfast, playing guitar, watching goat videos online.

Over the course of a couple of months, the idea of turning the messages into a book starts to take shape in Shraya’s mind – ironically, at the very moment the sender seems to disappear. The end of the graphic work, which involves Shraya and Lee exchanging repeated emails about the stress of completing the volume, feels a bit unwieldy and disconnected from the rest of the narrative. There’s no clear resolution, but then, what internet troll offers such a thing? The last pages tie the story together with gorgeous imagery alluding once again to mythology.

This short narrative is an unexpected and ebullient pairing of two rising stars in Canadian writing and illustration, approaching a fraught subject with an unconventional and surprising look at the perspectives of both perpetrator and victim.