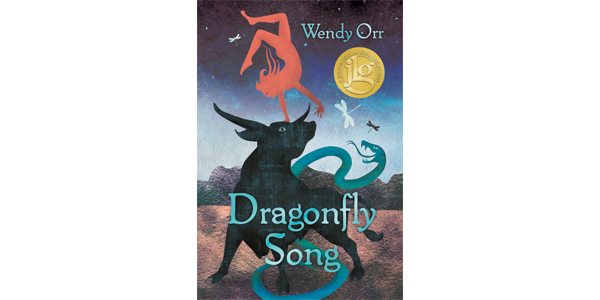 Ancient Minoan civilization comes to life in this highly anticipated new middle-grade novel by the author of Nim’s Island.

Aissa is the first-born daughter of the high priestess of her island nation, destined to inherit her mother’s role and the powers that allow her to communicate with the sacred snakes. But instead, a birth defect and ensuing bad omen cause her mother to discard her. She struggles to survive at the margins of society, learning tricks and skills to stay alive. As she grows, so does her ability to charm and influence cats, snakes, and other creatures.

Each year, the Bull God’s ship comes to the island to claim a tribute, and a boy and a girl must leave to become Bull Dancers. It is said that if a dancer survives, the island will be forever free from the tribute ritual, but so far, no one has returned. When Aissa is called upon to go, she must find the strength to journey to the Bull God’s city and face his terrible dance. She may even get the chance to free the very people who once cast her out.

Dragonfly Song alternates between traditional prose and free-verse poetry every few pages. Perhaps this approach is meant to resemble the epic poetry of the historical setting, but unfortunately, the free verse lacks the musicality of Homer. The poetry seems to serve as Aissa’s internal monologue, but this effect is inconsistent. Shifting between poetry and prose chops up the narrative and ultimately makes it difficult to fully commit to the story. It also makes the book look significantly longer, which could be a stumbling block for reluctant readers.

Notwithstanding this baffling stylistic choice, Dragonfly Song is an impressive work of middle-grade historical fiction. Aissa is a brave, tenacious girl, who rebels against the constraints of her life without appearing anachronistic. There isn’t a lot of young people’s fiction set in the Bronze Age, and the details here are lovingly researched, creating a transportive world. Especially noteworthy is the representation of religion in a pre-Christian setting, as the book explores both its beauty and brutality.

The plot really takes off in the last third, once Aissa makes her way to the Bull God’s city, and eventually the novel becomes engrossing enough that the poetic sections are no longer annoying. Hopefully young readers will give it a chance, because Dragonfly Song rewards persistence – both for Aissa and the reader.